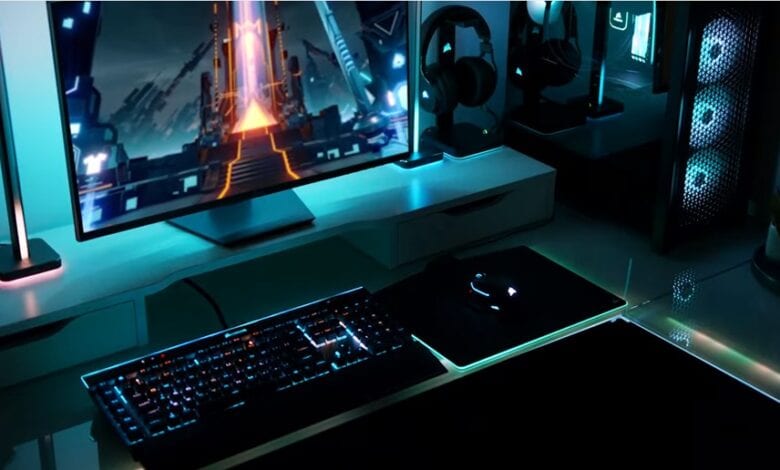 The evolution of video games is never-ending. Developers are constantly pushing the barriers of what is possible in terms of graphics and gameplay, and as a result, we’re seeing some of the most cutting-edge and sophisticated games hitting the shelves.

But, gamers need computers that can handle the heavy processing loads that these games require to play lag-free and get the most out of the experience. Luckily a glut of powerful gaming PCs are hitting the market, and are becoming ever more affordable. The Corsair Vengeance A7200 is one such computer, featuring high-performance processing power and graphical capabilities. Gamers lucky enough to get hold of one (they are selling like hot cake) can immerse themselves in a smooth, glitch-free experience playing the most advanced games out there. It’s not surprising the reviews have been glowing so far.

Combining an AMD Ryzen 9 5900 processor with the NVIDIA GeForce RTX 3080 graphics card – both extremely hard to find as components for a self build – the Corsair Vengeance A7200 looks mean. With such high-performance features and a sub $3,000 price tag, the A7200 is already in huge demand, and as with the components, the demand is way higher than the supply, meaning gamers will be falling over themselves to get hold of one.

Corsair is better known for their high-performance aftermarket parts rather than stand-alone PCs, but reassuringly their parts make up most of this machine.

Modern video games often require the console or PC to deal with complex tasks and run processor-heavy applications to perform at the highest levels. We’ve seen some of the most graphically complex games in history released over the last few years.

The Witcher 3: Wild Hunt released by CD Projekt Red in 2015 is a good example – a massive open-world fantasy game in which the protagonist hunts monsters across a sprawling variety of landscapes. The graphics are powerful and atmospheric – the game is set on the ‘Continent’, a world of snow-capped mountains, lush forests based on Central and Eastern Europe with a Slavic touch.

Another good example of a game that requires a combination of processing speed and graphical capability is Ubisoft Quebec’s Assassin’s Creed Odyssey, which brings to life Ancient Greece in all its glory. Set circa 431 BC, it is set during the Peloponnesian War between the city-states of Athens and Sparta, and the detail is utterly mesmerizing. Online gaming is par for the course now, and a slow processor that lags can really ruin the immersive experience offered by modern games, meaning that Corsair a series are a true wish come true for many.

A little different, but still captivating example is the world of online casinos. They have not been left behind in the push for ever more visually impressive games – developers are producing fantastic versions of casino classics, featuring futuristic slot machines with storylines, levels, and cutting edge animation. These games constantly evolve and these updated versions are available from websites like vegasslotsonline.com. Software providers such as IGT, Bally, Aristocrat, and WMS Industry are relentlessly pushing for performance and new features to create a feeling of flow and seamless functionality. As far as online casinos are concerned, gaming PCs like Corsair VENGANCE with its graphics card, can help maximize the full potential of these pastimes.

We mentioned that the graphics card and processor were hard to find. Actually, they are impossible to find if you want to build your own gaming computer. So, the Corsair Vengeance A7200 – despite a price markup from buying the elements separately – is a great solution for gamers. The NVIDIA GeForce RTX 3080 delivers silky smooth, top-end graphics, with amazing detail even when playing at maximum detail at 4K.

The machine is housed in a 4000D mid-tower case with sophisticated – and quiet – H100i RGB Pro XT liquid cooler and has an RM750 80 Plus Gold PSU, and 32GB Vengeance RGB Pro DDR4-3200 memory.  A lower-spec is available if your needs aren’t as great, this still has 1TB SSD but lacks the 2TB HDD of the higher-spec.

The Corsair Vengeance A7200 offers a second-to-none 4K gaming experience with the graphics card and processor able to deal with intense gaming – and at the relatively low price of $2799, you get plenty of bang for your buck.