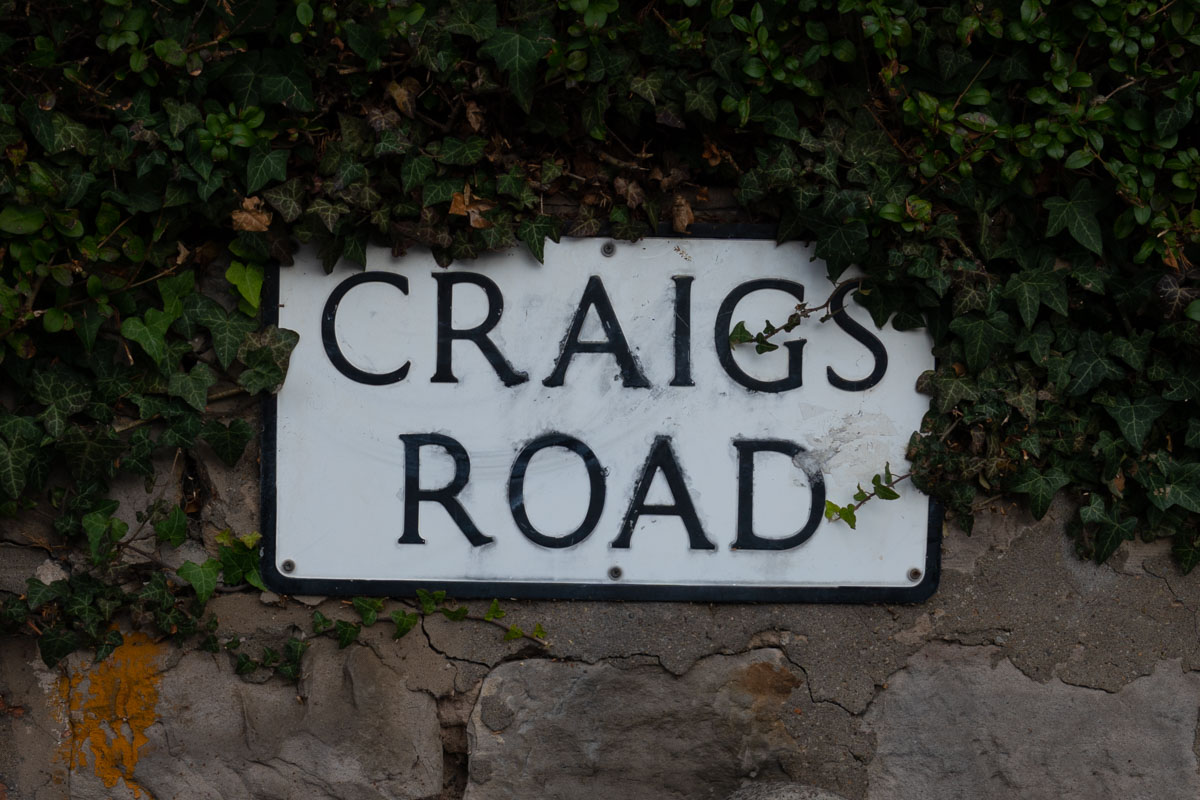 Opposition councillors are demanding that the council consults with residents ahead of implementing plans for a low traffic neighbourhood scheme in East Craigs.

The council’s ruling SNP/Labour coalition set out plans for a Low Traffic Neighbourhood (LTN) in East Craigs earlier this year. This initially included road closures on Craigs Crescent, Craigs Avenue, North Gyle Road, and Craigs Gardens, as well as a partial closure on North Gyle Terrace (which is closed anyway due to SGN roadworks). The initial plans have been changed by the council twice in response to residents.

The scheme will introduce a bus gate on Craigs Road at the junction with Maybury Road, and other traffic calming measures will be introduced on surrounding roads. There are already speed bumps on Craigs Road.

The council has been accused of overstepping the mark by using emergency coronavirus powers to implement these changes without consultation. There have been extensive discussions at the last two Transport and Environment Committee meetings about the measures.

At the latest TEC meeting last week Conservative opposition councillors believed they had persuaded the administration to think again, when the convener of the committee, councillor Lesley Macinnes, appeared to indicate the council was prepared to consult first.

Cllr Macinnes told the meeting: “I’m going to recommend we move forward with the report, with two changes – these are verbal amendments I’m making.

“When it comes to 1.1.4 [which originally called for the immediate implementation of the scheme], I’m going to make a suggestion, because I’m very concerned about where and how we can undertake proper public engagement around this move towards an experimental traffic regulation order.

“So the wording I would put into there is we propose full public consultation prior to a decision by a later transport committee, date to be confirmed, as part of the process for an experimental traffic regulation order process for the introduction of an LTN.

“So I’m changing that sentence to re-emphasise our desire, and the need for, public consultation before we make progress on that.”

After the discussion, Conservative councillors demanded that the East Craigs proposals be ratified by the full council, which meets tomorrow.

Opposition councillors say that the report published ahead of that meeting suggests councillors will implement an ETRO before seeking public consultation ahead of introducing the East Craigs LTN.

It asks councillors to “approve commencement of an experimental traffic order and to propose a full public consultation prior to the decision by a later transport and environment committee, as part of the process for the introduction of a LTN in East Craigs.”

It also reads: “Recognising that the local community are keen to be involved in developing and refining plans for such a scheme and the importance of ensuring the that the strategy for the wider west Edinburgh area, it is proposed to progress with the permanent scheme initially as an Experimental Traffic Regulation Order (ETRO).

“This will help to facilitate a greater depth of public consultation during the first six months of the changes being in force, once the local people have had a chance to experience the LTN in operation which can then be considered in preparing plans for the permanent TRO.”

When the committee agreed the motion with verbal amendments last week, the Conservative Group asked for the matter (along with at least two others on the agenda) to be referred to the full council for ratification.

Speaking ahead of the meeting, Pentland Hills councillor Susan Webber, transport spokesperson for the council’s Conservative group, said: “The convener was very upset that I referred this on, but there was a part where the meeting went into private business, and afterwards we agreed a verbal amendment to the report.

“Our red line was line 1.1.4 of the report, which was going ahead with the LTN without prior consultation.

“We interpreted the convener’s intention as having a consultation before anything happened.

“Local residents were very pleased to hear this, but by devil are they glad we referred to it to the full council, as the community are not happy at all there will be an implementation of the LTN without prior consultation.

“If the council is finding a problem then it needs to investigate it, rather than just implementing schemes without talking to residents first.”

Councillor Webber also took aim at the council’s use of temporary coronavirus legislation, which gives them the power to introduce traffic schemes without consultation.

She added: “They’ve had this on the back burner and we have a sneaking suspicion they know they would never have got this through without prior public consultation and they saw this as a way to do it.

“We’ve only got political avenues to try and stop this. If they do want to carry on down this rabbit hole then crack on, but consult first.

“This has been going on so long that by now they could have had a consultation anyway.”

The full council meeting is on Thursday 19 November 2020 and you can watch online here.

This is the paper which will be considered: