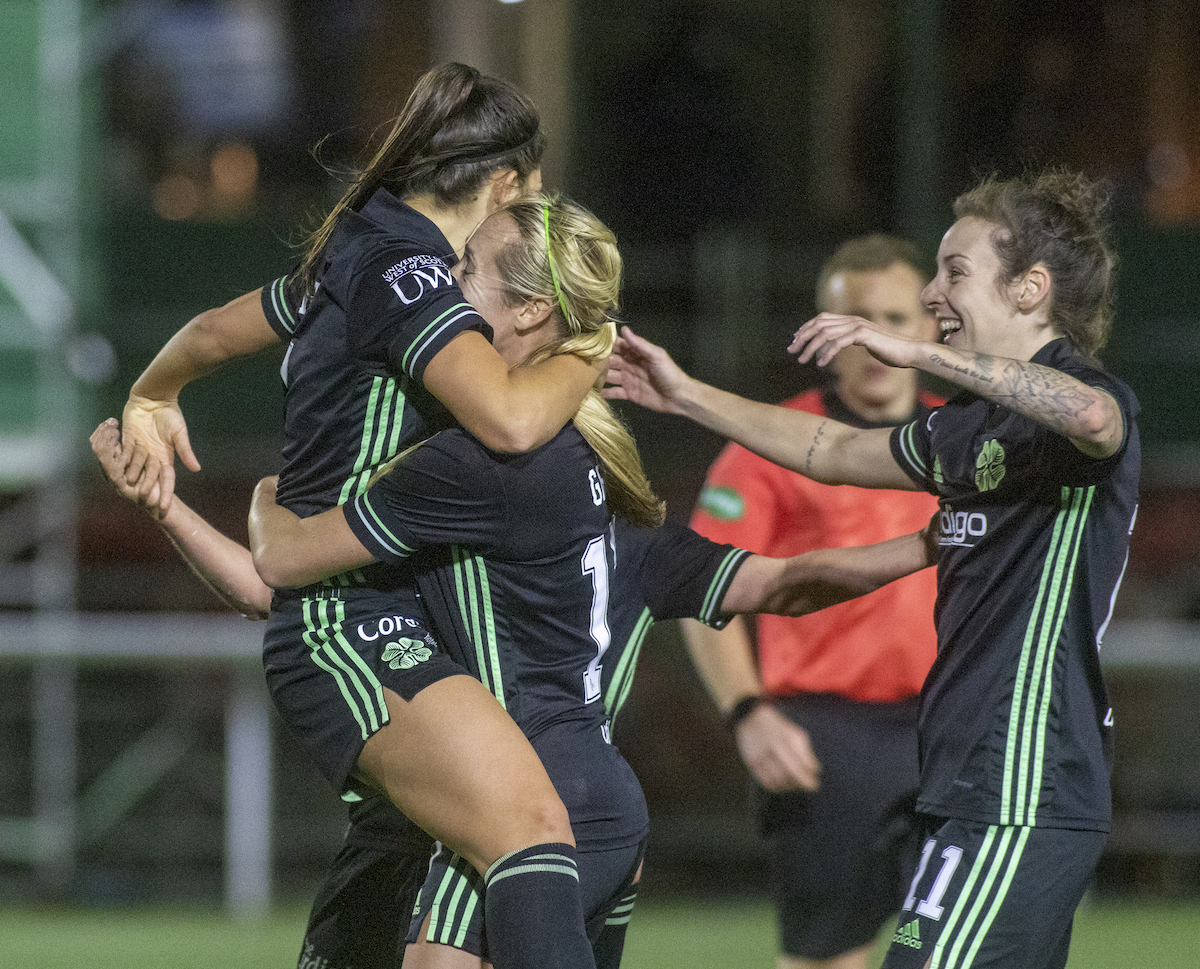 After narrow defeats to Rangers and Glasgow City, Hibs suffered their third successive loss, this time against Celtic, but the margin was much more comprehensive and the visitors returned to Glasgow with a 6-2 victory.

Hibs started on the front foot but it was the visitors that opened the scoring in the 10th minute when Jodie Bartle found the net with a fine header from a Natalie Ross corner.

Moments later Rachael Donaldson played in Anita Marcos who did well to remain onside before running through and calmly knocking the ball over Sophie Allison from the edge of the area to double Celtic’s advantage.

Hibs continued to fight however and in the 23rd minute Eildh Adams was brought down inside the area by Natalie Ross and Rachael Boyle converted the resultant penalty kick.

Charlotte Potts fired just over the bar as Hibs looked to find a equaliser but instead it was the Hoops who extended their lead.

Sarah Ewens drove into the box and fired in a shot from an acute angle which Allison could only parry into the path of Marcos who knocked the ball into the net from close range.

In the 39th minute Lisa Robertson scored Celtic’s fourth with a tremendous strike from 30-yards which flew over the head of Allison into the net.

Just before the break a long ball deceived the Hibs’ defenders and Natalie Ross was on hand to fire the ball low into the bottom corner of the net.

Five minutes after the restart Hibs pulled one back when a corner from the left struck Marcos and fell to Potts who made no mistake from eight yards.

Moments later Celtic restored their four-goal advantage in style when Jenna Ross and Summer Green exchanged silky passes through the midfield area before Green fired in a superb 25-yard strike which flew over Allison’s head.

Allison then produced a fine save to deny Marcos a hat trick as the visitors continued to look for more goals.

In the 78th minute Siobhan Hunter was shown a yellow-card for a challenge on Ross but the resultant free-kick from Robertson didn’t trouble Allison.

Hibs continued to press forward at every opportunity however the Celtic defence held firm and the game ended with a 6-2 defeat for Dean Gibson’s team.