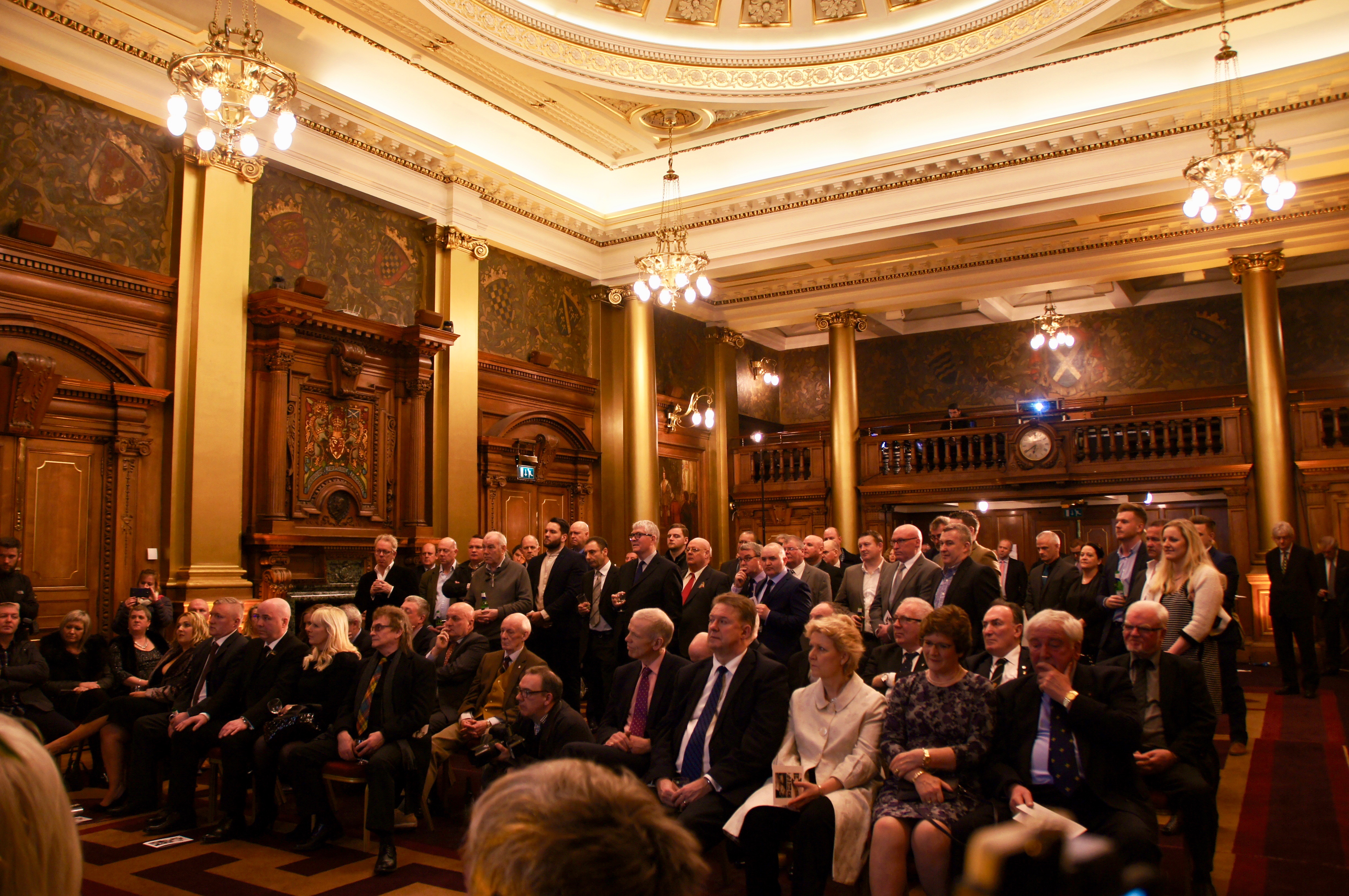 The City of Edinburgh Council has opened the search today for the next recipient of The Edinburgh Award.

Established in 2007, the Edinburgh Award is a way for Edinburgh to pay a lasting tribute to those outstanding individuals who have made a positive impact on the city and gained national and international recognition for the capital.

Communities, businesses and individuals across Edinburgh now have three weeks to cast nominations for the 2020 award, before a recipient is selected by a panel chaired by the Lord Provost.

Recent recipients include philanthropists Sir Tom Farmer and Tom Gilzean and larger-than-life rugby legend Doddie Weir – each of whom has a cast of their handprints imprinted in flagstones in front of the City Chambers.

Last year’s recipient was owner, CEO and Chair of Heart of Midlothian Football Club, Ann Budge. She became the 13th person to receive the Edinburgh Award, in recognition of her business success and community work, and for services to sport in Edinburgh.

Urging citizens and businesses to nominate someone for the Award, the Rt Hon Lord Provost Frank Ross said:“Edinburgh may be a small city, but I’ve always maintained that it punches well above its weight on the world stage thanks to the talents and achievements of our fellow citizens. The Edinburgh Award is your chance to celebrate those people who make Edinburgh such an inspiring place.

“2020 has been a year like no other and we have seen outstanding commitment and care demonstrated by the people of Edinburgh. There has been a huge community effort made by individuals and organisations to tackle the impacts of coronavirus and people have gone above and beyond to help their fellow citizens. I’m hoping to see many recognised in this year’s nominations.

“The Edinburgh Award has been presented to many truly outstanding recipients over the years, most recently Ann Budge. We need everyone’s help to tell us – who should be next? Who deserves to follow in their footsteps to become the 14th recipient?

“Please help us celebrate the people of Edinburgh’s achievements by proposing a nominee now.”

Nominations can be made online and must be received no later than noon on Friday 4 December 2020.

The presentation of the Loving Cup and the handprints in the City Chambers Quadrangle will take place when circumstances allow.