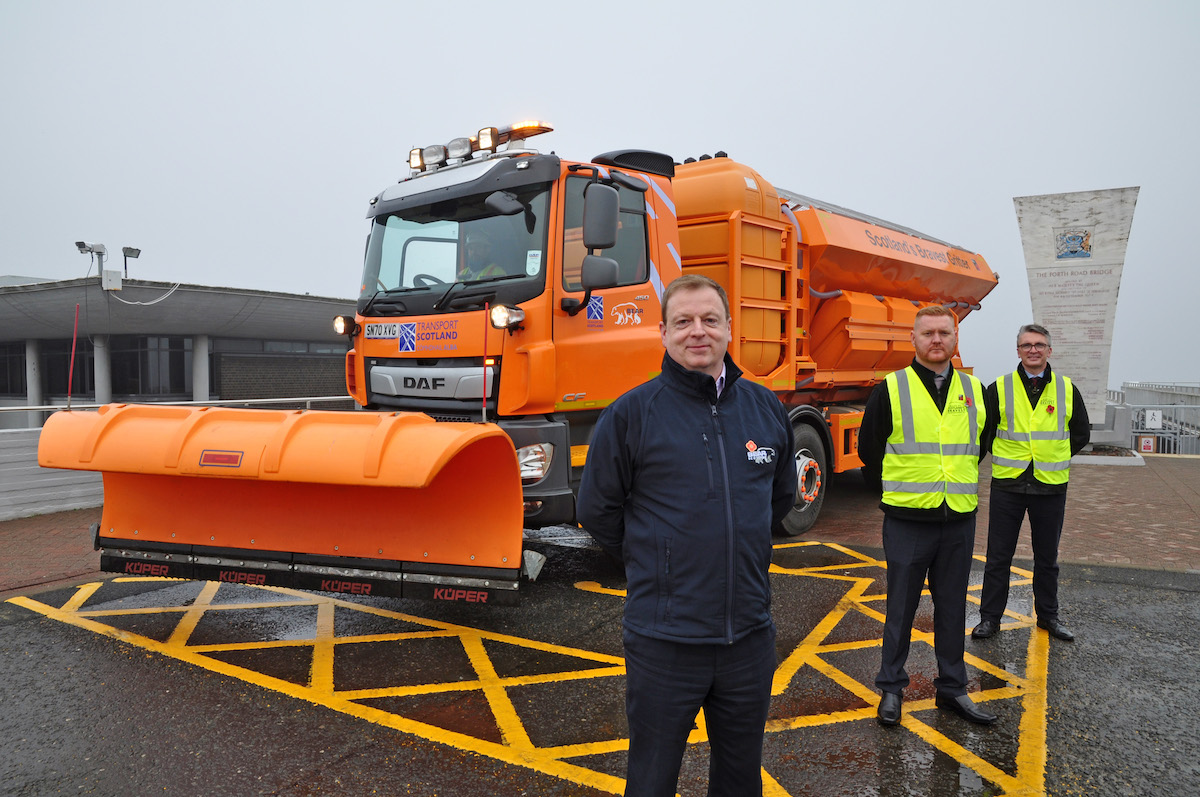 A brand new 32 tonne gritter which has just taken to the roads, is to be called Scotland’s Bravest Gritter, and it will feature the Royal British Legion Industries (RBLI) logo. Drivers should look out for the new vehicle on the M8, M9 and M876.

BEAR Scotland have taken over responsibility for managing and maintaining trunk roads in south east Scotland and they wished to demonstrate their ongoing support for veterans.

The road maintenance company endorses veterans and the UK Armed Forces community with its strong links to the British Army Personnel Recovery centre in Edinburgh, and the social enterprise, Scotland’s Bravest, with employment opportunities for veterans at the manufacturing company in Erskine. Scotland’s Bravest is BEAR’s preferred supplier of traffic signs, and it also offers recruitment support for veterans with the Career Transition Partnership.

“Its support has helped us grow from a small team of eight to 19, of which 13 are beneficiaries. When BEAR moved their contract to us they immediately recognised the social impact our supported business makes to society and that we can deliver excellent quality goods with on time delivery. Their business choice has had a direct impact on the lives of Scottish veterans.”

BEAR is also a silver member of the RBLI’s recently-launched national veterans supporter club, dubbed the Tommy Club, in recognition of its donations and support. Two ‘Unknown Tommy’ statues, produced by veterans working at RBLI have been erected at BEAR’s offices in Queensferry and Perth.