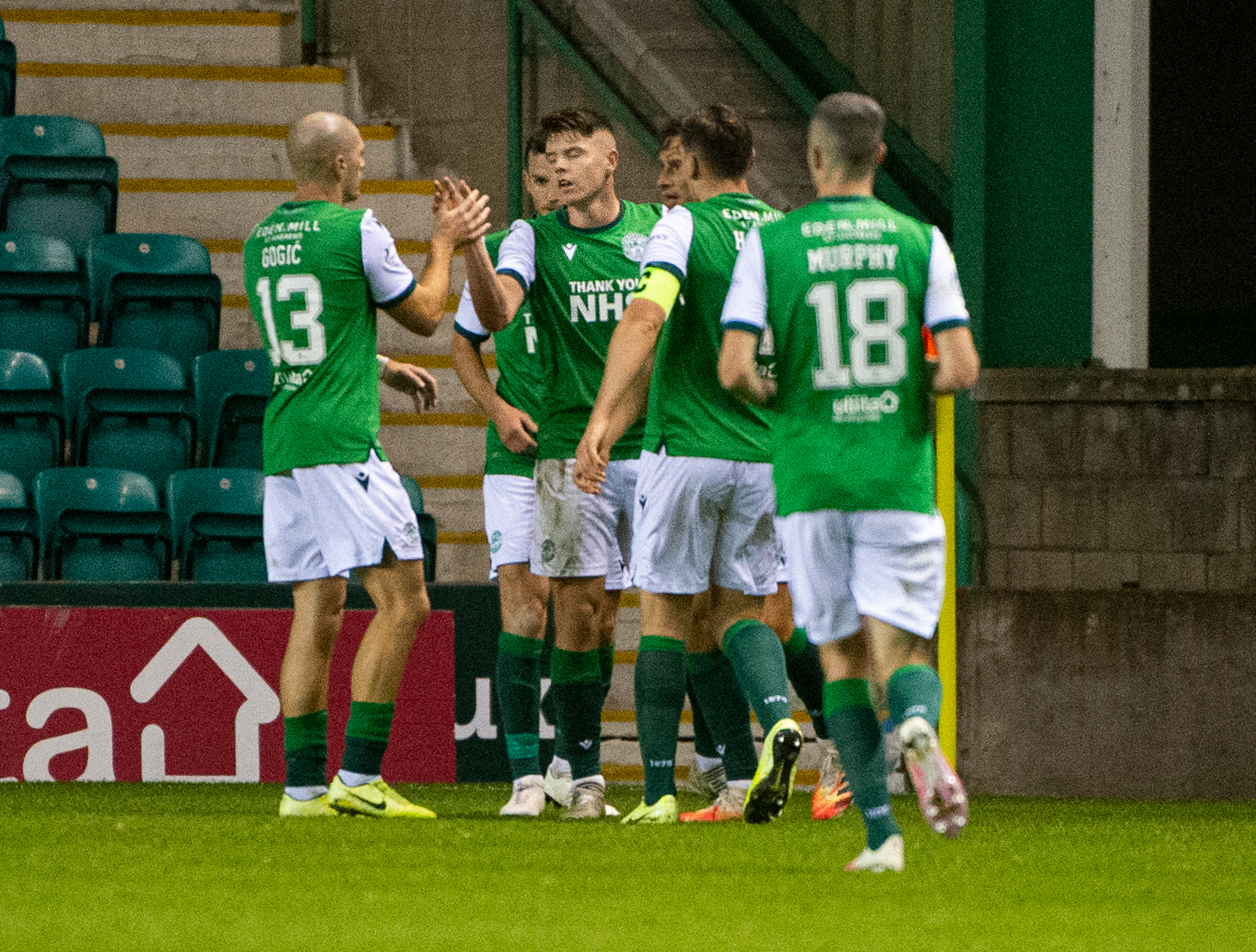 Hibs’ striker Kevin Nisbet admitted that Celtic’s late equaliser made yesterday’s 2-2 draw feel like a defeat but pointed out that the Hoops have won nine titles in a row and have great players.

After a goalless first-half Jamie Murray opened the scoring after Nisbet’s penalty was saved by Scott Bain.

The pair combined again to make it 2-0 after Murray’s flick on fell to Nisbet who fired a superb left foot half-volley into the bottom corner of the net.

Celtic continued to press forward and were fortunate to be awarded a penalty after an accidental hand-ball inside the area by Paul McGinn which substitute Odsonne Edouard dispatched then in the dying second Diego Laxalt equalised.

When asked whether it felt like a defeat, Nisbet told Hibs TV: “It does, but we’ve played against a team that’s been champions for nine years in a row with great players. We go 2-0 up but we can’t hold on and they get a point.

“The first half against teams like Celtic and Rangers can give you a platform to go and win the game and I think for us it was just sitting in allowing them chances and then coming out second-half and having a bit of a go and that’s what we did.

“We found ourselves 2-0 up with 25-minutes to go and unfortunately we couldn’t see it out but it’s a point gained.

“Jamie Murphy was great today. Murph is someone who will put a lot of crosses in and can get to the line and thankfully he scored from my penalty miss but these things happen in games and I didn’t want to let my head go down and when the next chance came I took it and we found ourselves 2-0 up.

“The backroom staff have been on me a lot to start shooting with my left foot so I thought ‘why not’ and it ended up in the back of the net and it was great. Obviously with my dad passing as well it was great for him.

“We still need to enjoy tonight as we put in a good performance and should be proud of ourselves but tomorrow morning we are in and focussing on Tuesday against St Johnstone.”