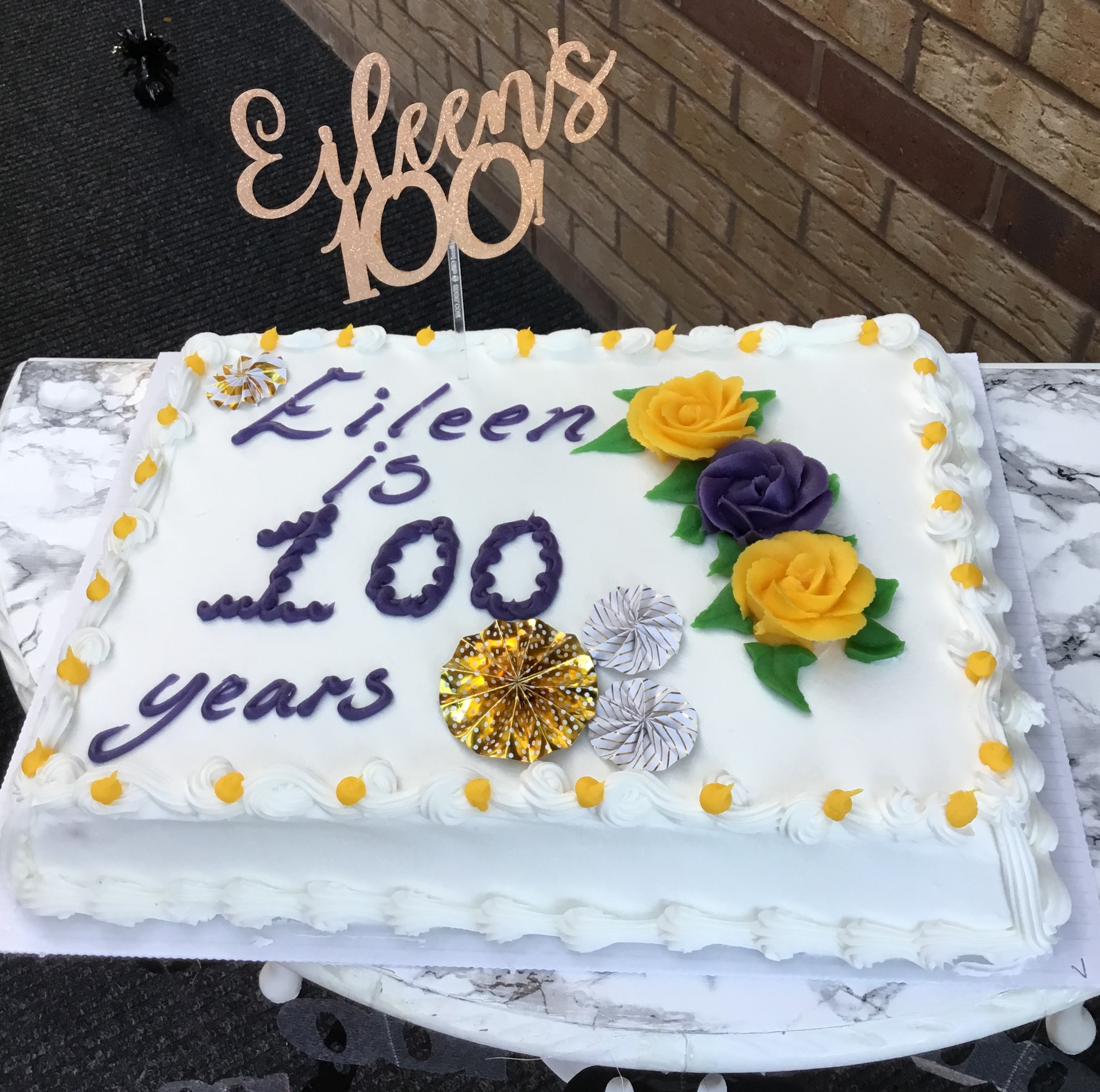 Eileen, who is a resident at Four Seasons Health Care’s Gilmerton Care Home in Moredun, and her family unveiled a fountain in the home’s garden thanking the team at Gilmerton for their outstanding care in the time of Covid-19.

The inscription reads “Care in the time of Covid. This fountain is placed here by Mrs Eileen Kelly on the occasion of her 100th birthday, 19th November 2020. Thanks to Gilmerton Care Home for outstanding care given by a great team.”

Eileen was born in Birmingham on 19 November 1920. Her father marched with the Royal Marines at Queen Victoria’s funeral and then fought in the First World War. During World War II he was a chief engineer running the local power plant and a voluntary fire officer. When the sirens went off indicating the arrival of the bomber aircraft, Eileen would refuse to go into the air-raid shelters and instead go with her dad to fight the fires and try to save lives. She has often spoken of the devastation to be seen in the morning as neighbours’ houses had disappeared overnight.

Eileen became a chief telephonist in Birmingham Telephone House and often stayed on duty after her shift ensuring communications continued as the bombers flew over the Midlands intent on wiping out Coventry. She later served in the Land Army. After the war she became a farmer and has campaigned for sustainable food production without cruelty. She moved to Scotland in 1960 to marry Scotsman Andrew John Kelly (1911-1986) and has lived in Gilmerton for over 50 years bringing up her children Dr Maria Kelly and son Andrew Kelly.

Eileen moved to Gilmerton Care Home in June 2018 and says her secret to living a long life is “Never let fear hold you back”.