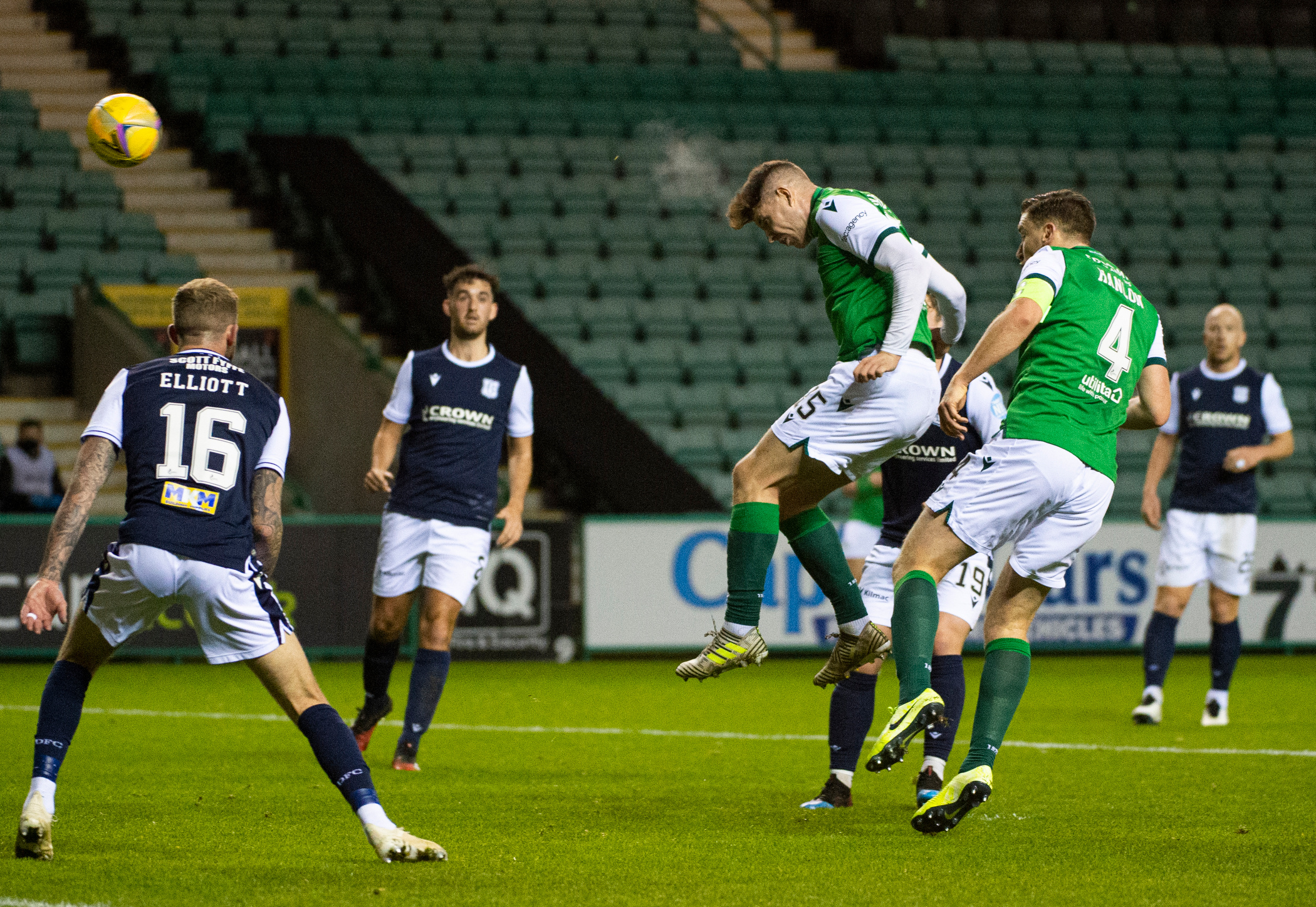 Darren McGregor has praised the character of striker Kevin Nisbet since his move from Dunfermline Athletic in the summer.

Nisbet’s father recently passed away but the youngster has continued to play his part in Hibs successful start to the season and yesterday against Dundee he scored the hugely important goal which made it 2-1 just when it looked as though the game might go to penalties.

That goal was his ninth of the season to date and Nisbet is now being suggested for a Scotland call-up and if his form continues he could be ready for next year’s European Championships.

Speaking after the game to Hibs TV, McGregor said: “I’ve said time and time again that Nizzy (Kevin Nisbet) has been nothing short of a revelation since he’s came here. He’s such a grounded guy and has such potential and  the background stuff going on at the minute shows that he can still come out here and bash out a performance like that is testament to him as a person and a character.”

After Stevie Mallan’s wonder goal Dundee fought back and when Christie Elliott equalised it looked as though Hibs would have to settle for an unseeded place in the last 16 of the Betfred Cup but McGregor praised the substitutions by Jack Ross which changed the course of the game.

He continued: “It was a wee bit nervy when it went to 1-1 but I think that gave us the motivation to kick on.

“Going through as group champions with 12-points and being seeded and with it being a home tie against Dundee whom we have just played means that we know what to expect and will be confident.

“These cup competitions are great for us and also for the fans as well. We have done well in the cups over the last few years and we need to maintain that consistency in them.

“I think the substitutions by the gaffer (Jack Ross) were on point. Guys came on like ‘Hammer’ (Jamie Gullan) whose been dying to come on and make an impact and that will stand him in good stead going forward.”

Gullan added: I’m obviously delighted to get another goal and to come off the bench and make an impact. I’m just looking to get on the pitch as much as I can and get chances and try and get more goals.

“Cup competitions are good for players that haven’t been starting in the league and we have shown that throughout the group stages.

“The whole squad has been used and boys that haven’t been playing have got a chance.