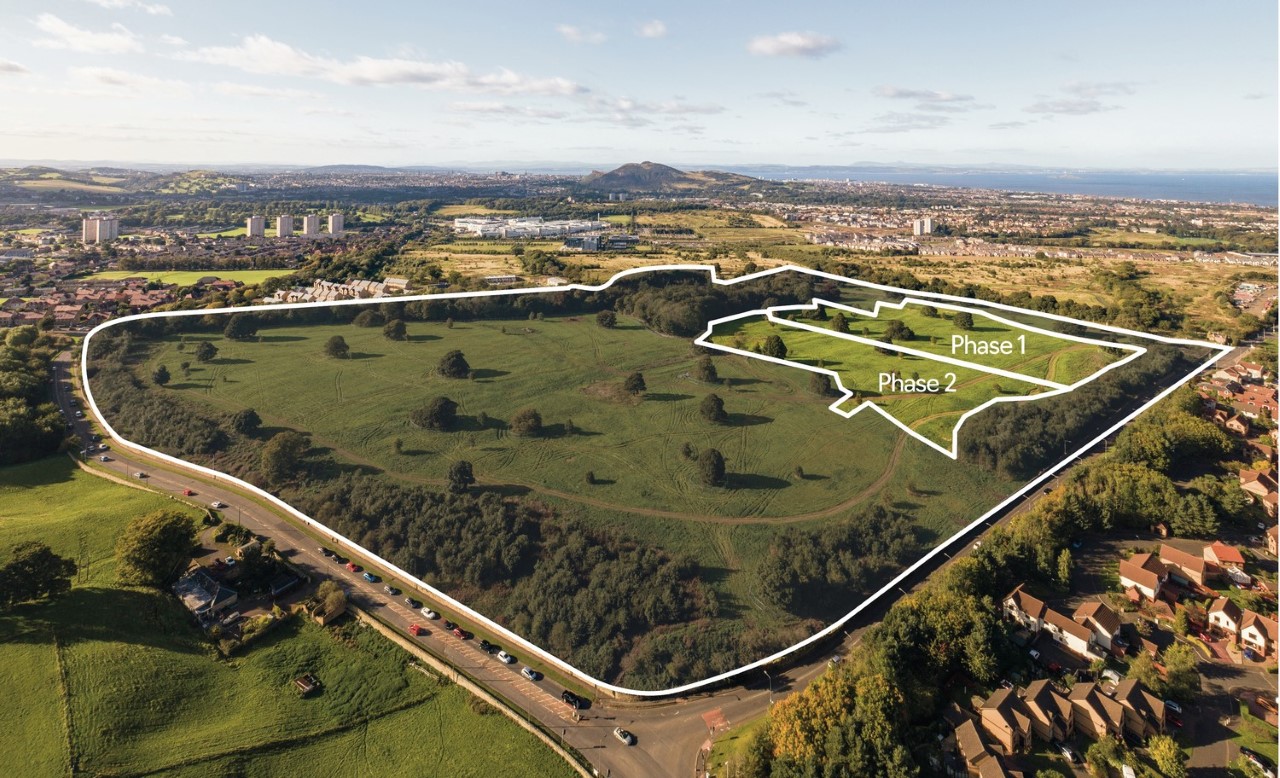 Potential buyers are being sought by developer Alba Developments for the first phases of its £210 million Edmonstone development, adjoining Edinburgh’s BioQuarter scheme.

Scarlett Land & Development and Savills have been appointed to market the consented scheme of over 300 homes in phases one and two of the development.

Alba Developments, which is owned by the Alba Group, is seeking a joint venture partner or a land sale to develop 13.5 acres and is also in talks with potential funders to back build-to-rent homes on the site.

The first two phases are located at the north of the site, with a mix of 62% housing and 38% flats. Affordable housing makes up 36% of the total homes. Agents are inviting offers with a deadline of 4 December.

Phases three and four comprise a further 300 homes, which are under offer to housebuilders. Alba Developments intends to develop the final fifth phase which is currently consented for 84 homes.

The development sits next to the £1bn BioQuarter scheme from Edinburgh University, NHS Lothian, the City of Edinburgh Council and Scottish Enterprise across 167 acres. The current scheme employs 8,000 people, but this is expected to increase to 20,000.

It is also around a mile from Edinburgh’s Royal Infirmary and just under five miles to the south east of the city centre. The site is located in the former Edmonstone Estate next to Little France Park and areas of Greendykes and Moredun.

Shane Ticklepenny, managing director of Alba Group said: “These homes have been promised to the local community for a number of years now and Alba Developments will finally bring the site to life after so many years.”

Will Scarlett, managing director at Scarlett Land and Development, added: “The proximity of the site to Edinburgh Bio Quarter and the Royal Infirmary of Edinburgh will heighten appeal to institutional funds seeking to enter the build-to-rent market in Edinburgh for single family and multi-family housing.”

Ben Brough, head of Scotland development at Savills, added: “It is a superior scheme in the picturesque setting, with woodland and open space and high-quality materials as a nod to the heritage of Edmonstone Estate.”