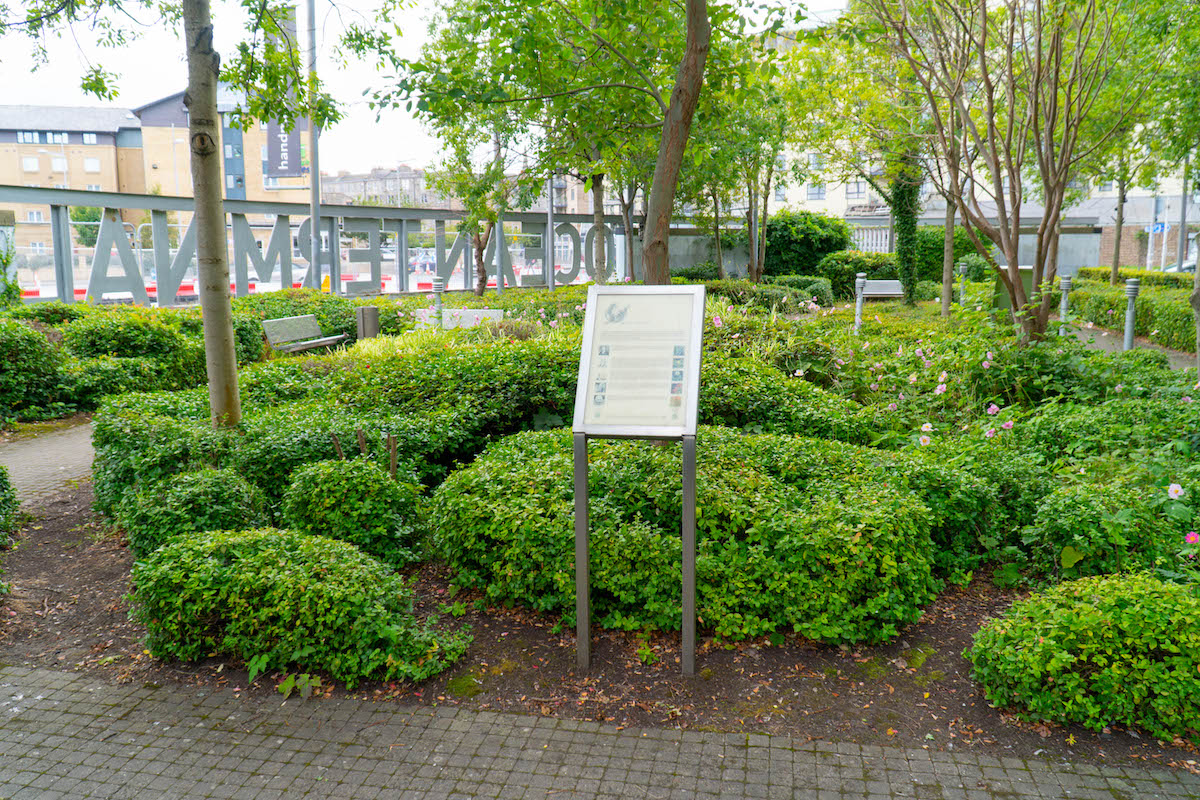 The 20 year-old garden at Ocean Terminal is an oasis of calm and outdoor space, but it is under threat.

Leith Harbour and Newhaven Community Council (LHNCC) discovered plans relating to Trams to Newhaven showing removal of the garden and replacement by hard surfaces and a few specimen trees. Similar trees on McDonald Road are already dead or dying. LHNCC is about to meet representatives from the tram project along with the owners of Ocean Terminal to discuss this in more detail. They say it is an opportunity to have a strategic look at protecting, maintaining and expanding green space and trees in and around Leith.

They believe it is a once in a lifetime opportunity to improve the area by introducing more green space, citing Bilbao as an example where the tram tracks run with grass in between them.

The original designer, Mike Harrison explained it was one of his first projects and thinks it is important to the local community. He said: “With reference to the planning considerations at the time of the garden’s implementation, while I do not recall whether it was a condition, there was plenty of discussion on the ‘greening’ or softening of the space between the road and the building.  The planners were keen that there was a decent provision of public realm to the front of the building to act as a buffer to the road, and the Discovery Garden was part of this.”

Ocean Terminal may own the land but the council say they have a legal obligation to complete public realm works instructed by the owner, in line with the Tram Act. A Council spokesperson, said: “We’re aware of the community’s request to retain the garden at Ocean Terminal. Representatives from Trams to Newhaven will attend any meeting convened between the community and Ocean Terminal to assist where possible.”

The garden is 20 years old and has a mix of trees and hedges, representing the discoveries of the founding fathers of Scottish botany and planted in collaboration with the Royal Botanic Garden Edinburgh (RGBE).  RGBE have said they would welcome a discussion about their role in improving the park, alongside colleagues from Edinburgh’s Living Landscapes/Shoreline project. They suggest redevelopment costs could be used for rejuvenation.

According to environmental campaigner, Eleanor Harris, who co-writes the Trees of Edinburgh blog with forester, Andrew Heald, the small garden provides climate change resilience. During a recent sudden rainstorm, it ‘demonstrated the garden’s importance in absorbing water and saving the drains from being overwhelmed’.