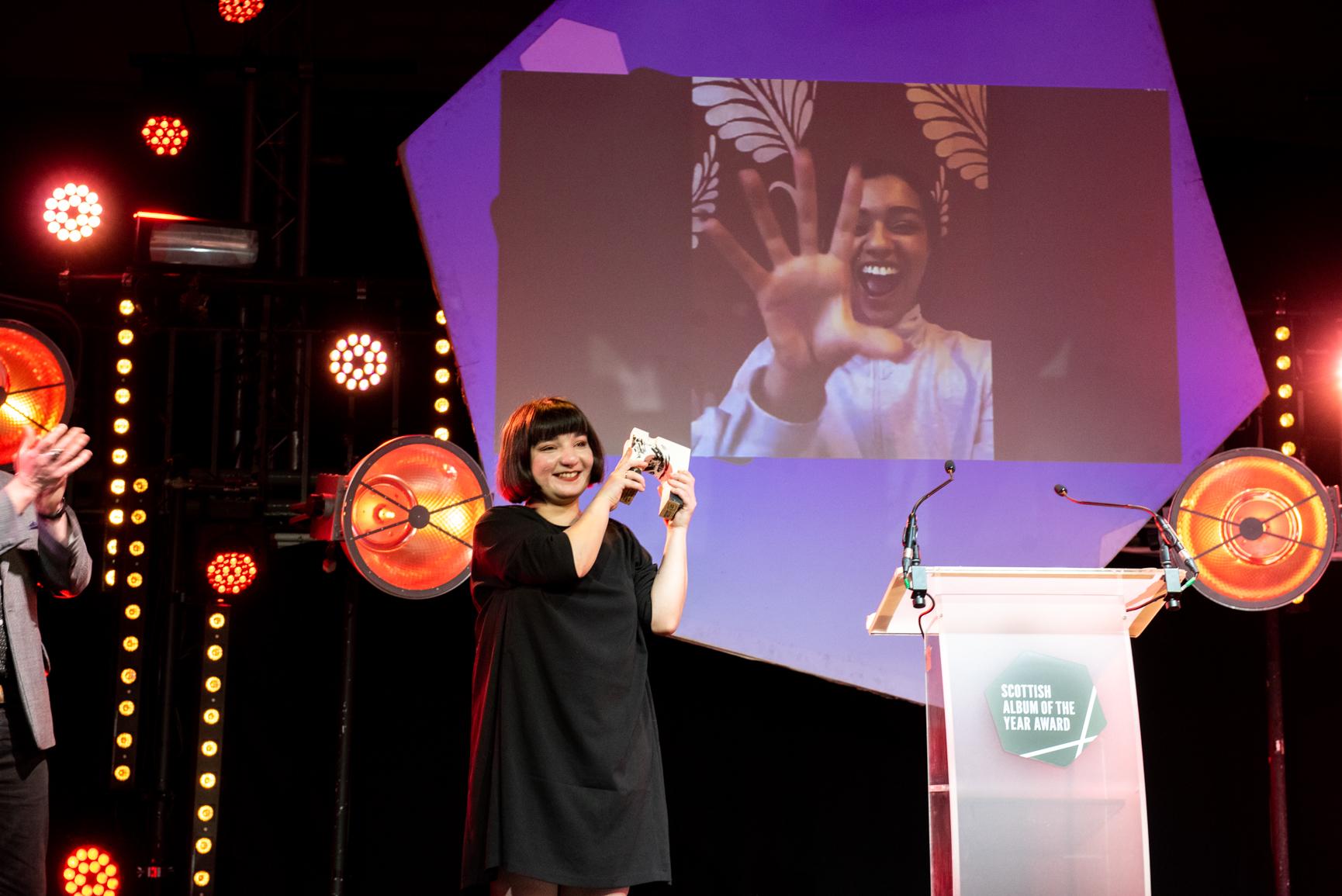 The Scottish Album of the Year Award (SAY) have announced that the full digital ceremony filmed at Summerhall will be broadcast from 6pm on Sunday 1 November 2020mas a YouTube Premier.

Edinburgh rapper Nova took home the coveted title and a career changing £20,000 prize, the remaining nine Shortlisted albums collected £1,000 each, as well as their own bespoke commemorative trophy, created specifically for this year’s SAY Shortlist.
Join Scotland’s national music prize for an evening of celebration and take a look back on what has been a  year Scotland’s music industry will never forget.

This will give fans around the world the chance to be front row at the normally industry-only exclusive event. Viewers can tune in for the ultimate celebration of Scottish music, as all 10 of the shortlisted artists give fans exclusive insights into their outstanding albums, while judges such as Edith Bowman, Jack Saunders, Jess Brough, Ally McCrae and more share their thoughts. This year’s SAY Award Shortlist broke records, with eight of the ten albums being debuts, a first in SAY Award history.

Featuring live performances from Happy Spendy, Kapil Seshasayee, VLURE and Zoe Graham, the ceremony was filmed compliant with current COVID-19 restrictions with only presenters Nicola Meighan and Vic Galloway plus a film crew in an empty Summerhall. With the traditional SAY Award final ceremony normally hosting up to 800 industry professionals, artists, and media, this year’s ceremony looks a little different but remains a poignant celebration of Scotland’s music industry at a time it is needed the most. The digital ceremony saw each artist collect their Shortlist prize in-person, giving powerful acceptance speeches to an empty venue and sharing insights into the making of their albums, what inspired them and what it meant to be Shortlisted for The SAY Award in 2020, truly a year like no other.