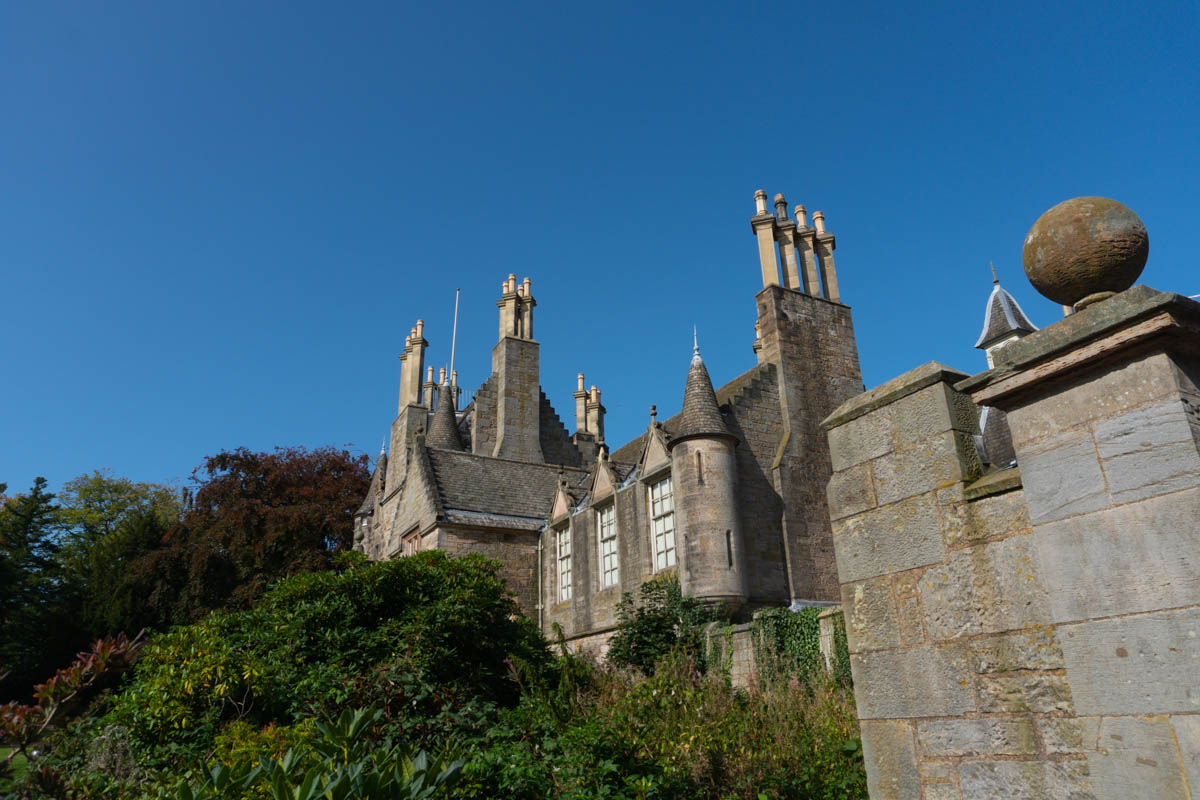 David Baker set up the Friends of Lauriston Castle Facebook page about a month or so ago, to try to establish the position with regard to the upkeep of the castle and the endowment left by the last owners, Mr and Mrs William Reid.

He hopes the Facebook group will help him obtain answers from the council. He persists in emailing officers and councillors alike, and has also used Freedom of Information requests to try and apply pressure too.

When Mr and Mrs Reid died they left the castle to the nation. The Secretary of State for Scotland then conveyed it to the council who still own it in trust. Some artefacts were donated to the National Museum of Scotland, others were given to family members, but the contents are largely as they were when the Reids lived there.

David has visited the castle for the last 35 years, since meeting his late wife who set up a Living History group there. He showed me round the garden, pointing out the various ways in which the Castle and garden have been allowed to deteriorate over the years.

The castle itself remains closed to visitors because of Covid-19, but there are parts of it which the public is not allowed to visit anyway.

Examples include a well near the driveway which is tumbledown and hard to reach because of the undergrowth, the lectern sundial at the front door is in poor condition, (it is in David’s opinion a rare 16th century piece), walkways are inaccessible and the Japanese garden in a state of disrepair. and a venue for vandals.

There is a long list, and one of the most important is the Victorian glasshouse. The council has an estimate of £250,000 for its reinstatement.

David would like the council or the trustees to restore the castle and grounds to the state that the Reids envisaged, and the condition they were in when handed to the nation in the 1930s. He said: “That is a mammoth task but a start needs to be made at some point. And it will cost a lot of money because certainly in recent times, maintenance has not been carried out, and that is in the grounds. I have not been able to  have access to the castle inside. So I don’t know how much needs to be carried out in there.”

I countered this by suggesting that the council will say they don’t have enough money. But David was quick to point out that in 1929 along with the Castle, there was an endowment of  £35,000 which he thinks today would be equivalent to £2 million. He asked: “Where has that money gone? There is apparently only £42,000 left. They could use the grounds to earn money, but instead revenue is not reinvested in the castle itself as far as I can see.”

From council papers we know that the council invests the endowment now, from which it received income of £1,500 in 2018/19. In the latest accounts, the castle, and the collection in it, are estimated to be worth around £7 million, although the last full inventory was conducted in 1978. A new valuation process of contents began in 2016, and the valuer was to be pressed to finish the work by December 2019. It is not yet known if that has been completed. There are many questions which remain unanswered – but David Baker says he will keep on asking until something is done about it.

Earlier this year, The Rt Hon Lord Provost Frank Ross asked for a report on the castle to be produced by officers.