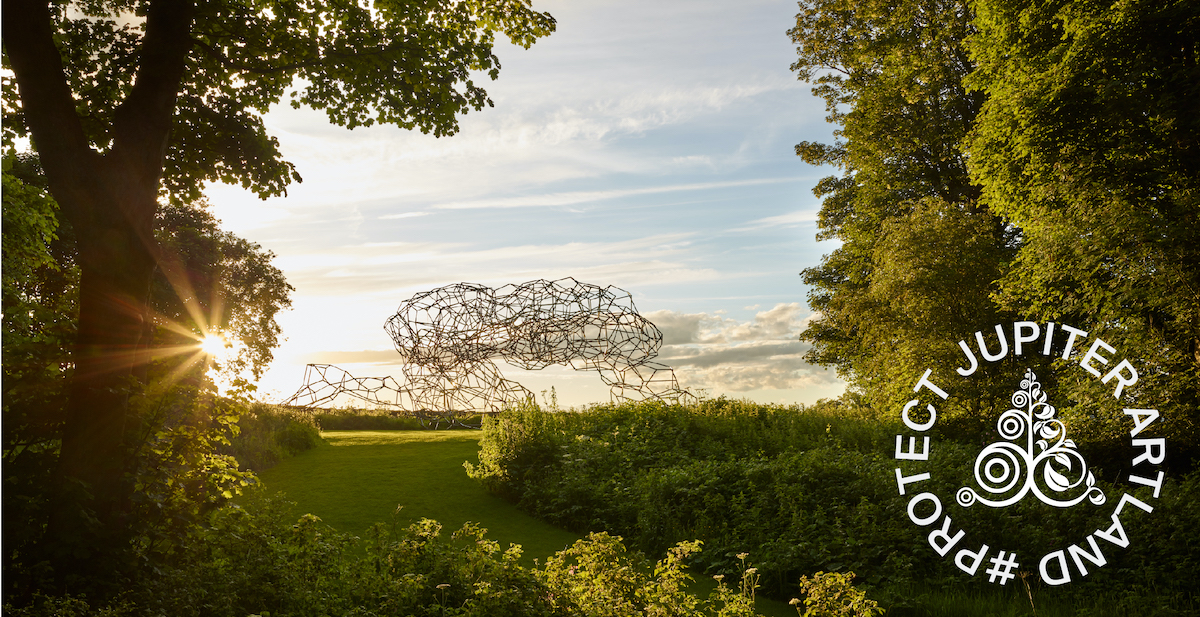 The owners of Jupiter Artland have begun a campaign to protect their future against housing which will affect the art displayed in the grounds.

They say that plans for the least sustainable housing development next to the open air art attraction will ruin their peace, and pose a significant threat to the ‘designed landscape’ as well as their future.

In the City Plan 2030 The City of Edinburgh Council has included proposals for a site for 2,000 homes at Calderwood next door to Jupiter Artland. This is an extension of what is already in situ.

Commenting on the proposals Nicky Wilson, the director of Jupiter Artland who has created the collection said, “Calderwood isn’t just the least sustainable housing site that Edinburgh Council has proposed, it is positively harmful to Jupiter Artland and its designed landscape. This is a unique cultural venue that provides a tranquil setting for people to enjoy world class art in an idyllic setting. We are all for Edinburgh meeting its housing targets and for responsible development, but a line has been crossed here. Had you put on a blindfold and stuck a pin on a map of rural west Edinburgh we do not think you could have come up with a worse site.

“Edinburgh has stated that it wants sustainable development, but if this is the case why propose a site that is so unsustainable and at odds with its own planning guidelines. The Calderwood site is away from public transport routes and there is no rational way to solve the infrastructure issues it creates. Our community intends to campaign against this proposal and to protect Jupiter Artland as a national treasure now and for future generations. An open-air museum like this depends on the artists who choose to locate their best works here because of the fantastic setting. The Calderwood extension would change that forever.”

Jupiter Artland has launched a campaign to raise concerns ahead of the Council’s final decisions on sites in the City Plan 2030, which are expected by the end of the year. They are asking members and supporters of Jupiter Artland to make their views known. The campaign will continue up to any decisions being taken.

Commenting further Nicky Wilson said, “If lockdown has taught us anything, it has shown us the value of our precious green spaces and, this summer, Jupiter has enabled thousands visitors to reconnect with art and nature safely. Our mission is for Every Child in Scotland to experience the generous landscape at Jupiter. This is a special place, but it is more, much more than that. As a unique Scottish open-air art collection with a ground-breaking learning foundation, Jupiter nourishes the soul and lifts the spirit of all who visit. All Jupiter Artland is seeking, is a fair decision in line with council policy on sustainable development. We already have the support of West Lothian Council, and hopefully we can get the support of Edinburgh Council too.”

Jupiter Artland has open air art including works by world renowned artists such as Antony Gormley, Anish Kapoor and Charles Jencks. It is a VisitScotland five star attraction.

West Lothian Council is opposing the proposed development at Calderwood and says that the choices for the CIty Plan 2030 does not ‘properly identify or address the impact of these proposals on West Lothian communities’.