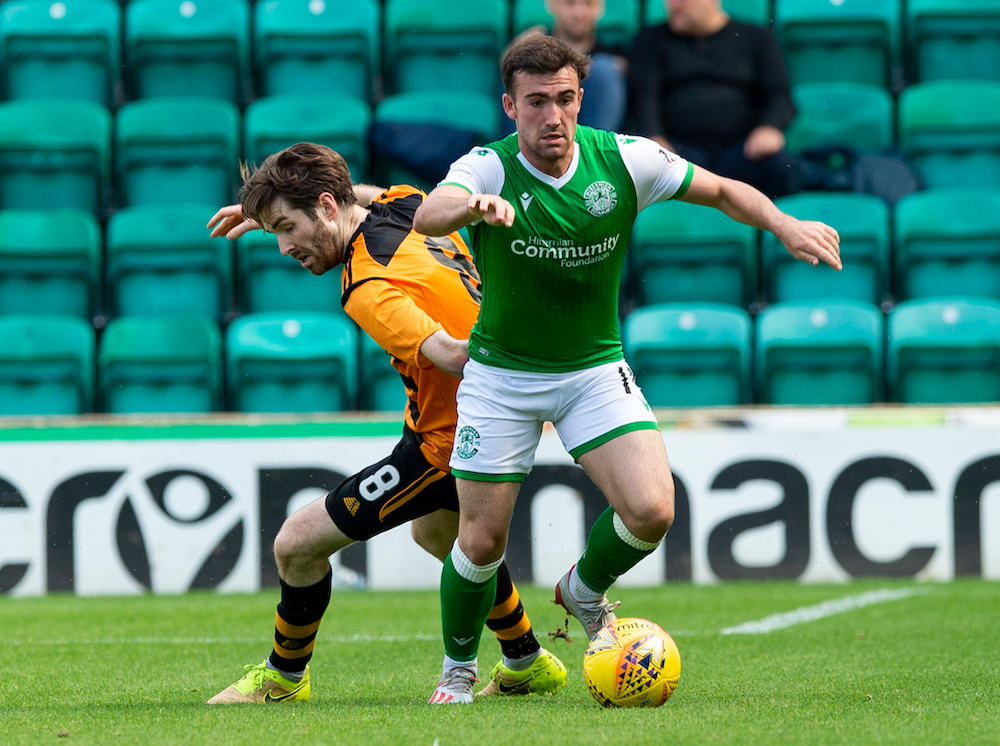 Hibs’ Head Coach Jack Ross is planning on a lot of changes to his starting XI when the club face Brora Rangers at Easter Road on Wednesday night in the Betfred Cup.

That could include players such as veteran defenders David Gray and Darren McGregor along with new signing Dillon Barnes.

Other possible choices include Melker Hallberg and Stevie Mallan in midfield plus youngsters Jamie Gullan and Ryan Shanley up front.

Ross said: “That was always the plan for us. The way the schedule is this season, particularly this month is busy and we have got a lot of travelling and a lot of big games and a huge cup game at the end of it so we will utilise the squad. There will be a lot of changes for the game on Wednesday.

“We have players who have been terrific in training and in bounce games  and I am looking forward to seeing them back on the pitch. They deserve the opportunity and I have every faith that they will go and win matches as well.

“He has missed the last couple of days training due to a back spasm but his willingness and determination shown through and he has lasted the whole game as well. He is a brilliant asset for me to have with his all-round contribution to the team.

“Joe has his arm in a sling at the moment. His shoulder is not dislocated but there is a wee bit of damage to it. We will assess that. We have a two week break from league action so hopefully that will give it some time to heal. It will keep him off the golf course as well which is always a benefit.”