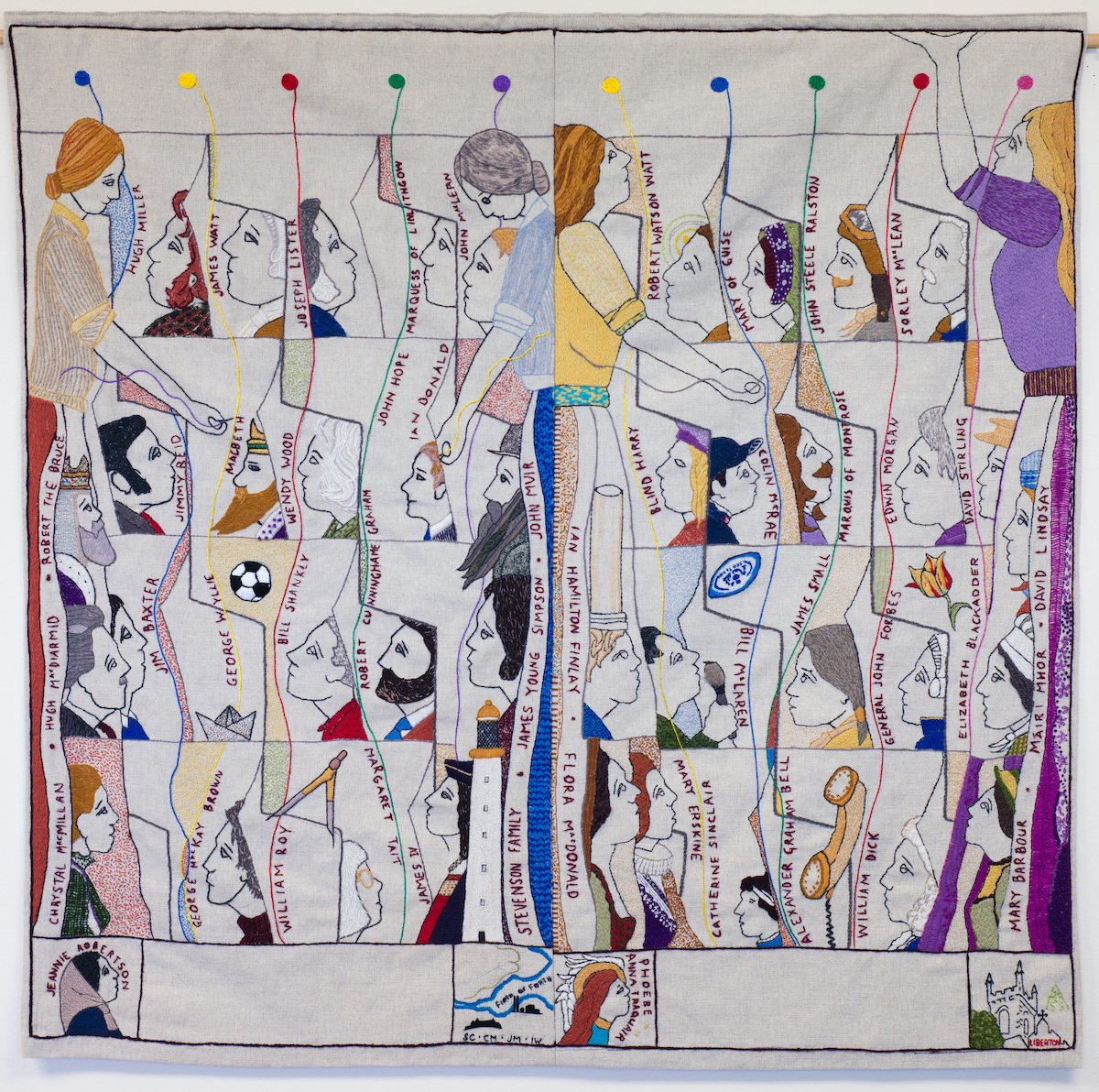 She starred in The Avengers, Sapphire and Steele, and Absolutely Fabulous, but Joanna Lumley reveals that it’s a couthy wee Angus town that gives her chills and thrills.

Lumley has national treasure status in her own right, so it’s appropriate that she features in Iconic Scotland, telling her own story of a personal pilgrimage to Kirriemuir, birthplace of the creator of Peter Pan.

Iconic Scotland will be the first visiting exhibit at the Great Tapestry of Scotland Centre. The tapestry will go on permanent display in a new Art Centre currently being developed at Galashiels in the Borders, designed by Glasgow-based architects Page/Park. It will tell the people’s story of Scotland through the reflections of more than 40 national icons, pioneers and inspiring individuals.

The purpose-built interactive visitor experience is set to open in early 2021.

“The Great Tapestry of Scotland is all about telling the people’s story of Scotland, so it seems only apt that my contribution to their opening exhibit showcases how inspired I was when I visited the childhood home of one of Scotland’s best loved authors, J.M. Barrie. I get goose bumps every time I visit!”

The Great Tapestry of Scotland was the idea of 44 Scotland Street author, Alexander McCall Smith, and was hand-stitched by more than a thousand people in communities across Scotland. It was designed by Andrew Crummy after he had created the Battle of Prestonpans Tapestry and the Scottish Diaspora Tapestry. Each panel is reckoned to have taken about 500 hours to sew.

“It is an artwork truly born from the love of the places, people and stories that feature within it,” says Sandy Maxwell-Forbes, director of the Great Tapestry of Scotland Centre.

“This great story telling continues into our opening Iconic Scotland exhibit. We have already received wonderful contributions from some of the most inspiring and iconic people.

“We want to ensure our new national gallery and exhibition space will always be where Scotland’s story truly begins.”

Jill Douglas, national sports broadcaster and CEO of the My Name’5 Doddie Foundation adds: “It’s fantastic to see the latest addition to Scotland’s cultural scene celebrate some of our sporting greats through the Tapestry itself and the Iconic Scotland exhibit, says It’s a privilege to feature alongside them and share the drama and excitement of one of my most memorable moments, being trackside when Sir Chris Hoy won his first Olympic gold medal.

“I’m particularly thrilled to see that the new exhibit features Doddie Weir,” she says. “He was an outstanding rugby player and is now facing one his greatest challenges. After being diagnosed with motor neuron disease, he has worked tirelessly to raise awareness of this devastating disease through his charity, My Name’5 Doddie Foundation. A remarkable individual, Doddie deserves to be included among Scotland’s greats,” she adds.

“It makes me immensely proud that the people’s story of Scotland is being told in my hometown in this way,” says Gala-born actor,  Grant O’Rourke, best known for his role as Rupert Mackenzie in Outlander,