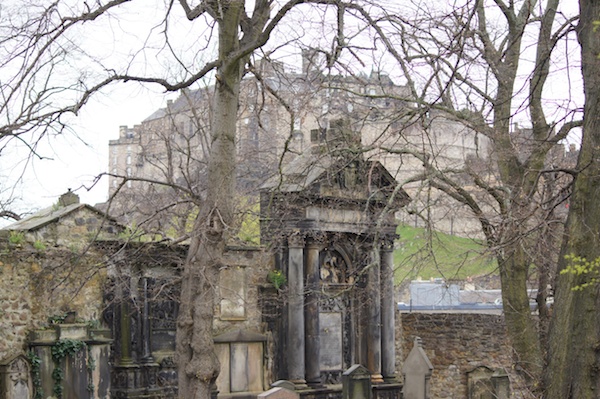 Edinburgh World Heritage has been awarded a grant of £65,800 from the National Lottery Heritage Fund to carry out an ‘important community engagement project’ at Greyfriars Kirkyard.

The scheme is called Making Lasting Impressions: Greyfriars Kirkyard Community Learning and Interpretation Project and will be conducted over the next two years, balancing the enjoyment of the graveyard and its role as a visitor attraction.

There is a free online event at 6pm on 2 November 2020 when you can hear more about the history of the graveyard and some of its ghoulish stone carvings.

Some of the volunteers who look after the churchyard will explain what they do and how you can get involved in that, and also how to join a Friends of Greyfriars Kirkyard group.Tickets are free but you can reserve a place here.

The church at Greyfriars was founded in 1562 with land gifted by Mary Queen of Scots. Sir Walter Scott described it as the Westminster Abbey of Scotland, recognising the significance of those buried there as well as its role in nationally important events. Since Harry Potter it has become increasingly popular as a tourist destination for those trying to find the connections with characters in the fictional series.

Now the graveyard is at risk from both weathering and erosion, so the funds will be put to good use, and the project will involve a wide range of people. EWH’s, Graveyards Development Officer, Dr Susan Buckham, will work in collaboration with young people, homeless people, the Polish community in Edinburgh and locals to find out what makes the graveyard so special. Technology will be used to make interpretation of the graveyard’s stories more accessible and engaging.

The main goal is to make Greyfriars enjoyable for many generations to come by encouraging learning among the community.

Find out more about Greyfriars Kirkyard on the EWH Graveyards page where you can download the trail and explore some of key figures in Scottish history.