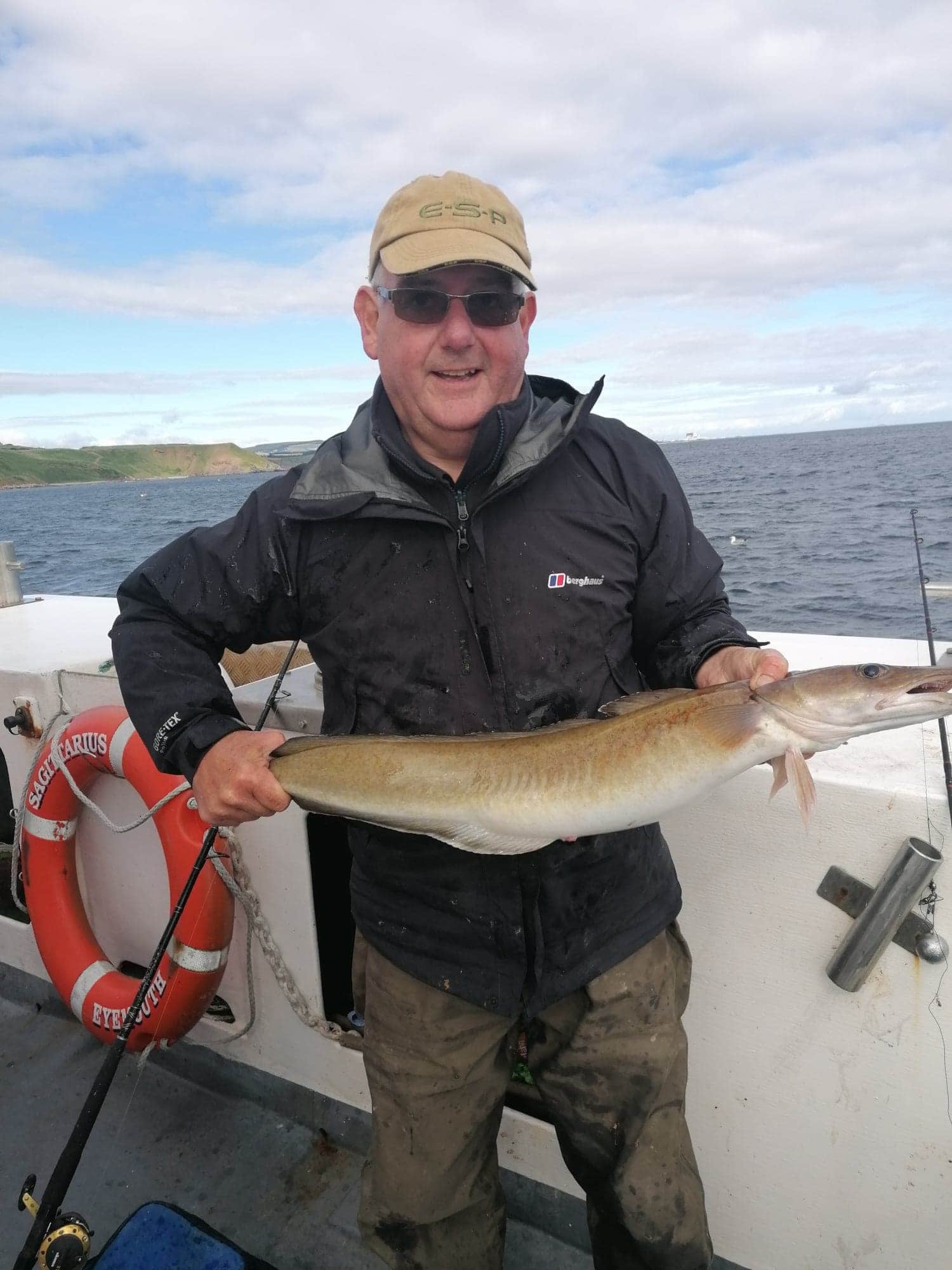 Barry McEwan still leads The Bass Rock Shore Angling League table but the opposition is closing and the event is scheduled to continue on Wednesday with the venue and times being confirmed on their Facebook page on Sunday.

Dale McCallum is now only two points behind early pace-setter McEwan in the title race having landed two fish for 5lb 6oz in the fourth round from Skateraw to Cove.

Stuart Fairbairn was second with three fish for 2lb 2oz and Alan Brown third with one fish for 1lb 9oz, one ounce ahead of Ryan Smith.

McEwan, who did not fish the last match, has 20 points with Brown third on 14, Fairbairn fourth two points back and James Ogilvie fifth on ten points.

Elsewhere, Derek Anderson of Aquamarine Charters of Eyemouth reports good sport with a ling of 11lb 12oz being landed. He is continuing to run eight-hour trips at weekends through the winter, weather permitting.

Picture: library picture of a fine fish landed during an Aquamarine Charter