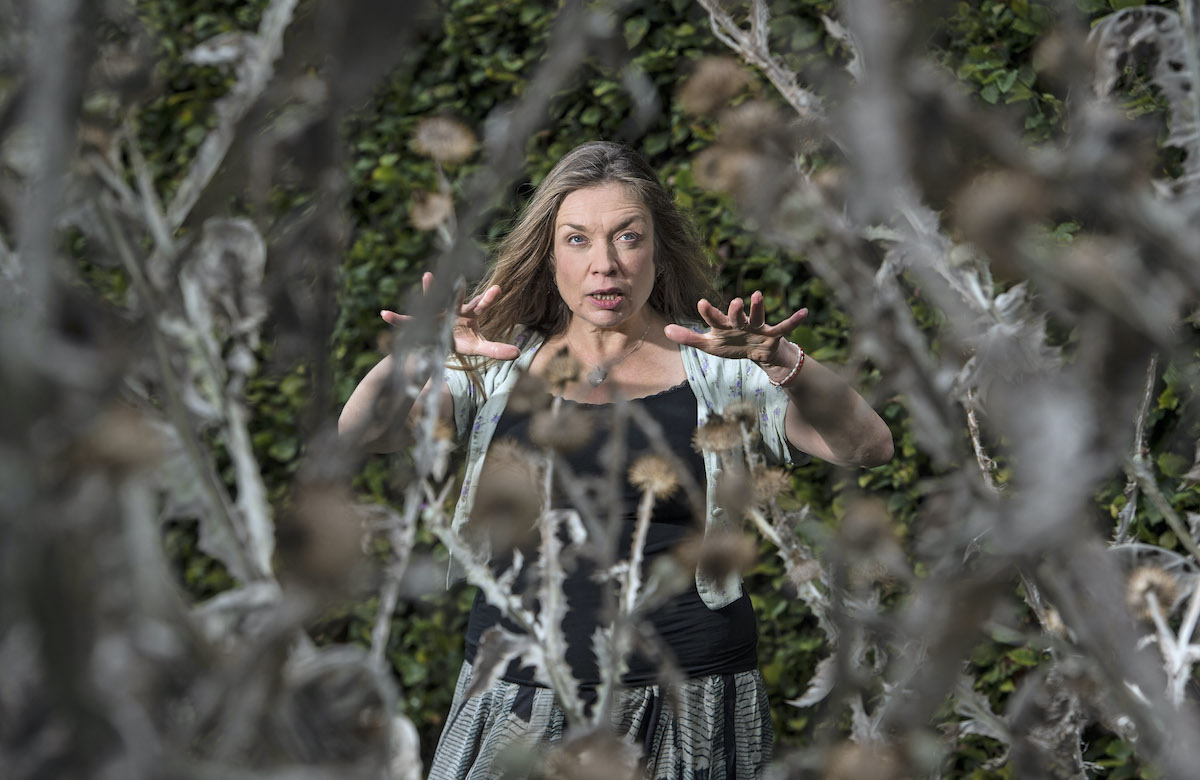 The Scottish International Storytelling Festival claims it will be the first in Edinburgh this year to host live events. But they will, of course, have some online events too.

In October, the Scottish International Storytelling Festival (SISF) promises to take audiences on a voyage, exploring Scotland’s coasts and water through music and storytelling.

The festival theme ‘In the Flow’ promises a wide mix of online events spanning across the globe and small-scale face-to-face events, celebrating Scotland ‘a nation shaped by the sea’. Events shine a light on lost stories of Scottish and international culture, give a new perspective on historical experiences and captivate, entertain and educate audiences on everything from Scottish colonial history to our connection to the natural world.

Over 100 performers will take part in the festival and countries represented include USA, Colombia, Canada, Italy, Spain, England, Kenya, Northern Ireland, Holland, Iran, Sierra Leone and  Iceland. 93 events in total will take place in Edinburgh and across Scotland with 43 of these planned to be in-person experiences subject to Scottish Government Guidelines.

SISF’s ‘In the Flow’ will present Voyage, a series of new work developed by storytellers and musicians for VisitScotland’s ‘Year of Coasts and Waters’, supported by the Scottish Government Festival Expo Fund. Premiered as a series of pre-recorded studio broadcasts to be streamed online, Voyage is a collection of fourteen performances by Scotland based storytellers sharing tales of real and imaginary voyages that have connected Scotland to other coastal countries, near and far.

Highlights in the Voyage programme supported by the Edinburgh Festival Expo Fund and CalMac Ferries include:

Speaking at the Festival launch today, Scottish International Storytelling Festival Director Donald Smith said: “Stories and songs are vital for human survival. They carry our emotions, memories and values. They bind us together as families, communities and a nation, especially through tough times. The Scottish International Storytelling Festival will continue to channel that flow with an increased focus on wellbeing in the year of Covid-19.

Culture Secretary Fiona Hyslop said:“During this challenging time living with the impacts of coronavirus, storytelling and music have never been so important to our resilience, our wellbeing and our sense of belonging.

“The Scottish International Storytelling Festival 2020, backed by £100,000 PLACE funding and over £88,000 from EXPO, will help many local artists and performers across the country.

“I’m also pleased that in connecting people and communities with culture in new and inclusive ways, Storytelling Festival is continuing Scottish festivals’ proud traditions of innovation and creativity.”

Flowing alongside the Voyage series, the Festival will be celebrating Scotland’s own coastline and rivers, collaborating with The Orkney Storytelling Festival and The Wild Goose Festival in Dumfries and Galloway.

Socially distanced small-scale in-person events planned for the festival include:

Leaving Iona, a new show by Donald Smith and Heather Yule at St Columba’s by the Castle giving voice to the women, poets and monks of Columba’s / Colmcille’s story 1500 years after his birth.

Scuttlebut Stories! at Padlox Escape Rooms in Leith features local storyteller Jan Bee Brown and musician Toby Hawks who invite audiences to join them for some tall tales and spirited shanties, a heady blend of stories and songs of the sea that link Scotland and Scandinavia.

Outdoor promenade performances will take place as Storytelling Walks depart from The Scottish Storytelling Centre and Enchanted Garden: Paths of Stories lead audiences on story walks around The Royal Botanic Garden Edinburgh and Sangs an’ Clatter: Campfire Tales at Damshot Woods in Pollock will return storytelling to one of its most traditional settings. All plans are subject to Scottish Government guidance during the festival period.

The workshop programme strand Global Lab returns, hosting a series of digital workshops with live participation will bring together storytellers, artists, activists and educators from across the globe to explore sustainability, ecology and healing. Taking place online daily throughout the festival the programme offers inspiring examples of creative practice in the arts, education and frontline activism, with the opportunity to share, question and dialogue. Contributors include New York based Laura Simms who will speak on Deep Healing and Ecology, social and environmental activist Grian Cutanda who will share his work on the Earth Stories Collection and Julie Cajune and Douglas Mackay whose work explores connections between Native America and Scotland.

Edinburgh’s long running story night Guid Crack returns online throughout the festival and the Storytelling Festival’s famous Open Hearth sessions also move online, with live digital participation in a ceilidh of cultures, hosted by  some of the finest traditional storytellers from Scotland and around the world.

Running alongside SISF, the Community and Families Programme bookends the festival running between 12th October and 30th November. The programme will pair local storytellers with partner organisations in online and small-scale live settings, unlocking the ethos of ‘going local’.

Community groups and schools can take part in The Big Scottish Story Ripple (#StoryRipple) by holding a storytelling event led by a professional storyteller. Groups can apply for a subsidy that will cover the cost of their storyteller’s fees.  In return, successful applicants must offer a good deed back to their local community on or before St Andrew’s Day – continuing the ripple of kindness.

As this year’s festival closes with a celebration of the Feast of Samhuinn, the 2020 Scottish International Storytelling Festival is on the hunt for Scotland’s Greatest Ghost Stories. The call is going out to find local ghost stories and to encourage people in Scotland to discover those in their own area. As part of the festival a ghoulish storytelling workshop will be held to encourage storytelling enthusiasts of all ages to become frighteningly good!

Online and in person in Edinburgh and across Scotland