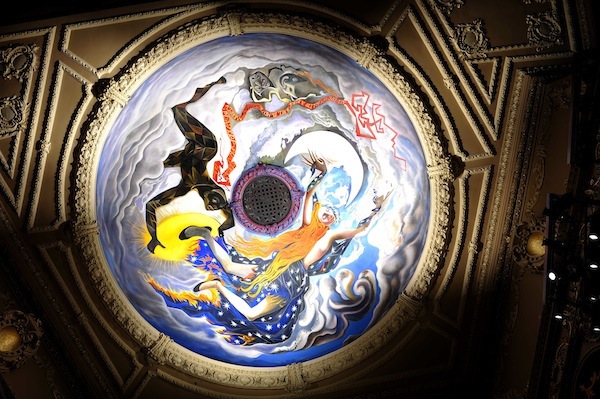 Capital Theatres, which includes The King’s and Festival Theatres, is facing a financial crisis due to its continued closure.

Many have now signed a letter sent to the First Minister, Nicola Sturgeon, asking for support for the theatre charity.

The body is one of the country’s most successful cultural organisations, and although it is applying for a £250,000 grant this will lead to a trading deficit of £1.8 million by March next year.

Letter from The Board, Patrons and Supporters of Capital Theatres

We seek urgent recognition from the Scottish Government and Creative Scotland of the scale of emergency facing Capital Theatres, Scotland’s largest theatre charity which operates the Festival Theatre, the King’s Theatre and The Studio.

The criteria developed by Creative Scotland to administer Scottish Government and UK Government funds effectively prohibits Capital Theatres from accessing appropriate emergency funding. Decision makers have failed to understand the nature of our organisation, the importance and scale of its operation, our status as a charity, and thereby the double jeopardy facing the ongoing theatre operations and the continued future of the King’s Theatre. As a result, Capital Theatres is unable to apply for emergency funding, which could genuinely support the organisation’s sustainability, in a way which other Scottish theatres have been able to do. The consequence is that we may be forced to choose between preserving jobs or closing the King’s Theatre.

We very reluctantly agreed to stop being a Regularly Funded Organisation (RFO) in 2018 because we had succeeded in creating a resilient business model. In a normal context that should have been liveable with but the implications of that decision in these abnormal times are devastating. Consequently, where other theatres have kept both their annual government support package and been able to access public emergency funds securing up to 50% of their turnover, Capital Theatres has access to neither ongoing support nor the ability to apply for any more than 1.9% of its £12.9m turnover.

With a 90% drop in income this is an unviable position which we find ourselves in, directly because we were a responsible and well managed theatre organisation; one that maintains and curates two iconic heritage theatres and a Studio, supporting over 230 jobs in the city.

Capital Theatres makes a significant contribution to the local, national and cultural sector economies selling over 500,000 tickets annually, delivering health and wellbeing benefits for the community, and often staging work that is seen nowhere else in Scotland. Indeed, the Festival Theatre is Scotland’s Number 1 venue for international productions, as well as being a core cog in the cultural ecology of the festivals, the city and the country.  Not only acting as the home in Edinburgh of our national companies, Capital Theatres is also host to a major part of the International Festival whose programme would not be possible without our stages. Our community impact for people living with dementia, for care experienced children and for the LGBTQ+ community is well documented and has continued to deliver significant benefit having transitioned to an online programme over the last 6 months, achieving over 62,000 views and participations.

On 6th July the First Minister made the welcome announcement that the new £97m emergency funding received from the UK Government would be made available in full to the arts and heritage sector. On 28th August Creative Scotland at last announced how £59m of that would be allocated. It is now clear that the criteria being applied mean that once again Capital Theatres is excluded from significant potential support.

Without recognition and a new conversation with government, the future of the King’s Theatre and the Festival Theatre is in serious doubt. The planned, essential redevelopment of the historic King’s Theatre – not only Edinburgh’s premier venue for the touring circuit, but also the home of Scotland’s largest and most renowned Panto with 90,000 visitors per annum – is vital to ensure it remains operationally fit for purpose.  This is now massively under threat.

Capital Theatres’ crucial £25m redevelopment planned for the King’s Theatre is now paused due to the COVID-19 crisis. But it is ‘shovel ready’ to pick up again in due course, subject to better funding certainty. Providing a much-needed boost for the construction sector, the project would also inject £24.4m one-off economic impact into the Scottish economy, and £11m into Edinburgh’s economy. After completion it is estimated that the King’s Theatre would create around £10m of economic impact per year into the Scottish economy and circa £15.7m per year for Edinburgh.

With two-thirds of the required funding in place from a range of sources, the stage is therefore set to progress this vital historic redevelopment. However, because we are excluded from emergency funding, a designated fund built up over many years specifically for this capital project from accumulated surpluses, is now being utilised to enable Capital Theatres to function through the pandemic. This puts at risk the very future of the King’s that it was seeking to preserve, the result of which may quite possibly be closure forever.

It really is of critical importance to the sustainability of this organisation, and the continued operation of the Festival and King’s Theatres, and The Studio – three key cultural venues in our capital city – that our decision makers recognise the jeopardy and allow Capital Theatres not to be a special case, but to be a case at all.

Chair of the Board of Capital Theatres

Professor Dame Joan Stringer, Chair of the Board of Capital Theatres