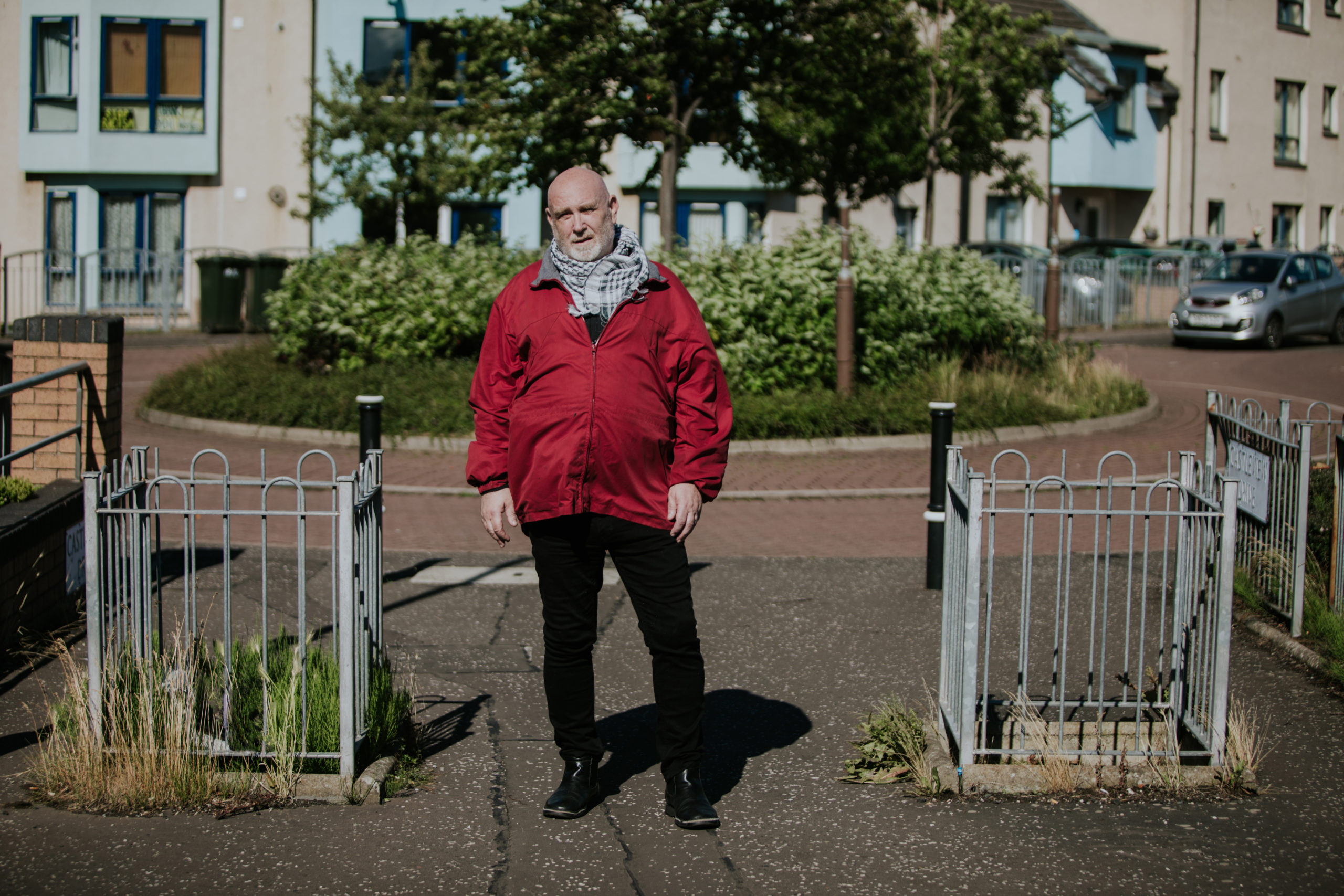 A story of the life-changing way walking helped an Edinburgh man during lockdown is the focus of a new photography-led campaign.

‘Humans of the Walk’ features portrait photography and personal accounts of people from across Scotland who found walking to be a stimulating relief while the country was placed on pause for over four months.

Scotland’s walking charity Paths for All is sharing the inspirational stories which encapsulate the physical and mental benefits walking had on those coping with a variety of challenges during lockdown.

The charity hopes the 10 moving tales will encourage people to keep walking and convince others to take up walking every day.

Inspired by the famous digital photography project, Humans of New York, the campaign brings to life stories of love, strength, health, family and friendship – and are all connected by one thing: Walking.

One of the 10 individuals, Thomas Ferguson from Edinburgh, believes walking has made him physically and mentally
stronger.

He said: “Walking has saved me. I could feel myself getting weaker and weaker, growing older, and for a period I would struggle to move anywhere without feeling pain in my legs.

“Yet, through perseverance and self-intervention I began walking again and I can feel myself recovering physically and mentally – it was like a medicine for me.

“I will never again underestimate the power of walking.”

In the search for the 10 participants, Paths for All asked members of the public to take part in a short survey and share their lockdown walking stories. The survey found 93% of people walked during lockdown to look after their physical health.

The charity’s survey also found 77% of people found walking helped them connect with nature, while 61% explored new paths for the first time.

This is Paths for All’s second Humans of the Walk campaign. The first launched in May 2019 to coincide with Edinburgh’s first Open Streets event which closed city centre roads to cars to encourage more walking and cycling.

Ian Findlay CBE, Chief Officer at Paths for All, said: “Our 10 participants in this year’s Humans of the Walk campaign have shared their personal challenges through a period of time which have been arduous for us all.

“Lockdown has impacted our lives in ways we could not have imagined and these stories highlight how walking can help relieve the worries and stresses we feel every day.

“The Humans of the Walk campaign encompasses how walking can improve physical and mental health as well as keeping Scotland happier, healthier, and greener.”

Paths for All’s aim is to significantly increase the number of people who choose to walk in Scotland, whether it’s walking for leisure or walking to work, school or to the shops.

The charity works to create more opportunities and better environments not just for walking, but also for cycling and other activities to help make Scotland a more active, more prosperous and greener country.

Paths for All’s focus is clear: it wants to get Scotland walking: everyone, every day, everywhere.

To keep the celebration of walking going, Paths for All is giving everyone the chance to win a prize bundle worth up to £200. To enter the competition, members of the public should post a portrait photo celebrating walking in some way, on Twitter or Instagram, using the hashtag #HumansOfTheWalk.

The competition runs until 18 September 2020 and multiple entries are allowed.

For more information on Humans of the Walk and the competition visit the Paths for All website.