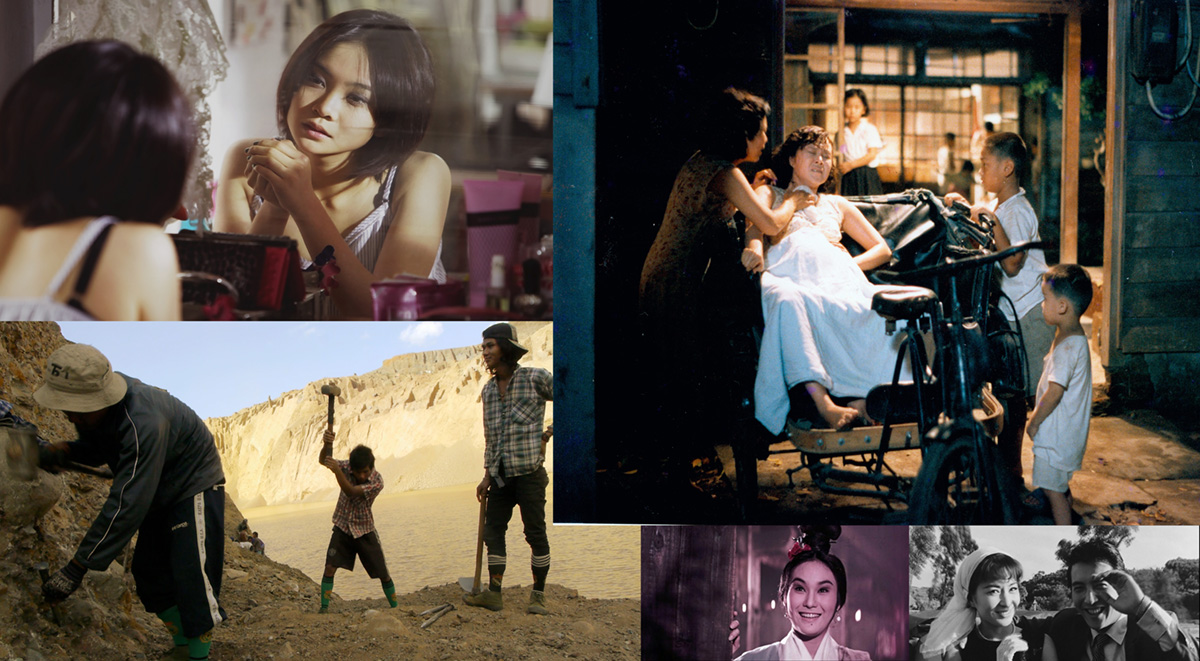 The producers of Taiwan Film Festival Edinburgh are pleased to announce their plans for the first ever, free to access Festival, taking place digitally between 18 and 27 of September at www.taiwanfilmfestival.org.uk. Originally planned as a physical event, the Festival was repivoted to a purely digital form in light of the global pandemic of Covid-19.

Taiwan Film Festival Edinburgh features 20 carefully selected films, most of which are difficult to come by in the UK with 10 titles marking their UK premiere.

The Festival’s Chief Curator, Liu Kuan-ping said: “We are extremely excited to be able to share this first ever Taiwan Film Festival Edinburgh with UK audiences. It has been great to witness the global surge in interest in Taiwanese cinematography over the last decade and we hope this Festival helps introduce some of the lesser-known talent to wider audiences as it charts the fascinating journey of Taiwanese cinema from the 60s until now.

“Our main supporter Taiwan Film and Audiovisual Institute has been focusing on film restoration in recent years. To showcase the creativity and innovation of the older days, we chose several restored films to feature in our programme. My personal favourites would be the Taiwanese Hokkien films and melodramas. As a cult film and meme lover, I guarantee these films are definitely meme-worthy.

“Lastly, we hope to be able to bring a series of physical film screenings to Edinburgh audiences later this year so make sure to follow @TaiwanFFE for updates!”

Director of the Taipei Representative Office in the UK’s Cultural Division, film professional, Dr. Chen Pin-Chuan, said: “Taiwan Film Festival Edinburgh will showcase the diversity and harmony of Taiwanese society to the audiences.

“The films shown will give attendees a new perspective in terms of Taiwanese cinema and its history, as well as a broader understanding of Taiwanese culture in general and I hope that it will stimulate more conversations between Scotland and Taiwan regarding aspects of our respective cultures.”

Divided into 7 distinctive strands with feature, documentary and short films, the Festival delves into the cultural, societal and political changes in Taiwan and the country’s relationship with its neighbours throughout the decades.

Taiwanese Hokkien-Language Cinema presents three classic titles from the 60s, including The Bride Who Has Returned From Hell and Six Suspects. A Borrowed Hong Kong, the Imagined China in Taiwan, and Trans-regional Cinema focuses on the 70s when Taiwan, then seen as Free China, gave Hong Kong filmmakers the financial support and creative freedom that Shaw Brothers, the most influential “right-wing studio” in British Hong Kong since mid-60s, could not offer. Drawing on the complicated cultural relationship between Taiwan, China, and Hong Kong in the Cold War, this section presents the iconic Four Moods, an anthology film including an episode directed by King Hu.

Melodrama Divas is devoted to films based on romance novels by Chiung Yao, possibly the most influential writer of this genre in the Chinese-speaking world. Starting a new era, Taiwan New Cinema and Its Legacy offers a fascinating insight into the realism-based world of the new generation of filmmakers of the 80s and then post-2000, including such titles as The Sandwich Man – the hallmark of Taiwanese cinema.

Highlighting the contribution of immigrant filmmakers to Taiwanese cinema, Midi Z Selection presents work of the celebrated, Myanmar-born director whose both beautifully crafted and hard-hitting films gained him following all over the world. Docs: Exploring Diversity in Pursuing the Taiwanese Identity gives voice to indigenous people and so-called New Immigrants as it examines Taiwanese identity. Lastly, Shorts: The unusual usual presents a selection of short films from the last decade which have won praise for their keen examination of the ‘normal’ and fresh approach to dissecting issues in modern Taiwan society.

In collaboration with Scottish Documentary Institute, Taiwan Film Festival Edinburgh will also present a series of Q&As and panel discussions with filmmakers featured in the programme and invited guests. These events will be announced in due course.

Each of the titles presented as part of the Festival will be available online for between 7 and 10 days. Once granted their free access to a title, audiences will have 5 days to watch it and 30 hours playback time once they click ‘watch’. To ensure wide access to this unique cinematic offering, all films are free to access.

All films will be added to the Festival’s website on 4 September for audiences to browse ahead of the grand opening on 18 September.

This first-ever Taiwan Film Festival Edinburgh is funded by Taiwan’s Ministry of Culture with further support from Taiwan Film and Audiovisual Institute and Taiwan Cinema Toolkit. Festival Scope and Shift72 were also instrumental in launching this Festival digitally.