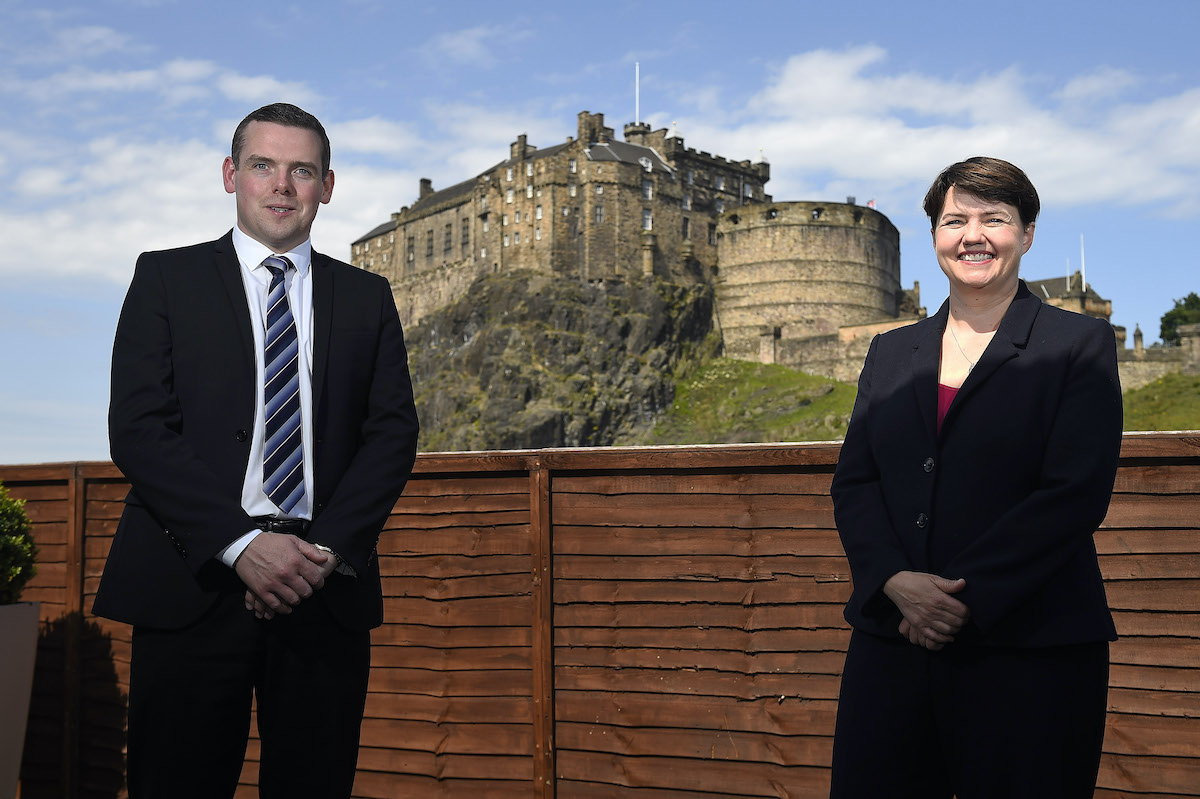 Leonard Wallace, Returning Officer in the election for the Leader of the Scottish Conservative and Unionist Party, has announced Douglas Ross as the new leader.

He issued this statement earlier:

Douglas Ross is MP for Moray. It is understood that he will be leader but former leader Ruth Davidson will face the First Minister at First Minister’s Questions at Holyrood. Ms Davidson was elevated to the Lords last week and has said that she will only take her seat there on the red benches after the Scottish Parliamentary Elections next May.

Becoming leader of the Scottish Conservatives today is the honour and privilege of a lifetime. Now our focus must turn to earning the trust of people looking for a positive and credible alternative for Scotland, and who want a fresh start for our country. I hope you’ll join us. pic.twitter.com/Uxc27advpn

SNP Depute Leader Keith Brown MSP said: “Douglas Ross is Boris Johnson’s man in Scotland. Westminster has launched a total takeover of the Scottish Tories and installed a Brexit-backing MP to act as a puppet for Downing Street.

“As his Westminster voting record proves, Mr Ross couldn’t be more out of touch with Scotland. His offensive comments on Gypsy-Travellers were appalling and he has rubber-stamped every damaging decision on an extreme Brexit, a power grab on the Scottish Parliament, and deep austerity cuts to public services – despite the harm to our communities.

“With the threat of Brexit growing, senior Tory MSPs and advisers jumping ship, and Baroness Davidson preparing to join the House of Lords, it is clear the Tories are the same old party with nothing to offer except selling Scotland out.

“Whatever else we’ve learned in this whole grubby coup, and whatever their bluster, senior Tories are now effectively conceding publicly what they have been saying privately for some time – they know there is going to be an independence referendum. Otherwise why bother changing leaders?

“Unlike the Tories, the SNP will always stand up for Scotland and ensure that people have the choice of a better future instead of the Tory Brexit chaos being imposed by Westminster.”

Scottish Greens Co-Leader Patrick Harvie MSP said: “Just months ago, the Scottish Tories were maintaining the pretence that they were something different from the extremist No-Deal Brexiteers of the Boris Johnson camp. Today the instalment of Douglas Ross as their part time, absentee leader without even asking their members confirms that there isn’t a hint of difference between them.

“It’s also clear that the Prime Minister thinks the entire Holyrood group is useless, having overlooked the lot of them to appoint a backbench MP as leader. Combined with the stand-in role of Ruth Davidson, who is only marking time at Holyrood till she gets her ermine and her unelected job for life, it’s all symbolic of Boris Johnson’s contempt for Scotland and our Parliament, and even for their own members.

“It’s not just internal democracy the Tory leadership have distain for. They are clearly intent on pressing ahead with the power-grab against Scotland, with new legislation planned to give themselves a veto over any decisions that don’t fit their failed free market ideology. If Mr Ross wants to earn a shred of credibility, his first act as leader should be to insist that plan is scrapped. But I won’t be holding my breath.”