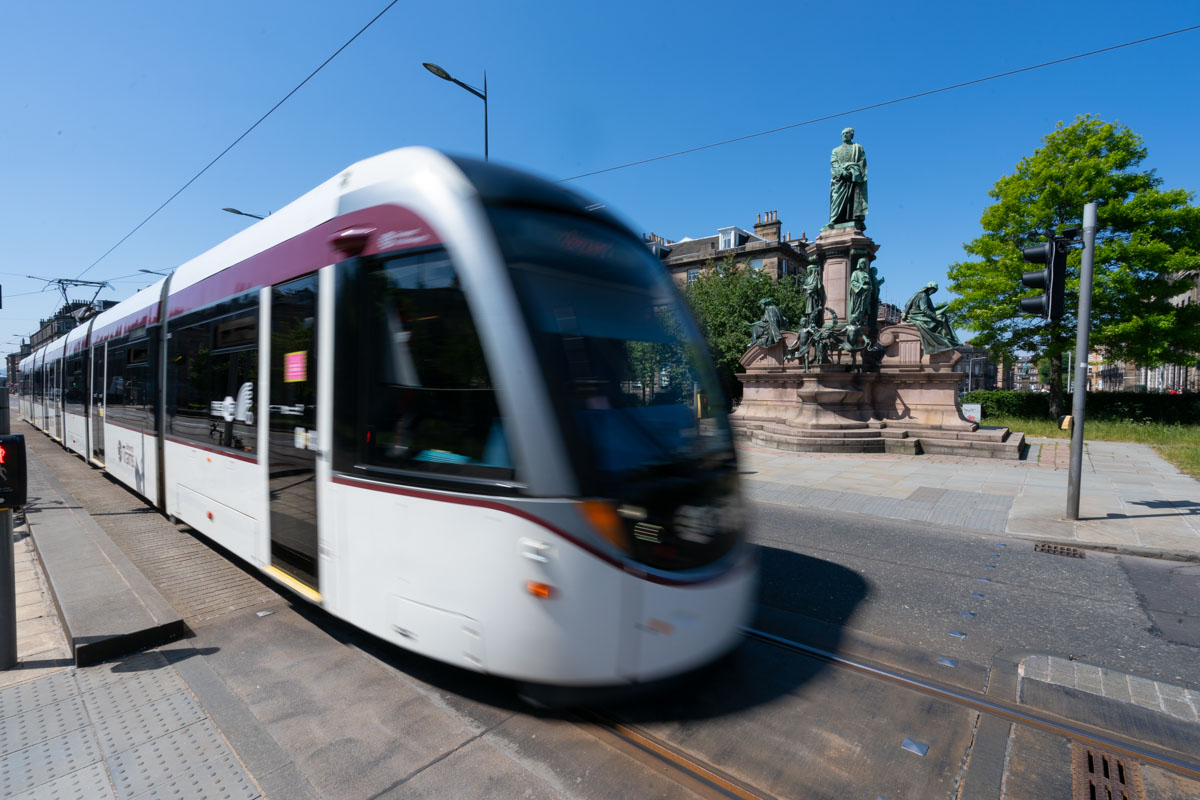 Although there was a full council meeting earlier in the week one of the most dramatic changes in the city was not discussed there. It will instead be discussed at the Policy & Sustainability Committee comprising only 17 councillors when that meets next Thursday.

There is a proposal on the table to form a single company from our bus company which is an institution and the relatively newer Edinburgh Trams, with the overarching Transport for Edinburgh. This is a recommendation at present and the first move will fall to be decided next week.

The rationale is that people need to be encouraged to use public transport, and so it should be as joined up as possible. If car drivers in Edinburgh can be enticed out of their cars and onto buses and trams this will allow the capital to achieve its carbon neutral goals by 2030.

There are three options on the table – ranging from do nothing, do the minimum, to creating a single company to deliver all transport operations. If the council agrees to proceed with any of these, then it is recommended to plump for the most radical of forming one company as its preferred option. The whole integration process would be dealt with on paper by merging the companies , but there should be little negative impact on the passenger. All of this will then be discussed further with Lothian and Edinburgh Trams as well as other neighbouring councils and the unions.

While the bus, tram and city bike would still have separate corporate brands, the backroom would all be one with potential senior management savings. The CEO of Lothian earns £150,000 per annum with the possibility of a 30% bonus, although the council indicated recently that they hoped very much the temporary acting CEO would not seek to take his bonus.

Covid-19 has wrought many changes, and the need to use public transport has changed because of home working, conference calling and the like. The council owns both companies and while they are both award winning and high quality, it will be necessary to take a new approach to the delivery of public transport across the capital. There is a need for joined up thinking as well as joined up routes. Any unnecessary competition can be dealt with in such a merger, and there could be economies of scale too.

The report produced for the councillors to consider says that the current corporate set up has meant there is little collaboration between the two companies, and that there are inefficiencies in both. All the recent council strategies like the Edinburgh City Centre Transformation and Low Emission Zone policy will need effective public transport systems which the report indicates this move might produce.

There is already a limited crossover in their administration processes, but this would put both companies under one roof.

Council Leader Adam McVey said:“This is about creating a sustainable, accessible and joined-up public transport system that is fit for the future. As we’ve experienced over recent months, and will continue to do so, our city, like others, is undergoing a significant period of change as a result of COVID-19, and we must adapt in response. We simply must change the way we move around the city if we are to meet our ambitious goals to become carbon neutral by 2030 and to create a fairer, more inclusive environment.

“We wholeheartedly appreciate the roles of both Lothian Buses and Edinburgh Trams in providing high quality, award-winning public transport and excellent customer service, and will always do everything we can to help our companies achieve that.”

Depute Leader Cammy Day said:“For the many employees across these companies who play such an important role in delivering essential services, particularly during the current COVID outbreak, I want to reassure them that these changes will not negatively impact on their jobs. Rather, as we lead the charge toward a zero-carbon future, we want to increase reliance on sustainable public transport, and as bus and tram use continues to grow, we’ll need more drivers and staff to run the companies.

“However, we can’t move forward with these aspirations as it stands – we know that the current structure has led to inefficiencies. Of course this will take time and a great deal of engagement and planning, but by driving better integration, ensuring improved governance and putting the needs of the public at the centre of public transport delivery, I know we can provide a system that future generations will thank us for.”

Transport for Edinburgh Limited was formed by the Council in 2014 as parent company, with a wholly owned subsidiary Edinburgh Trams Limited and a 91% ownership of Lothian Buses Limited, where East Lothian, West Lothian and Midlothian are minority shareholders. This model was intended to achieve maximum integration between transport companies.

Read the full report, Reform of Transport Arm’s Length External Organisations, on the Council website. This will be discussed by Policy and Sustainability Committee on Thursday, 9 July – watch the webcast of the meeting online.