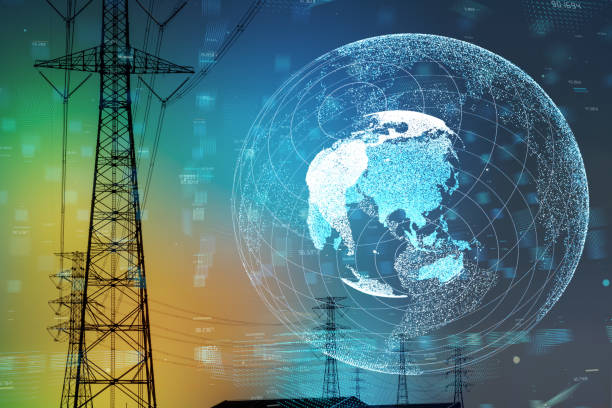 With unemployment set to soar in the UK following the Covid-19 pandemic, a retired engineer continues to lament the fact that successive governments since 2010 have not adopted his innovative Smart Grid system.

He says that if they did so now it would offer an eco-friendly economic recovery to fight climate change,

Hugh Smeaton’s system – which has been recently patented in the UK (Apparatus for Monitoring Electricity Supply System) – could mean that the UK, and particularly Scotland, (if Smart Grid was controlled by the devolved administration, and not Westminster) become the all out market leader in the Smart Grid technology race, selling Smart Grid to the developing world in an $500 billion market.

In a fifty year career during which he was responsible for many thousands of man hours in the Scottish engineering marketplace, Smeaton is a former winner of the Queen’s Industry Award for exporting, and Deputy Chairman of the Scottish Electronics Technical Group.

Having taken his case to both the Parliamentary Ombudsman and to Ofgem, (the case still continues) he says he has consistently provided hard evidence that Smart Grid in the UK is mired in skullduggery, with a major exposé needed before it is too late.

He claims he is able to demonstrate unequivocally that he met the brief set by him by the Coalition Government in 2010 to develop a Smart Grid.

“We are about to experience a crisis in employment in the UK,” said Smeaton. “My system would create many jobs at home and abroad in the engineering sector. The other side to this is climate change which was a hot topic before lockdown. Cleaner air and less pollution were celebrated during lockdown, but when the economy fully re-boots, the same issues will come back, along with the UK’s continuing flood risks.”

“There has been talk of a green recovery as we come out of this, so the Government has to come up with a clear plan of how to achieve this. We have to ask why the UK’s current smart grid system, rolled out to consumers at huge expense, and claiming to help the environment and provide cheaper bills, is not fit for purpose.”

Smeaton also says that the UK’s current system does not comply with the vote taken at the 2015 Paris Conference on Climate Change to reduce Avoidable Carbons. It created a demand for a System to measure and reduce the Electricity Theft from Low Voltage Networks.

He explained: “The UK’s big energy companies, whose non Executive Directorships and other key roles are occupied by individuals who also sit on the boards of public sector organisations tasked with looking at Smart Grid, have blocked my technology as they want to protect their own interests and profits in keeping energy prices higher than they need be. The consumer is the loser, along with the environment.

“Network losses are higher in the energy systems of developing countries, so my application has huge scope there and could provide jobs for Scots engineers abroad. The Scottish devolved Government does not have Smart Grid under its jurisdiction, it’s all controlled by Westminster – such a missed opportunity.”

Smeaton was recently hospitalised with coronavirus, but has now recovered. He finished by saying: “I am seeking acknowledgment, validation, and indeed some compensation for pioneering the technology, which has now been adopted in China and other parts of the world. The most important thing for me at this time is to know that my patented technology has a chance of being used in the future to benefit the Scottish or UK economy.

“I welcome anyone from the world of business, science or the environment, getting in touch with me to lend some support or funding to widen my patent as I continue my fight.”