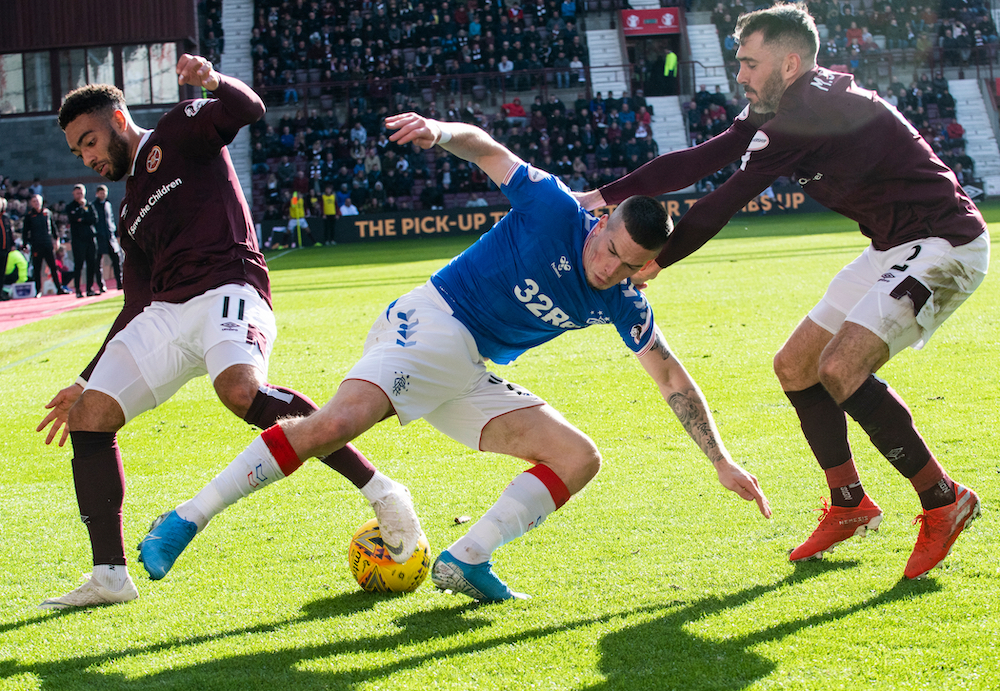 A new proposal by Rangers could save Hearts place in next season’s top-flight if it gains sufficient support from other clubs.

The proposal would mean both Rangers and Celtic would  have ‘B’ teams in the bottom tier of a 14-14-18 league set-up but they could only get promoted as high as the Championship and would only be able to field players aged 21 and under.

Kelty Hearts and Brora Rangers would also be invited into the SPFL to make up an expanded League One.

The Glasgow giants would immediately pay a £125,000 joining fee, with further payments to be made in each of the following three campaigns and would agree to buy at least 200 tickets at a cost of £15 for each away game, with the money paid in advance.

They will also pay £1000 to stream each of those matches, should facilities be in place.

In the event that the proposal is accepted Hearts and Inverness Caledonian Thistle would be added to top 12;

The League would split into a top six and bottom eight after 26 matches then the top six would play home and away (total 36 games) as would the bottom eight (total 40 games);

One team would be relegated, and another would face a play-off as currently.

Raith Rovers, Falkirk, Airdrie, Montrose, East Fife and Dumbarton would be moved up;

League would split into a top six and bottom eight after 26 games;

Top six would play home and away (total 36 games) as would the bottom eight (total 40 games);

One team would be promoted, plus three more would make play-offs as currently;

Bottom two would be relegated, with the 12th-placed team in play-off.

Rangers’ document will be presented to other teams by Tuesday and were the plan to go to a vote, it would need 32 of the 42 clubs to support it.

Seventeen of those would have to be in the Premiership and Championship, with 11 of them in the top flight.