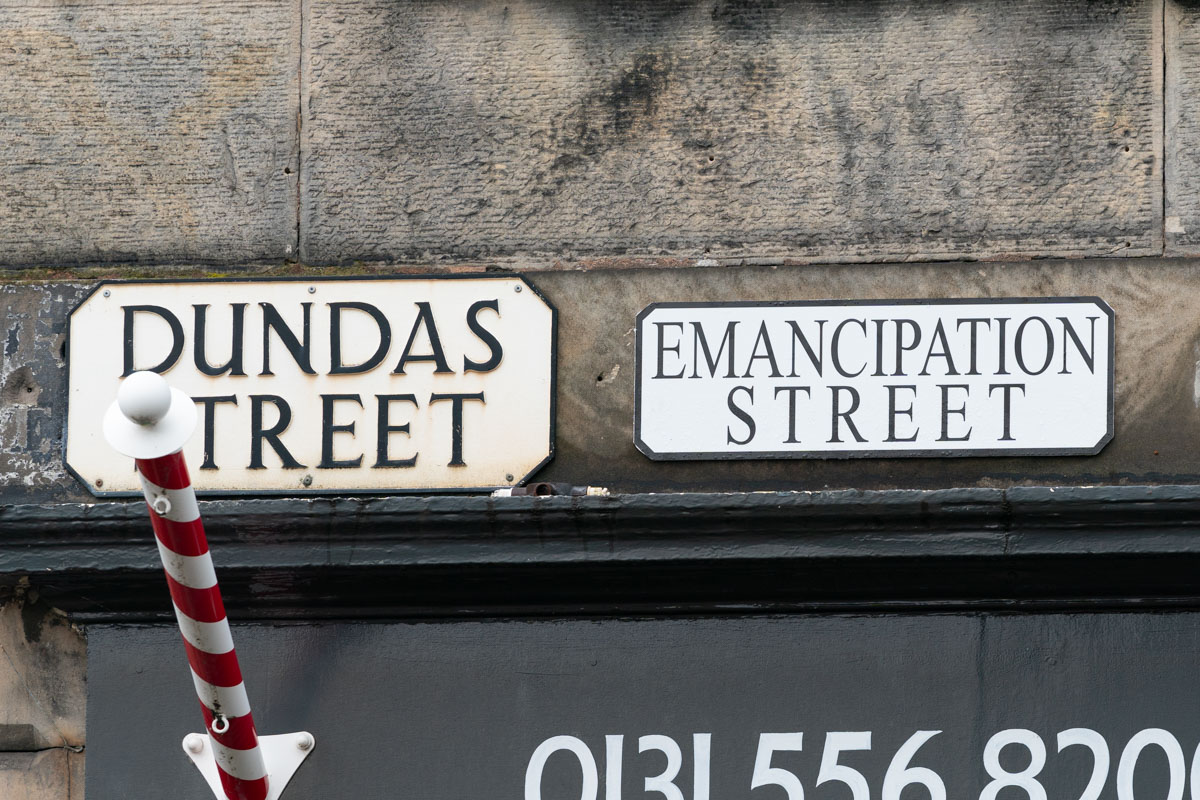 A group which says it is unnamed has tweeted from the account @EmancipationSt1 explaining its actions in the latest development of the slavery debate in Edinburgh.

They have placed new street signs on Dundas Street, Regent Terrace and at the entrance to Queensberry House at The Scottish Parliament, claiming these are more appropriate names to use.

The group issued this statement: “We are an unnamed group of individuals of varying ethnicities, ages and backgrounds. The belief that draws us together is that we are working to see an end to racism – in Scotland and beyond.
“Additionally, we are unnamed to pay homage to many enslaved people whose names, lives, deaths, families, stories and deeds were erased by history.
“We have planned this grassroots action on ​26th June​ to advance the conversation that has been brewing for countless decades and has come to the fore again more recently with the murder of George Floyd and the wave of Black Lives Matter protests which have moved across the globe. We reject the white-washed, male-centric and racist revision of history and demand that our street names and statues, such as the statue commemorating Henry Dundas in St Andrew Square, are a reflection of Scotland’s true role in the past enslavement of human beings, Colonialism and Imperialism.
“Scotland’s wealth and prosperity are built on the backs of Enslaved People – there is no denying or escaping this fact. In re-naming these street signs, we are removing the names of the elite who do not deserve to be honoured for mass atrocities and honouring ideas of freedom, non-colonial education and an end to oppression.
“We stand with local activists and academics who have dedicated years of their own time, study, passion and resources in researching this. The information is there – now it is time for Scottish authorities to let these experts take the lead.
“We demand that white Scottish society, in consultation and collaboration with communities, are given the tools to learn from the past: to ensure that they understand that it is down to them to bring down the structures that allow racism to flourish, so that Black People can live free from oppression and injustice. We demand that Edinburgh streets named after people with links to slavery are changed to reflect Black history which is vibrant, diverse and about so much more than slavery. We demand that statues of slavers are removed and replaced with monuments to the people whose stories and lives were stolen.”