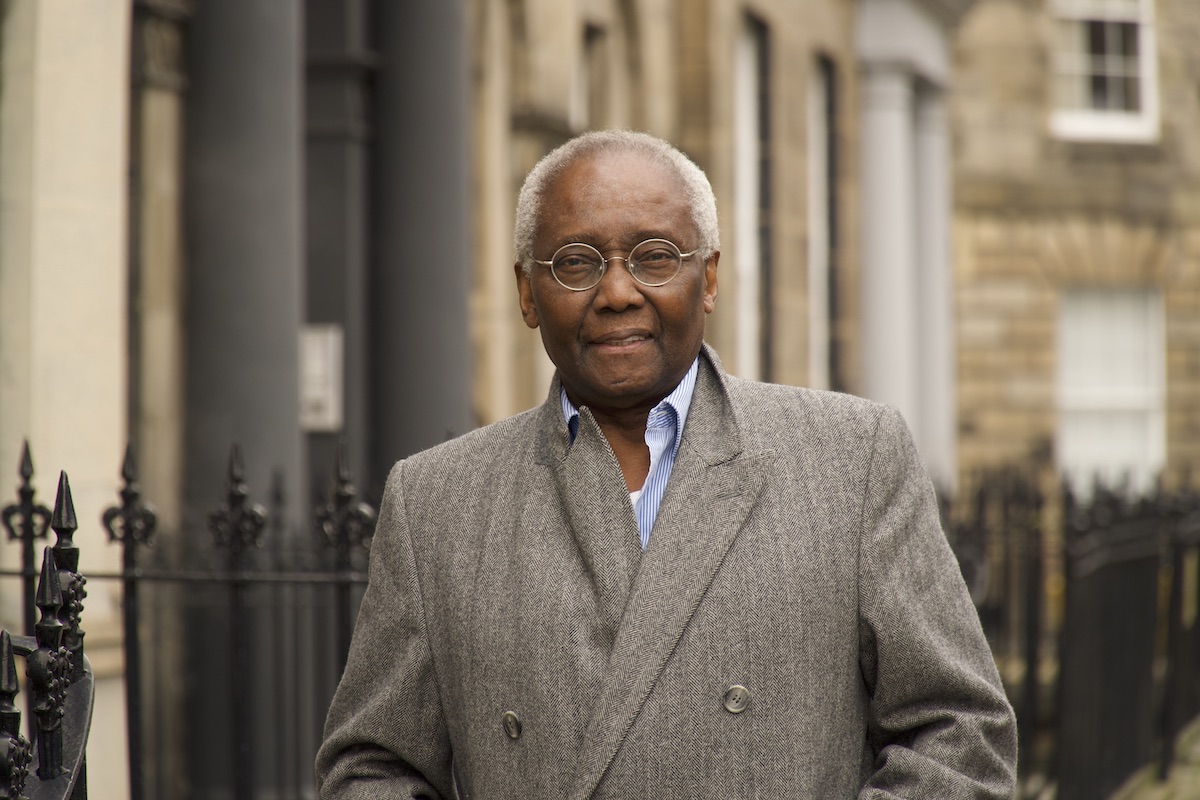 I had a long conversation with Sir Geoffrey Palmer in Part 1 of this series where we learned about the history of 24 Forth Street and its connections to the slave trade.

Now in Part 2, the conversation moves up the hill to St Andrew Square where we find the 41 metre high Melville Monument erected in honour of Henry Dundas, 1st Viscount Melville.

Dundas was Home Secretary at one point and was also of importance to the slave trade. There have been plans to put up a corrective plaque on the monument allowing the public to know the true story, but there has been something of an impasse among members of the plaque committee. Nobody seems able to agree on the appropriate wording.

First of all we began the second part of our chat with the story of Joseph Knight, a black boy who was brought to Scotland by Sir John Wedderburn a plantation owner from Perthshire. You can read part 1 of this mini series here.

The boy or youth as Sir Geoff described him, ran away, and a court case followed which ended up in the Court of Session, with Henry Dundas, the Lord Advocate, representing the boy and the Solicitor General representing Wedderburn.

The decision went in favour of Knight who was declared to be a free man, and so not a slave in Scotland. The court decided that the Jamaican slavery laws had no effect here.

The importance of the case to the continuation of slavery in the Caribbean has not been lost on Sir Geoff. He explained: “The established view is that Scotland abolished slavery in 1778. Knight was released. I say the Knight case was a show case. All these judges I think contrived to support slavery in the Caribbean because it was in Britain’s interest.” And in particular he picks out Dundas who said he wanted slavery abolished, but only gradually.

The point is, Sir Geoff says, that everyone thinks that Scotland abolished slavery with this case, but in his view this is a myth. He said: “It’s a self-serving view. It’s making an excuse while Scotland owned 30% of the slave plantation in Jamaica at that time. It reaffirmed slavery in the Caribbean. When Wilberforce put forward the proposal in 1792 that slavery be abolished, Dundas actually said it should be gradually abolished, even though he had been involved in this case many years before.”

Now Palmer is a member of the committee trying to decide what to write on any plaque to be put up by the monument in St Andrew Square. As we said above there is an impasse over the exact wording, but Palmer wants it to reflect the man’s past more accurately.

It was in 2016 that Adam Ramsay lodged a successful petition with The City of Edinburgh Council to get a plaque put up on the monument whichh would better represent Henry Dundas and his brutal past.

Edinburgh World Heritage says about the monument: “The Melville Monument is a good example of how the meaning of the city’s landmarks can change over time.

“Today the figure it commemorates is largely forgotten, and instead people appreciate it as another part of the city’s extraordinary architectural heritage, an impressive backdrop to our daily lives.”

You can listen to our podcasts with Sir Geoff here.