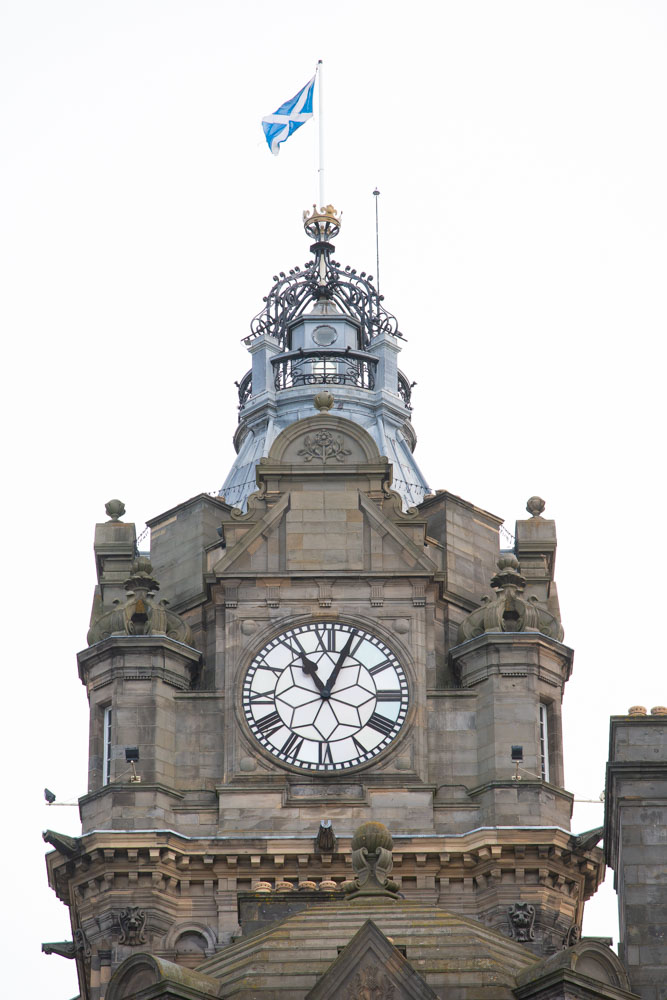 Outside my house the cherry tree has suddenly burst forth in white blossom. It does this every year, whether there’s a coronavirus emergency or not.

And it reminds me that life goes on despite the awful death statistics read out to us each day at Nicola Sturgeon’s press briefings.

We’ve now had almost a thousand Covid-19 deaths in Scotland. And we’ve rather suddenly discovered that not all of them are in hospitals. In fact a quarter of them have been in care homes and nearly 14 per cent in people’s own homes. So the governments, both here in Scotland and in England, have swivelled round to address the urgent need for more testing and protective equipment  in nursing homes.

And it’s to our shame that we have so far ignored the plight of nurses and other care staff in what’s called “the community” ie in the non-hospital setting. This is one lesson we must take into the future. Another is that “the community” is full of kind and inventive people who have turned out to help.  Over 60,000 have now signed up to the government’s appeal for volunteers.  And small local initiatives are springing up all around us. My local community centre is distributing over 100 food parcels to vulnerable people every day.  A keen runner around Arthur’s Seat, Olivia Strong, has raised £1m for the NHS with her on-line “5k Run for Heroes” campaign.

Kelvinside Academy in Glasgow, along with schools in Larbert and Airdrie, are producing thousands of plastic visors for medical staff.  In Crieff in Perthshire, “the community” have been leaving food and other supplies in a disused telephone box to be picked up by families in need.  In Sutherland 90 year old  Margaret Payne is climbing up and down her stairs to raise money for the NHS.  And in Skye a couple with their own boat have been taking supplies over to the two families who live on the tiny island of Rona.

Another lesson we’re learning is that a tiny organism can wreck the whole world economy.  The International Money Fund is warning that the downturn could be worse than the Great Depression of the 1930s. Last week the Fraser of Allander Institute said Scotland was facing a 25 per cent fall in national income. That’s been overtaken this week by a forecast from the UK government’s Office of Budget Responsibility which suggests the fall could be up to 35 per cent, with unemployment rising to 3.4 million across Britain or 10 per cent.

If that is the price of the lockdown, not much wonder people are beginning to ask: when will it end? And how can we pull out of it without causing a second outbreak of the virus?

Nicola Sturgeon has been even more adamant than the UK government in saying now is not the time to open up the non-essential economy. But she has hinted that when the virus figures start the turn down, she could imagine schools re-opening, and some small shops, along with an easing of the lockdown rules and a more intense testing regime. But at the moment she fully supports the UK government in continuing the lockdown for another three weeks.

Both governments have shifted their stance over the course of the last month.  The original aim of the lockdown was to “flatten the curve” of the increase in Covid-19 cases, so prevent the NHS from being overwhelmed and thus save lives in hospitals.  We have now achieved that. As I write Scotland has 1,799 people in hospital with Covid-19 and that figure is either stabilising or going down. But the NHS capacity is 3,000 beds and that’s before the new temporary hospital in Glasgow is used. The number of patients in intensive care is stabilising at around 200, while the number of intensive care beds is 700.

So it’s not clear, to me at least, what the new aim of the lockdown is.  Is it to defeat the virus altogether by stopping it spreading? Is it to hold it at bay till a vaccine can be rolled out?  Or are we just keeping the lockdown in place as a precaution against a second outbreak?

It may be all three, but then the slogans have to change. And maybe too the terms of engagement.  It would be useful, for instance, to know which part of the lockdown has been most successful – the stay-at-home or the social distancing, or the closure of non-essential business.  It would also be useful to know if other factors have influenced the stabilisation of hospital admissions, like the weather or the date at which the lockdown was introduced. We are learning how much we don’t know.

And the third lesson we’ve learned is how quickly ordinary life can be thrown into chaos.

Take football for example. Not only are all matches cancelled but the senior clubs have fallen out over how to deal with the league rankings.  After several days of behind-the-scenes wrestling, Dundee Football Club finally cast its swing vote in favour of ending the season now and accepting the rankings as they stand. But it has won a concession from the authorities that there will be a review of the league structure for next season. This may allow teams that were due for relegation to remain in their current league. None of this however applies to the Premier League where the infighting goes on.

With the nation in such agonising suspension, it’s not much wonder that the famous Balmoral clock (on the hotel above Waverly Station in Edinburg) has stopped. Time itself is standing still and it can’t be restarted until the Covid-19 crisis is over and the clocksmith can get in to repair it.