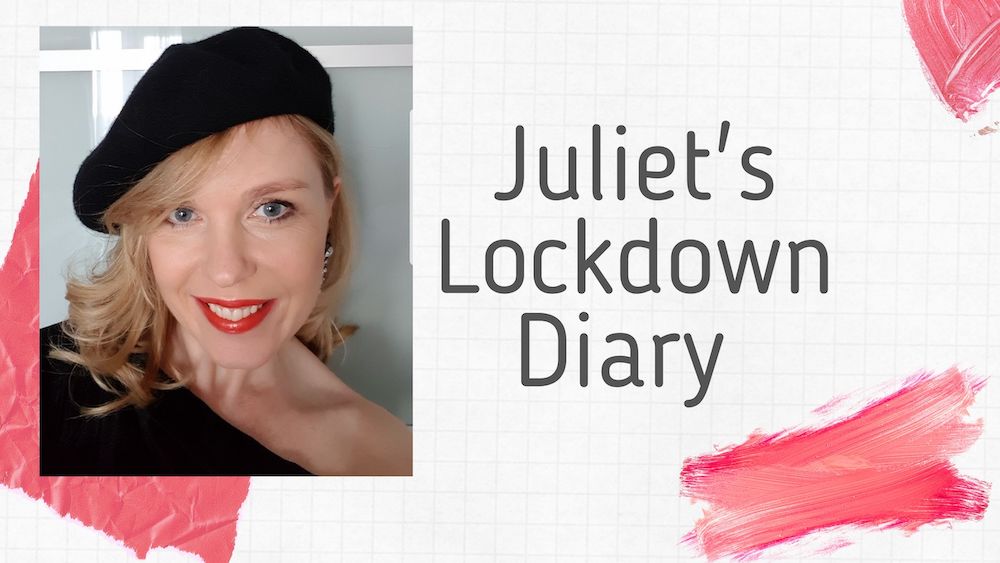 I was recently reminded of the terrified eyes when I nearly ran over a rabbit on the old A1 when I lived in the charming, yet boringly pub free, village of Tyninghame.

Dominic Raab, a man whose ambition clearly never took a thought for his ensuing authority is, at the time of going to press, waxing lyrical about his boss’s ‘fighting spirit’.

Goodness knows he’s taken a battering for such unwise language, because as we all know Corina-19 is a disease that ‘doesn’t discriminate’. Well in our de facto leader and very own Easter Bunny’s defence, neither do many other diseases or illnesses. Its a nice phrase that is peddled out for almost everyone.

His more galling language is ‘we will not forget you’, not only referring to NHS staff but the lowly paid heroes who stack supermarket shelves, pick up rubbish and do all the other ‘key’ but lowly, underpaid jobs that nobody ever thanks you for. If you’re currently stacking loo roll, even onto the poshest shelves in Waitrose, worry not: your qualms will prove entirely correct. Dominic Raab and most other people will remain resolutely ungrateful when this is all over.

And once the airlines get back into business we’ll all be clambering onto them again. Yes, the world may be ‘healing itself’ but Greta will be back in business soon. This pandemic won’t change the world, we’ll just not think Ryanair flights were as rubbish as before.

A worse sentiment than the ‘fighting spirit’ has to be, “They are in our prayers.” For me there’s never been a good time for religion but it’s definitely not now.

Certainly faith brings some people a lot of comfort but if you think your God is looking out for our Prime Minister or anyone else, you have to ask yourself why He has been so tardy in His attentions up until now. It’s my assertion that God has no ‘plan’ for you and if He has, then He’s a pretty poor show considering his terrible intention to others. It usually ends with some enduring terrible suffering in countries where worship isn’t followed by tea and biscuits. I don’t believe in Karma either but the bleating of AirBnB owners on the cancellation of the Edinburgh Festival is a joy to behold. Perhaps there is a God after all?

However, I mustn’t be too hard on the heaven heroes. They do lots for the community and that’s great for everyone.

The major supermarkets are also being mindful towards the elderly and key workers by opening special early morning hours just for them. My over 60s parents won’t be participating in this generous offer, partly because they don’t consider themselves to be either elderly or vulnerable, but mostly because at these early times you can’t buy booze. Vodka and beer are their five o’clock treat and they’re ready to lobby The Scottish Government to ease up the licensing laws, which have always been ridiculous.

Equally, for key workers, why shouldn’t they have easy access to drinkypoos at the end of a hard shift? Why are we so stringent on alcohol when online betting still exists? You can’t buy a bottle of wine at nine o’clock in the morning, but can lose your house and savings 24 hours a day. Anyway, the lockdown has shown my glamorous ‘pensioner’ mother a new form of exercise. To get a pace up she went for a walk in flat shoes for the first time in her adult life. There’s no way drinks hour is going to be replaced with a cup of tea in my parents’ household.

One thing I used to hate about working is that I couldn’t watch the crush of my life Adam Boulton on Sky News. In fact, every morning when I see Adam is alive and virus free I think all is well with the world, the same way some people feel when the Pope or Vera Lynn are still on our mortal coil.

My eight year old daughter never tires of telling me that Adam Boulton is married and that I ‘shouldn’t get my hopes up’. What she doesn’t understand is that I very much like having a ‘through the screen’ crush and have no desire for the real thing. Being single is often financially and socially the short end of the straw. Not now, it isn’t! In lockdown, being single is great. No snoring to endure, no arguing about the housework or the angle of the lav seat. It’s certainly a gilded cage.

With that in mind I won’t be signing up for Quarantine Together, a site aiming to connect people and ‘flatten the curve together’, which sounds like a very boring sex act. In my experience you can do exactly the same on Tinder where men want to endlessly text women and never meet up with them.

Even in the 21st Century there appear to be a lot of closet homosexuals out there. Yet what could be perceived as a positive lockdown romance, two ‘middle aged’ pandas in a Hong Kong theme park have become so bored with no human visitors to avoid, and started to, in the words of Marvin Gaye, ‘get it on’. After ten years of indifference Ying Ying and Le Le are reported to be pregnant. I’m not sure which one, because without being Pandaist, they all look the same. But let that be a lesson to you, new or old cohabitors. Spend the lockdown in flagrante if you like but the pharmacies are still open.

Into the back of the net! Matt Hancock aimed for a smidgen of likeability by socking it to footballers. Why does everyone hate footballers so much? And by everyone, I mean the educated middle classes? Well footballers are an easy target: they’re ostentatious, vulgar, get stupid haircuts, too many tattoos, end up with implausibly gorgeous wives, shag other women too, have the propensity to be filthy rich, uneducated and have a job that looks like a hell of a lot of fun.

But, most of all, they achieve all this when they’re working class. That’s what really riles. Your middle class lefty might rejoice in working class oikes getting rich as long as they work in the arts, and then not only can they be tax evaders but they’re also welcomed to tell the rest of us how to behave.

Footballers however ought to, in the words of our Health Secretary, help the NHS by “taking a pay cut and playing their part.”

Meanwhile, HRH Her Majesty the Queen, has delivered a rousing and encouraging address to the nation. How it must have buoyed up the nurses, hospital porters and other minions doing her sterling work. The Royal Family have historically had short arms and deep pockets. One of the richest people in the world (according to Forbes worth £427 million with the whole royal family standing at £72 billion) ought the Queen, who cares so much about her subjects get her royal cheque book out?

And what about the CEOs desperate for the government to bail them out whilst laying off their employees and never paying a penny of tax for their business interests in the UK in the first place? Jacob Rees-Mogg, perhaps? But no, let’s have a go at footballers, the majority of who are perfectly decent people. Oh but hang on, they often get their ears pierced too. And they’re men. Oh well then.

Last week I waxed lyrical about the wonderful woman that was Catherine Calderwood. Oh dearie me. If it’s any consolation, Dr Calderwood, anyone I support in the darts BDO never gets to the final either. As my late grandmother would say, “For being so clever, you’re awfy stupid.”