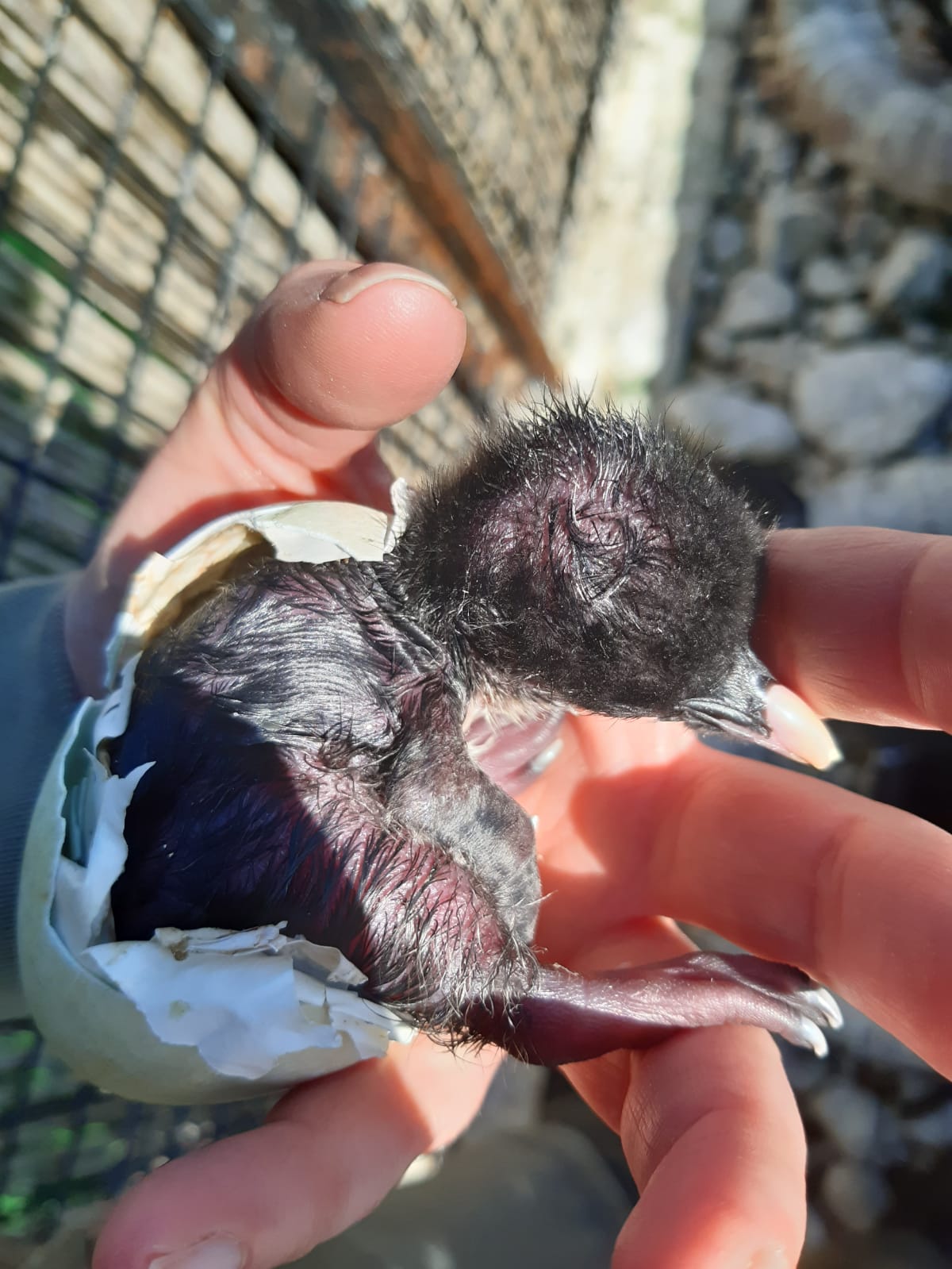 Although the zoo closed to the public, the tiny chicks can be seen on the wildlife conservation charity’s live webcams, where the zoo says it is hoped more will appear over the coming weeks.

Dawn Nicoll, senior penguin keeper, said: “Northern rockhopper penguins are an endangered species so it is really exciting to welcome new chicks to the colony. The first 30 days are critical for their development, so we’ll keeping a close eye on them at this sensitive time.

“We counted 14 eggs in total and four chicks have hatched so far, so fingers crossed there’ll be more good news to come. Last year we welcomed four youngsters which was the most successful breeding season we’ve had for the species at the zoo for many years.

“It has been amazing to see how many people have tuned into the webcams so far and fantastic for them to be able to see the chicks  as they grow, even if they can’t yet visit in person.

“Being closed means we have no visitor income and it costs £55,000 to feed our animals each month. People can help look after our newly hatched penguins and protect their cousins in the wild by donating on our website.”

As well as  being part of the European breeding  programme  for Northern rockhopper penguins, the zoo has worked to help safeguard the species in the wild for many years, including supporting annual surveys and public engagement in the Tristan de Cunha archipelago.

Having helped to publish the first  global action plan for Northern rockhoppers in 2017, RZSS is currently working on a genetic analysis of the species to understand how connected populations are across the distant island groups that they live on.

Interested webcam watchers can find out more about this work and rockhopper penguins in the new #RZSSGoesWild video series. And of course you can watch them all on the webcam here.