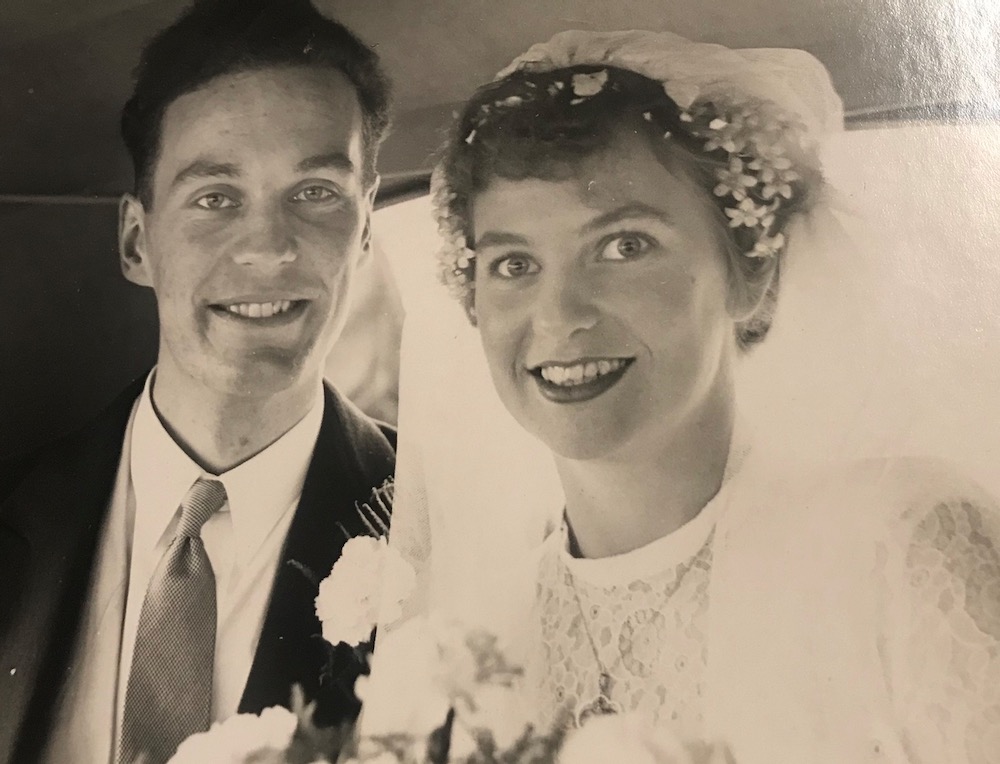 He sailed the seven seas onboard majestic Cunard Line ships, and was a crew member on the 1946 maiden voyage of the iconic John Brown built Queen Elizabeth liner.

As a purser Jim Shuttleworth visited the world’s hotspots in the glamorous days of five-star ocean going liners, before advances in aviation and faster transatlantic travel left the cruise ship industry high and dry.

But his greatest journey started in Liverpool during shore leave with a “reluctant” blind date, when he met young teacher Beryl Goold. The couple were soon married in Lancashire and the sailor and his teacher wife embarked upon a life-long voyage which was celebrated 70 years later with family and friends at Edinburgh care home Queens Manor.

Beryl, known affectionately a “B” arrived at the Queensferry Road home before Jim but during that time it was clear to fellow residents and staff just how much she missed her husband.

When Jim, 92, was reunited with his beloved B, 94, at Queens Manor, staff sprung in to action on discovering the next day was in fact the couple’s platinum 70th wedding anniversary.

Lara Masucci, acting general manager at Queens Manor, said: “The team were delighted when Jim arrived and even more so when it was discovered that it was Jim and B’s 70th wedding anniversary the very next day.

She said: “We organised a room for a surprise private lunch, flowers and bubbly, and Jim awaited his beautiful date. B entered the room and didn’t know her beloved husband was waiting for her.

“She was completely overjoyed and the celebrations were complete when their two children and four grandchildren joined them over the weekend for a family celebration.”

Memories of Jim’s life at sea had come flooding back when nursing home staff stumbled upon old dictionaries and books at a church sale in Cramond Kirk which they knew would be of interest to Jim.

Lara added: “When leafing through these leather bound pieces, Jim came across a photo of the Queen Elizabeth he had worked on in 1946 on her maiden voyage. This sparked lots of memories of Jim’s time working as a purser on ships sailing he Cunard Line. As well as the Queen Elizabeth, the world’s largest passenger liner for more than 50 years, Jim sailed on the Media from Liverpool to New York and the RMS Franconia to Mumbai (Bombay).

“When Jim was working on the Cunard Line he had a shipmate who was dating a school teacher on shore in Liverpool. She was co-lodging with a fellow teacher and Jim was soon shoehorned in to ‘reluctantly’ agreeing to a blind date with her.

“Unbeknown to Jim, his future wife B also ‘reluctantly’ agreed to the date. Fortunately, this shared reluctance was the first of many shared moments and adventures and 70 years on, Jim and B are still happily married.

“It’s a wonderful thing that, from a forgotten, dusty old book found in a local church close to where Jim and B now live, the tale of how their voyage together began, was told.”