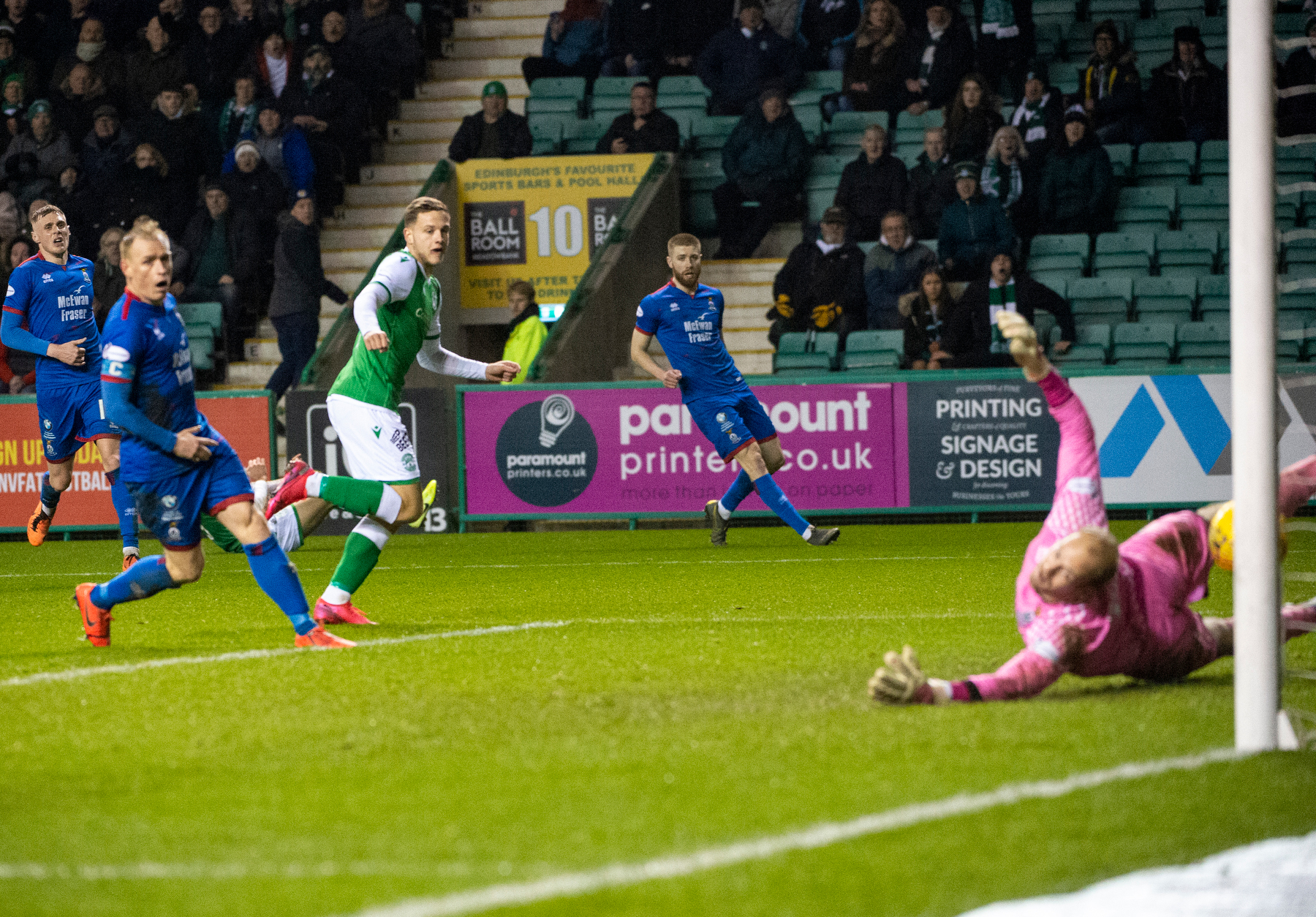 In sporting terms, Hibs’ striker Jamie Gullan has been hit harder than most due to the suspension of football due to the coronavirus pandemic after his first international appearance was cancelled just as his career was taking off.

Gullan started in Hearts’ youth system but was released before being snapped up by Hibs.

He was initially loaned to Lowland League side Gala Fairydean Rovers then Queens Park but continued to play for the Development side and scored one of the goals as Hibs won the 2017–18 Scottish Youth Cup final against Aberdeen.

He made his first team debut for Hibernian in July 2018, in a 2018–19 UEFA Europa League qualifier against Faroese club NSI Runavik.

Neil Lennon recognised his potential and loaned him to Raith Rovers where he quickly became a fans’ favourite. This season he scored nine goals and helped the club to the top of the table before returning to his parent club in January.

He scored his first goal in Hibs’ Scottish Cup quarter-final victory over Inverness Caledonian Thistle and made his first league start at Pittodrie against Aberdeen.

His performances caught the eye of Scotland Under-21 manager Scott Gemmill and he was selected for the squad that were due to face Croatia and Greece in a 2019-21 UEFA European Under-21 Championship qualification double which would have been the 20-year-old’s first international involvement at any age level.

Gullan was delighted to gain international recognition and told the club website: “It’s the first call-up I’ve had for Scotland at any age level, so it came as a real shock It’s a new feeling and in the last few weeks I’ve had my first start and my first goal to tick off.

“I’ve had three loan spells and played a lot of football for the Development Squad. It’s come together in the last few weeks, but a lot’s gone into that along the way.

“Being told I was going to start against Aberdeen was such a buzz because I thought ‘this is my chance to kick on’. The Scotland news felt like another landmark moment. Since I came back from my loan at Raith Rovers it’s been unreal.

“I know this is where I need to get the head down and work even harder. I won’t get carried away. It’s been brilliant and I’m really happy, obviously, but my priority is making sure there are a few more firsts to enjoy.

“The Scotland Under-21 call-up is one that I didn’t expect so it’s given me a wee confidence boost. All I look to do is work hard, try to improve and see where it takes me.”

“I want him to push to be part of our first team between now and the end of the season.

“He’s ticked every box, hence the reason why he’s put himself so much into our thoughts.

“There are no guarantees in football but he’s probably in a good frame of mind that he believes he can play and score in first team football.”