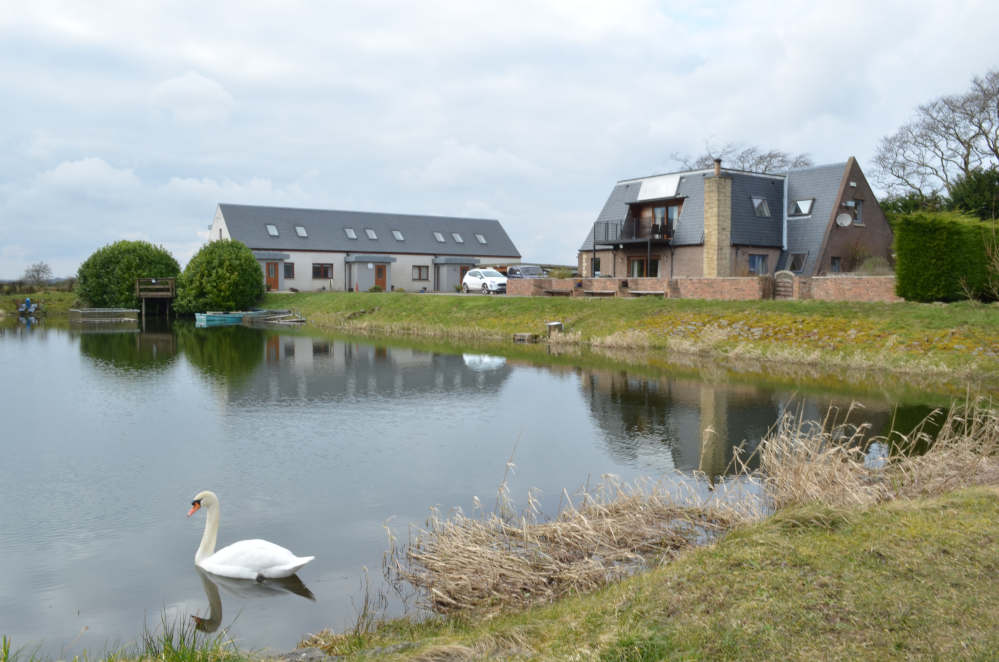 A chill, west breeze blew across Bowden Springs Trout Fishery creating a gentle ripple. Frankly, the conditions were not ideal for producing quality fly fishing, but we had made the effort so out came the tackle.

The thermometer, however, seemed frozen at 5C as we prepared and it appeared to be defying the weather forecast. Weather man Sean Batty of STV predicted it would rise. We were starting to doubt his prediction.

Eventually, a watery winter sun started to break through the clouds above Bowden Hill and the temperature rose, slowly. So did our hopes of hooking a hard-fighting fish.

There were no rises for over an hour and our spirits dipped again. Still, we prevailed.
Then, the sun then disappeared from the clear blue sky behind dark clouds arriving at pace from the Harthill area.

Within minutes rises began to appear on both the two-acre fly pond and the five-acre bait loch.
Not many, but enough to encourage hardy anglers who love to defy the elements to enjoy their favoured sport.

Early season, mini-lures work well at Bowden near Linlithgow. We had a black cormorant with flash on the point on a 12ft tippet with an intermediate line and the great plus about Bowden Springs is that you do not have to be a champion caster to seek out quality fish.

Many fisheries in Central Scotland have reported that it has been hard going during the dark winter months. Bowden Springs is no exception.

There have, however, been good days and a regular hooked ten during one profitable session using a chamois lure. Not a favourite pattern of some but highly-effective at the right place and at the right time.

Back to our toils. Owner Jim Gargaro returned from a dog walk to feed fish in a cage. He has been nurturing these fine fish and the water bubbled as the trout eagerly gobbled pellets.

We were, however, fishing an area known as The Valve at the other end of the fly pond which averages eight feet in depth.

Eventually, the tide turned and we lifted the rod to hook into a fine 3lb fish, a superb specimen from the spring-fed Yarrow Fishery near Selkirk.

Steve Otley’s fish grow up in St Mary’s Loch, the largest natural loch in the Scottish Borders on the A708 road between Selkirk and Moffat.

And Jim, a former Scottish international fisherman who used to own a popular fishing shop near Saughton Park, Edinburgh, gets all his fish from the well-respected source.

The fine-finned trout are full of vigour. They get annoyed at being fooled by fake food, and the one on the end of our 8lb fluorocarbon tippet – Jim says anglers will be broken on anything less – was anxious to stay clear of the net.

He continued to dive deep into the murky water in a bid to escape capture and he succeeded, slipping the hook just yards from shore. Saved an unhooking job.

The frisky fish lived to fight another day and this angler went home happy after having several more enthusiastic tugs during the short session.

We also tried the Bridge peg on the lake to no avail. Mabey next time. Jim indicated that damsel flies are popular along with buzzers, nymph imitations and fry patterns during the season.

Dry fly enthusiasts succeed at Bowden Springs with hoppers, emergers and sedge when fish are visible on the surface.

Meanwhile, there was activity in the bait pond. Powerbait (green and orange) and maggots consistently score here but there is no spinning allowed and you can’t use feeders. Groundbait is also barred and the best tactics are float or ledger.

Fish landed must be taken and catches have been good at man-made Bowden Springs which was built at the beginning of the 20th-century as a water supply for nearby Bo’ness.

It has been decommissioned but the fishery is open seven days a week from 8.30am to dusk. It is on the A706 near the Avon Gorge.

From Linlithgow, birthplace of Mary, Queen of Scots, take the A706 from Linlithgow Bridge and follow the Lanark signs. The fishery is on the left about three miles out of town.

From Glasgow, Livingston and Edinburgh take the M8 to J4 and then the A801 north signposted Falkirk. Continue on the A801 but turn right at Avon Gorge onto the A706. The fishery is about two miles towards Linlithgow.

Anglers come from all over Central Scotland, many making several trips a year. They enjoy the sport and the advice from Jim who knows his stuff.

He wants anglers to succeed and to spread the word about Bowden Springs. He is also keen to encourage beginners and young anglers, advising them to start in the bait pond and progress to fly fishing.

That is why Jim is happy to assist with tuition and coaching can be arranged for individuals and corporate parties who can also enjoy a BBQ.

The bothy at the fishery has a range of small tackle items and it also has free tea and coffee on tap and we really needed a warming cuppa after our session. Roll on the spring and summer.

For those thinking of holidays, either fishing in the many river and Stillwater outlets nearby, or seeing the sights in Central Scotland and beyond, Bowden Springs has three, fully-equipped, three-bedroom cottages for hire all with three bathrooms and under-floor heating in the open-plan kitchen living room. They all overlook the ponds on one side and The Trossachs on the other. 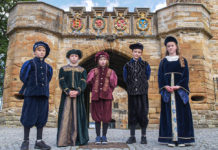