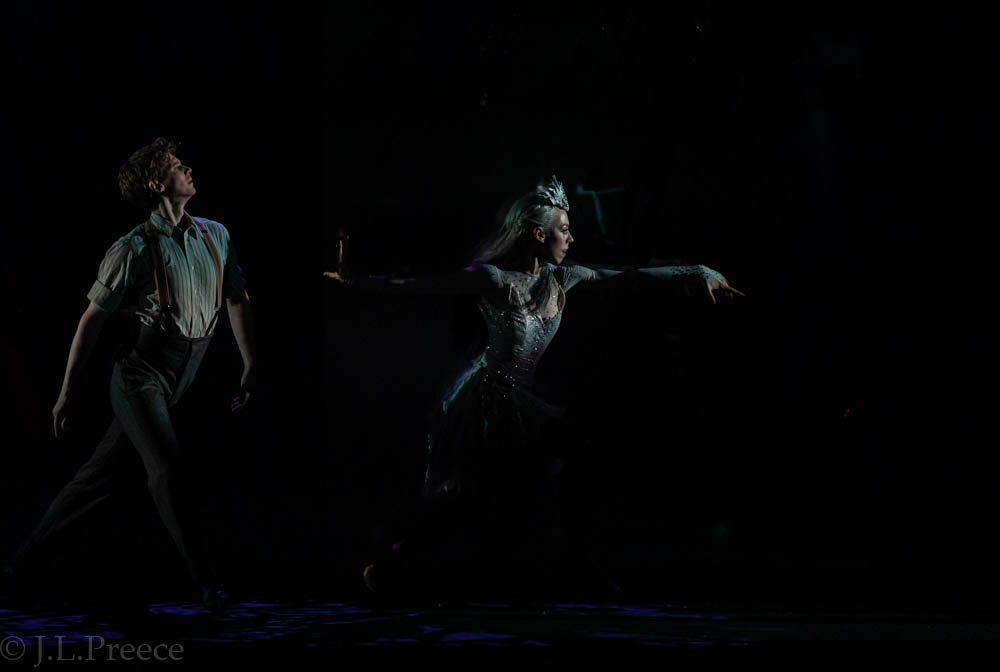 Scottish Ballet’s 50th anniversary year will be brought to a spectacular close this winter with the World premiere of Christopher Hampson’s ‘The Snow Queen’.

In a year of celebrations for Scotland’s national dance company, Scottish Ballet’s 50th anniversary comes to a spectacular close with the world premiere of CEO / Artistic Director Christopher Hampson’s The Snow Queen.

Scottish Ballet’s The Snow Queen is a story of love and friendship that will delight audiences of all ages. The action is driven by three central female characters: the brave young Gerda on a quest to rescue her true love, the enigmatic pickpocket Lexi at her side, and the powerful Snow Queen at the centre of it all.

Created in collaboration with multi-award-winning designer Lez Brotherston., The Snow Queen will take audiences from a bustling winter’s market, through a fairytale forest, and into the icy realms of the Snow Queen’s palace. The production will include a colourful cast of characters dressed in a total of 111 custom-made costumes, from a circus ringmaster and his troupe to dancing snowflakes and, of course, the dazzling Snow Queen herself.

Set to the music of Russian composer Nicolai Rimsky-Korsakov, the specially adapted score by Richard Honner will be performed live by the full Scottish Ballet Orchestra. One highlight will be an on-stagc violin solo, set to send shivers down audiences’ spines as the choreography, design and music come together for dramatic effect.

“It’s been an extraordinary year for Scottish Ballet, and I’m thrilled that we bring our 50th anniversary celebrations to a close with the world premiere of The Snow Queen. Unpicking this fairytale to bring out its most compelling characters and focusing on their journeys has been a rewarding process.

“Working with the brilliant Lez Brotherston, we have reimagined the story in a spectacular new world and I hope it will entertain and delight audiences of all ages.”

“It’s rare to be given the opportunity to create the visual imagery for a new piece of work; designing costumes and set to tell the story. Christopher and I have collaborated on creating our own version of The Snow Queen, giving opportunities to dance and movement as we create new characters and their backstories.

“For me, The Snow Queen has got magic, mystery and romance and it’s my hope that audiences will be taken on a journey that catches their imagination this winter.”

The performances will be accompanied by an extensive community engagement programme in schools and care homes across Scotland, as well as a special inclusive performance in Edinburgh on 19 December.

Furthermore, The Snow Queen will provide the stage for the culmination of Scottish Ballet’s Five Wishes campaign, which has seen the company make wishes come true across Scotland in 2019 as part of the 50th anniversary celebrations.

The fifth wish will see retired musician Colin, who is living with Parkinson’s, invited to conduct the Scottish Ballet Orchestra in rehearsal for The Snow Queen. Finally, on 12 December, Alzheimer Scotland’s Every Voice Community Choir from Dumbarton will be invited on stage to perform a Christmas song.

This will be the culmination of the Five Wishes story, followed by BBC Scotland for a special documentary of the same name that will be broadcast on BBC One (Scotland) on Monday 23 December at 7pm and will be repeated on Wednesday 25 December on BBC Scotland at 7pm.

Alongside the Five Wishes documentary, The Snow Queen will also be taking over televisions as BBC Scotland audiences are treated to a special performance of this new ballet as the glittering production is captured and presented as a feature length screening on BBC Scotland on Tuesday 24 December at 7.30pm and will be repeated on BBC Four at a later date.

The Snow Queen is the second major commission of Scottish Ballet’s Five in Five, an ambitious new commitment to stage five new full-length ballets over five years; one for every decade of the company’s history. In total, Scottish Ballet seeks to raise £5 million over five years to deliver these new works, and their associated access and engagement programmes.

As part of the Five in Five fundraising campaign, Scottish Ballet launches the Costume Appeal to help make this production of The Snow Queen possible. Audiences are encouraged to play their part and donate to help bring Lez Brotherston’s stunning creations to life.

The Snow Queen is on at The Festival Theatre from 7th – 29th December.

For more information, to book tickets to The Snow Queen, and to donate to the Costume Appeal, visit; scottishballet.co.uk /whats-on/the-snow-queen