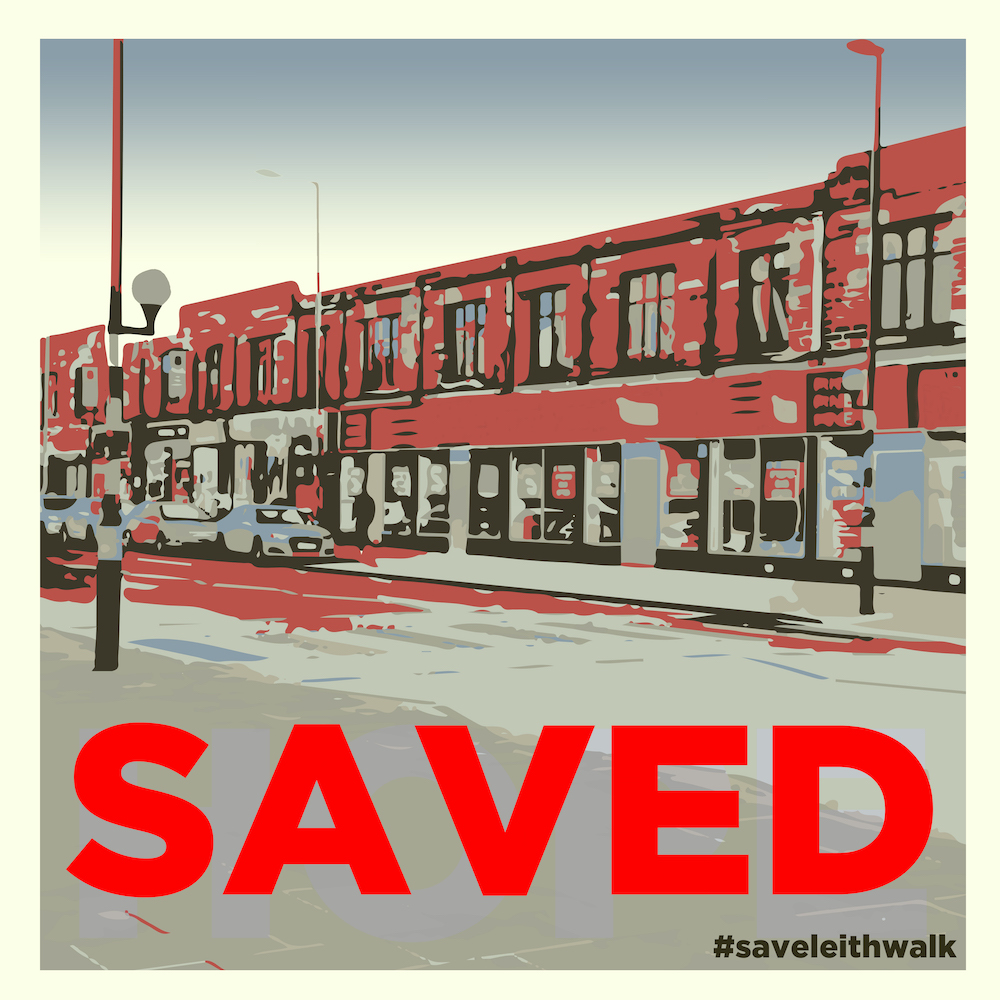 The Scottish Government Reporter has today dismissed the appeal by Drum Property Group in respect of the two storey red sandstone building towards the bottom of Leith Walk.

The two decision notices are published below.

The developers wanted to demolish and rebuild on the site but the Reporter has now upheld the earlier decision by The City of Edinburgh Council to stop that frommhappening.

A Save Leith Walk spokesperson said:  “Today’s decision shows what can be achieved when a community organises and unites behind a common message.

“It shows that the developers plans for Stead’s Place were completely out of step with community needs for housing, local businesses and retaining out heritage.

“The Scottish Government now stands alongside the City of Edinburgh Council, the University of Edinburgh and our elected representatives who support our community in rejecting the developer’s plans for Stead’s Place.

“It is easy to give up hope when you are faced with a challenge that looks insurmountable, but when community groups get the right combination of people together, they can be heard at the highest level. We hope that our campaign gives strength and hope to people across Scotland facing unwanted developments in their areas.

“The people of Leith have a clear vision for Stead’s Place and they are committed to making that vision become a reality. Should the developer now decide that this project is not for them, then the we are ready to take it forward ourselves.”

“Today Leith has been heard! Having been part of the ‘Save Leith Walk’ campaign since the very first meeting, the hard work and determination shown by local campaigners and the community has been incredibly inspiring. Working alongside ‘Save Leith Walk’, the Community Council and SNP colleagues Deidre Brock MP, Cllr Adam McVey, Cllr Amy McNeese-Mechan and Cllr Rob Munn, I’m very proud that together we’ve achieved this positive result for the community and preserving Leith’s heritage.

“It’s very disappointing that Drum evicted several good businesses over the last year. However, now we can look forward to what’s next for Stead’s Place and I urge Drum to respond to the community’s aspirations in that process and support the Leith Depot’s future on the site. I’ll be doing all I can to positively influence decisions toward affordable housing and affordable business space, while preserving the current building.

“The Save Leith Walk campaign has been an excellent example that communities can make a difference towards placemaking and planning in their area, and this will be enhanced by the new Planning Act (Scotland) 2019. I look forward to continuing to work with the campaigners and the wider community in Leith to develop the area in ways that meet Leithers’ needs and aspirations.”