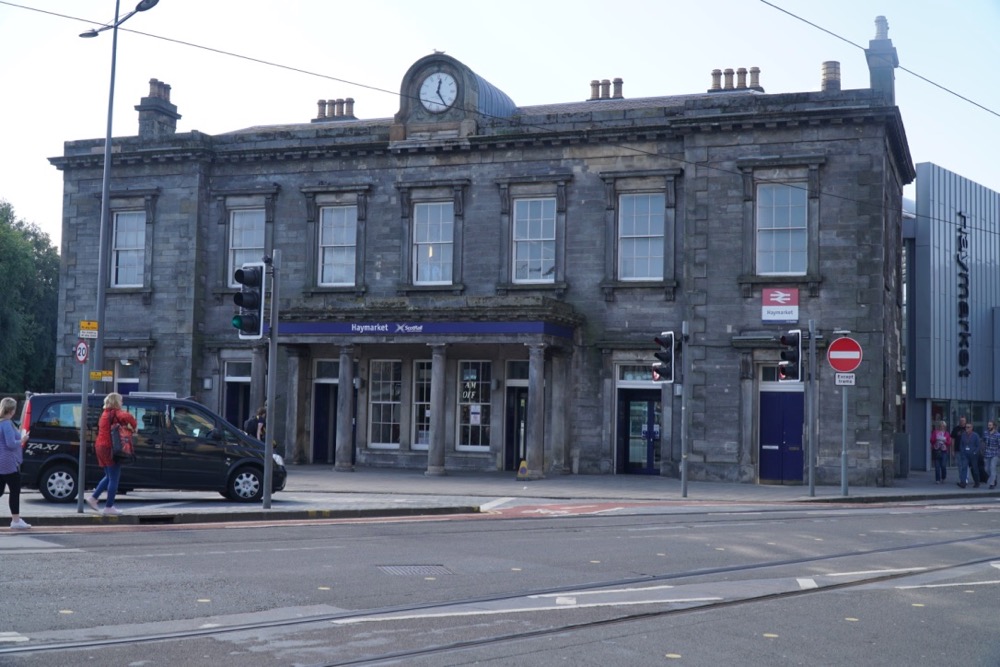 Network Rail engineers have been hard at work this Christmas to renew a key junction near Edinburgh Haymarket station.

From Christmas Day to December 29, Haymarket East junction is to undergo a major upgrade renewing four sets of points and replacing over 250m of track.

Haymarket junction is one of the busiest on Scotland’s Railway and is used by up to 30 trains an hour.

Network Rail day that the upgrade will help to improve the reliability of the track and shoukd mean the junction won’t need to be renewed again for decades.

It will take several days to complete the work which has been timed to coincide with the Christmas and Boxing day holidays, when no ScotRail trains run into Edinburgh.

After that if you get off the train at Edinburgh Gateway or Edinburgh Park then the tram would be the best option to get you into the city centre.

On Friday, December 27, and Saturday, December 28, trains will be unable to pass through Haymarket and a replacement bus service will be in operation into Edinburgh Waverley from stations to the west of the city.

ScotRail are advising customers planning to travel to the Edinburgh area on these dates to consider making alternative arrangements, particularly on Saturday, 28 December 2019.

Liam Sumpter, Network Rail Scotland Route Director, said: “Haymarket East junction is a key part of Scotland’s Railway which is used by hundreds of trains a day travelling to destinations across Scotland and England.

“We understand the inconvenience this work will cause to some passengers, but renewing such a complex piece of our railway cannot be accomplished without a short-term closure of the line.

“Our engineers have carefully planned this project to be completed as quickly as possible and we are working hard alongside our train operators to keep passengers informed of the changes to services during this important investment in the railway.”

A breakdown of how journeys will be affected over the Christmas period can be found by visiting www.nationalrail.co.ukor https://www.scotrail.co.uk/christmas