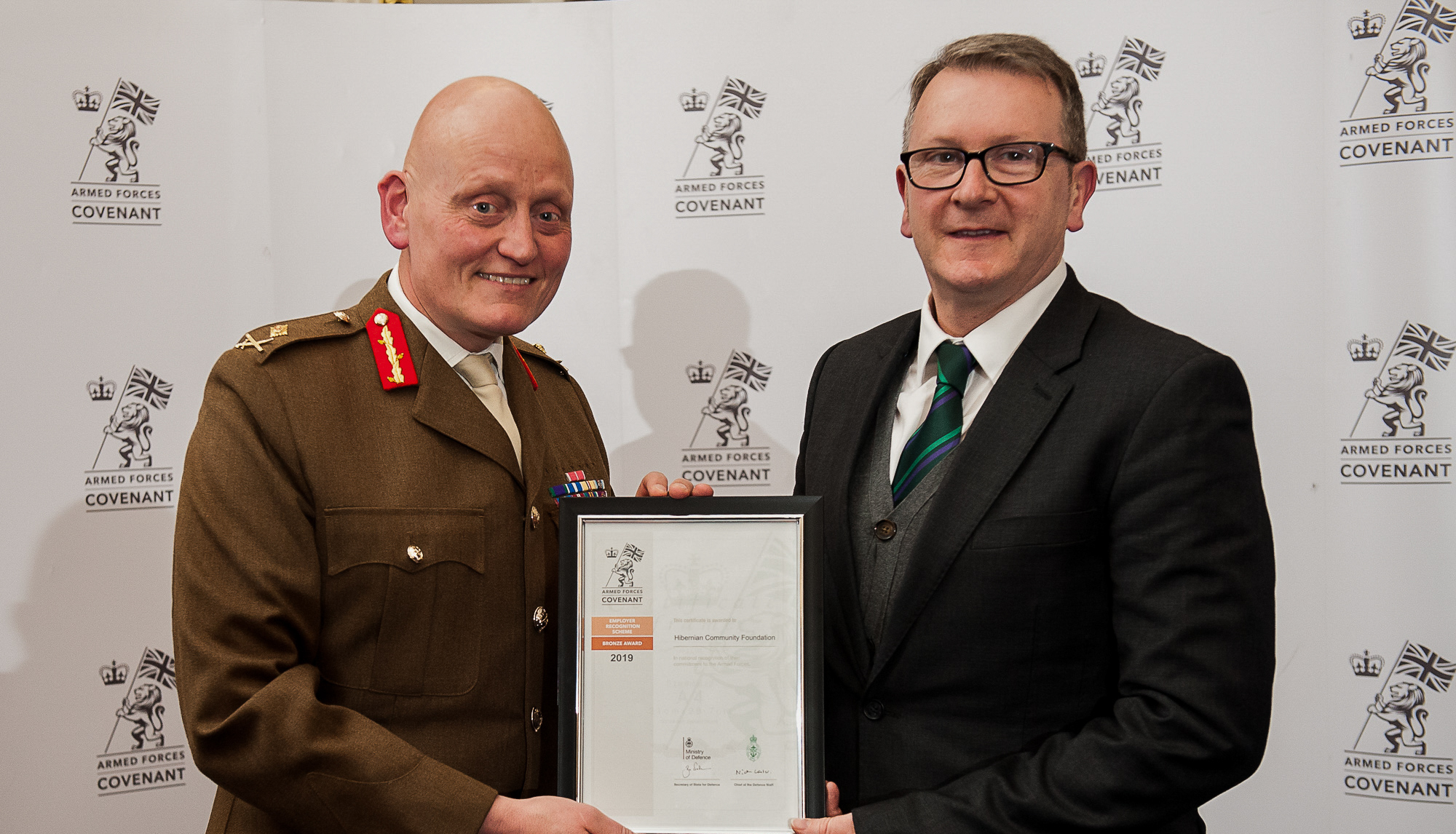 Top individuals from Edinburgh’s Armed Forces Reserves and Cadets units have been recognised for their sacrifice and acts of gallantry.

At a ceremony in the City Chambers this week (Monday 10 December), nine reservists and two cadets were presented with framed Certificates of Meritorious Service on behalf of the Lord Lieutenant of Edinburgh.

A Long Service and Good Conduct Medal was presented to Sergeant Prentice of the 6th Battalion, Royal Regiment of Scotland [pictured] who has been a regular reserve with the military for 15 years. He was joined by five employers who were celebrated for their commitment to the aims of the Armed Forces Covenant, including the Hibernian Community Foundation which was recognised with an Employer Award.

Congratulating the winners, Lord Lieutenant Frank Ross said: “Edinburgh is so proud of its armed forces community and boasts more than 800 reservists and 700 cadets. These certificates are the city’s way of celebrating the exceptional contribution these individuals make every single day.

“Be it for the Navy, Marines, Army or Air Force, every single award-winner has made a real difference to their units and their communities or has made an impression in service.

“None of it would be possible, however, without the enduring co-operation of employers who support and encourage their reservists and cadets to commit when duty calls. As a Council, we were recently presented with an award from the Ministry of Defence for the support we provide colleagues who are veterans or in the voluntary forces.

“I’m very grateful to the many other organisations which are showing the same understanding and call on others to follow suit if they can.”

Captain Andrew Cowan, a Royal Naval Reservist and Chairman of Lowland Reserve Forces’ and Cadets’ Association (RFCA), the organisation which promotes and supports Armed Forces Reserves and Cadets and creates partnerships between employers and Defence, said: “The Lord Lieutenant’s Awards are an important way of celebrating the positive contribution the city’s Armed Forces community continues to make to the Defence of the nation, their communities and neighbourhoods.

“The Cadets and Reservists honoured tonight exemplify the benefits service in the Reserves, Cadet Organisations and Armed Forces can bring. Equipping individuals with skills and experience that are useful life-skills and attractive to employers.

“It’s also an opportunity for us to recognise the commitment of employers who have signed the Armed Forces Covenant, including employers such as Hibernian Community Foundation which received a Ministry of Defence Bronze Award for its backing for the Armed Forces community.

“We must also thank family members and friends for all the support that they give to those Reservists and the wider Reserves community to enable them to do all they do in support of Defence.

“We would like to pass on our thanks to the City of Edinburgh Council and the Lord Provost for hosting the Lord Lieutenant’s Awards. And we thank them for the support that Edinburgh gives to its citizens who serve in the Reserves and Cadet organisations and the advice and support the city gives to service Veterans.”

Cadet Warrant Officer Grace Dobson said: “It is absolutely amazing to receive this award. The venue is incredible and I really wanted to be a Lord Lieutenant’s Cadet for the past three years so to finally become one is a real honour.

“I have been given so many opportunities and met many amazing people through the Cadets. I have many friends all over the country so it has been a really wonderful experience.

“I was always interested in flying and my main reason was having the experience of flying in a small aircraft. But as I progressed through the Cadets it became more about gaining leadership skills and being around my friends.

“The Cadets has something for everyone, whether it’s adventure training, music or flying. I thought the reason I wanted to join was just flying but actually there has been so much more I have discovered in the Cadets and I have been able to achieve so much.”