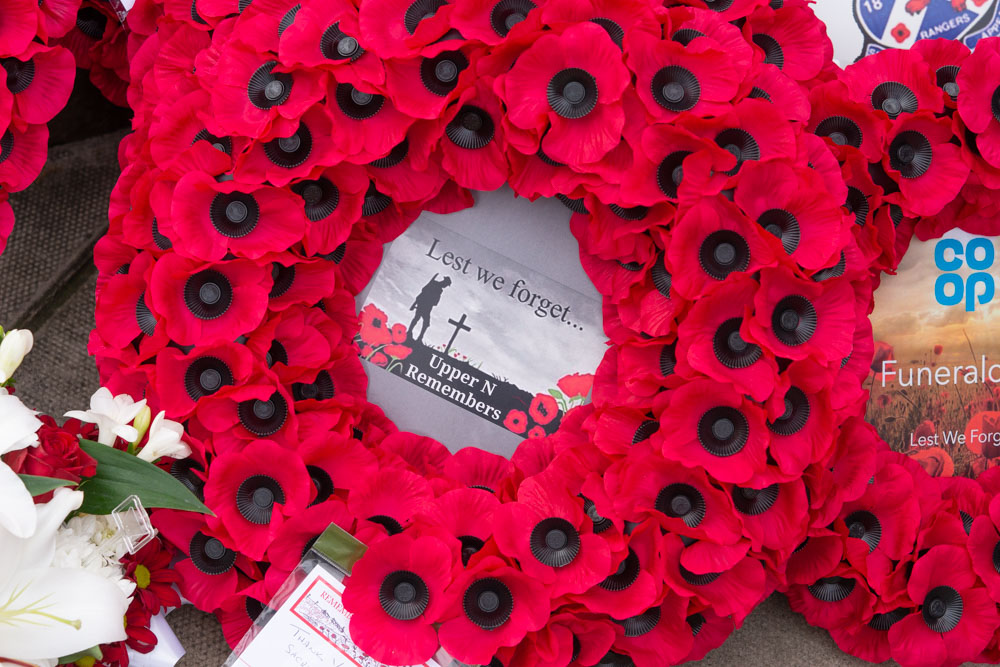 The service at the Heart of Midlothian War Memorial was conducted by club chaplain Andy Prime. It was attended by the first team and the reserve team, coaching staff and members of the board.

The area around the memorial was cordoned off and traffic diverted. Edinburgh Trams continued to run but were silent this year. Loudspeakers relayed the service to those watching on. You will be able to watch the service later on Hearts TV.

The service included two hymns Abide with Me and The Lord’s My Shepherd. A bugler from the Salvation Army played the Last Post and the reveille before and after the minute’s silence.

Bailie Norman Work laid the wreath on behalf of the City of Edinburgh Council. He was accompanied by Cllrs Donald Wilson, Dennis Dixon and Ashley Graczyk. Other politicians who attended included local MP Joanna Cherry QC. Today in recognition of Remembrance Sunday there will be no election campaigning.

The club captain Christophe Berra played his part by delivering a reading, and a piper from Tynecastle Youth Community Pipe Band played while the many wreaths were laid.

The service concluded around 11.20 with the National Anthem.

A few hundred people attended on a bitterly cold morning to remember those who died during all wars, but particularly those who died as part of McCrae’s Battalion which is so interlinked with Hearts FC.

The Edinburgh Reporter spoke with Les Deans, the former Hearts chairman, after the service. Mr Deans recounted the story of the cairn at Contalmaison, reminding us of that little village in France where three of the Hearts players died in the First World War. There is now a cairn in Contalmaison in memory of the sporting battalion, an Edinburgh unit led by Lieutenant-Colonel Sir George McCrae. Read more about that on the McCrae’s Battalion Trust website.