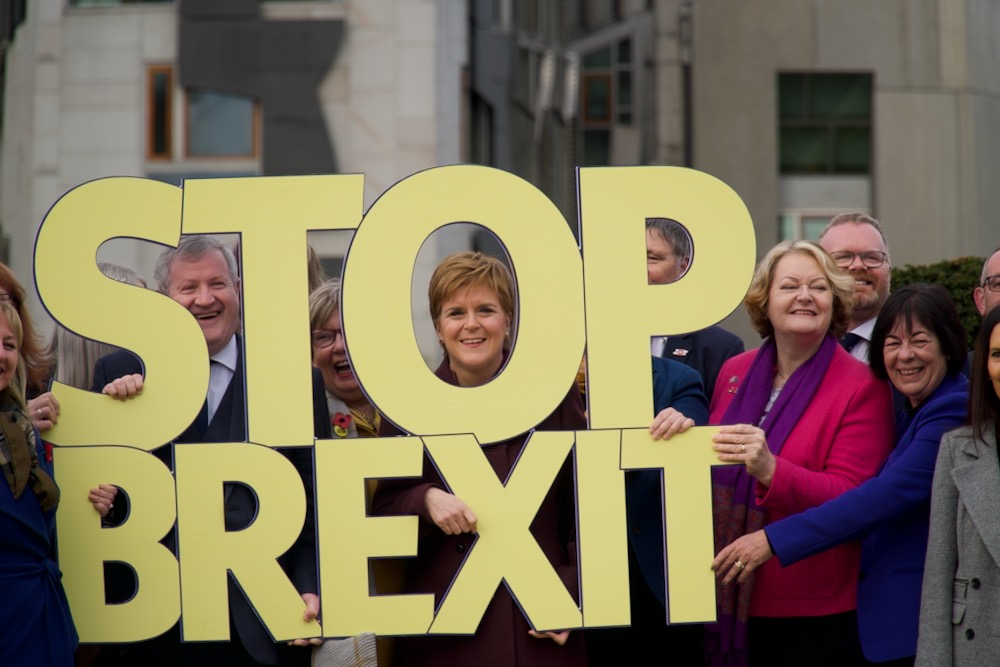 Nicola Sturgeon launched the SNP’s 2019 General Election manifesto this morning at an event in Glasgow.

The SNP Leader warned that “Scotland’s future is on the line” in the most important vote for many years, a refrain that we have heard from almost all the candidates we have spoken to from whatever party.

She warned that “Brexit will dominate Westminster politics for years and years to come” – and called on voters to get behind the SNP to demand their right to choose a better future to escape from the Brexit mess. She said that both Jeremy Corbyn and Boris Johnson are threatening to drag Scotland out of the EU against its will.

Ms Sturgeon also pledged that a strong block of SNP MPs in the House of Commons would use its influence to secure additional investment for Scotland’s public services and introduce more progressive policies across the UK.

Key SNP policies include a 3-part funding proposal for Scotland, which would demand

Launching the manifesto, Nicola Sturgeon said in her speech :

“This election really matters – the future of Scotland is on the line. The opportunities for this and future generations are at stake. The kind of country we want to be is on the ballot paper.

“At the heart of it all, I ask people in Scotland to consider this simple but fundamental question before you cast your vote: Who should decide Scotland’s future – the people who live here or Boris Johnson?

“In this election, the SNP is the challenger to the Tories in every single seat they hold. The reality is this: in Scotland only a vote for the SNP can defeat the Tories. By voting SNP we can lock the Tories out of office – but we can do that only by voting SNP.”

On the question of Scotland’s future, Ms Sturgeon continued:

“People in Scotland have the right to consider an alternative future. One in which Scotland’s future is in Scotland’s hands – not Boris Johnson’s. A future with Scotland as an equal partner with our closest friends in the rest of the UK and with the EU.

“In an independent Scotland we will always get the governments we vote for. The NHS will always be protected from a Tory-Trump trade deal. Decisions about taxation and social security will be made by the Scottish Parliament. We will have a migration policy tailored to Scotland’s needs.

“Scotland is a country of extraordinary talent and resources. We can be confident that a better future for Scotland is possible.

“We don’t have to put up with Brexit and the Westminster mess. We have the power at this election to change all that.

“Let’s stand up for our right to choose a better future.

“At this election I am asking you to vote SNP to escape Brexit, to lock Boris Johnson’s Tories out of office and to take power into the hands of the people of Scotland.”

You can read the SNP manifesto here :