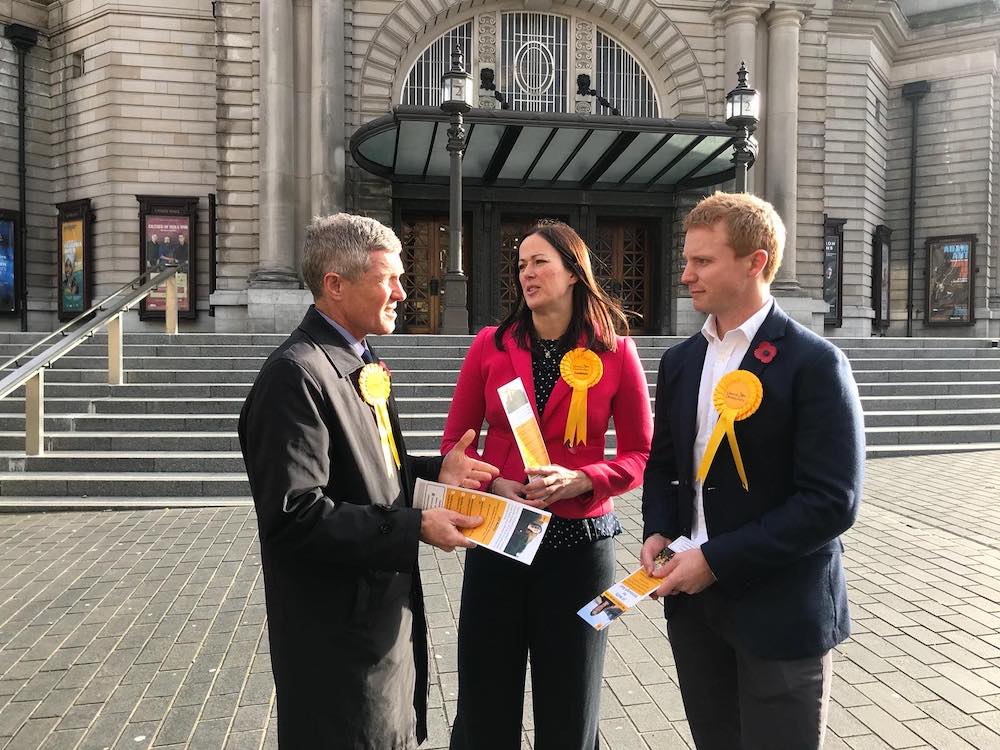 Scottish Liberal Democrat Leader Willie Rennie had much the same message on the campaign trail today as he did yesterday. Stop Brexit and invest in public services.

Today it is mental health services which are the focus of attention. He wants to get more investment in mental health for schools, GPs, A&E departments and police stations. The health and education spheres are devolved matters to The Scottish Government. But the Liberal Democrats are highlighting that by stopping Brexit they could free up some cash in Scotland’s block grant and this would be invested in services.

“Brexit is a waste of time and money. That’s why Liberal Democrats are clear that we will stop Brexit and invest in hard-hit services and tackling inequality.

“Our plan for the future includes a transformation for mental health services. We want mental health treated as seriously as physical health.

“Scottish Liberal Democrats have led the campaign for better mental health services in Scotland. At the moment children wait up to 2 years for the treatment they desperately need and services are hundreds of staff short. The SNP were 15 months late with their flagship strategy, delaying critical decisions and investment.

“We want to see new mental health staff in all schools, GPs, A&E and police stations. We persuaded the SNP to make this investment, but their current level of commitment doesn’t come close to ending this crisis.

“The Liberal Democrat plan for the future, and our manifesto, would see a huge injection of funding into Scottish public services.

“It can only be achieved by voting Liberal Democrat to keep Scotland in the UK and the UK in the EU. We will stop Brexit, stop independence and get on with building a brighter future.”

The Liberal Democrats will explain the bonus in their manifesto. It will set out how the Remain Bonus, announced by Jo Swinson yesterday, will be available across the UK, with more money being paid to the Scottish Government through Barnett consequentials, which can be invested in Scotland’s public services and on tackling inequality.