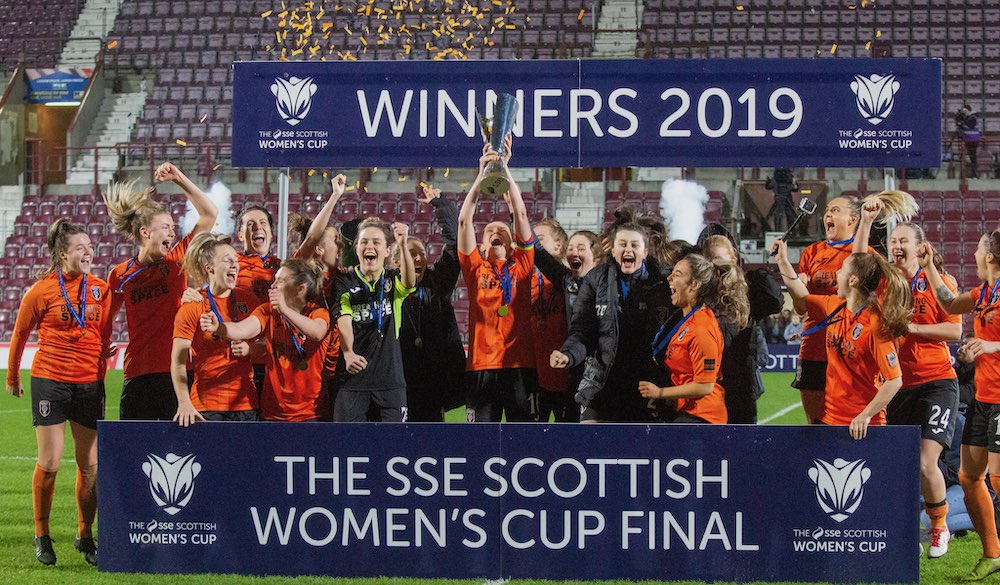 Hibs scored an impressive 19 goals on the way to the final, conceding only twice and overcoming Stirling University, Heart of Midlothian, Hamilton and last year’s finalists, Motherwell.

The game was a tremendous advert for women’s football in Scotland and a record crowd of 3,123 including Hibs’ fan Judy Murray witnessed the seven goal thriller.

The supporters were housed in Hearts’ new Main Stand and they were rewarded with high degrees of skill and commitment from both sets of players who all received a deserved standing ovation from everyone present.

Amy Gallacher gave Hibs the lead in the 31st minute but goals from Eilish McSorley and Leanne Chrichton swung the game in favour of Scott Booth’s side.

Jamie-Lee Napier equalised before Gallacher gave Hibs a deserved 3-2 lead but the current champions fought back and secured the victory thanks to a late double from Clare Shine.

After the final whistle, SWPL Player of the Month Napier said: “We just have to keep our heads up and build towards next season. We have to work on things that we didn’t do well, like losing the last-minute goal. We’ll rest up and get ready to go again next season.”