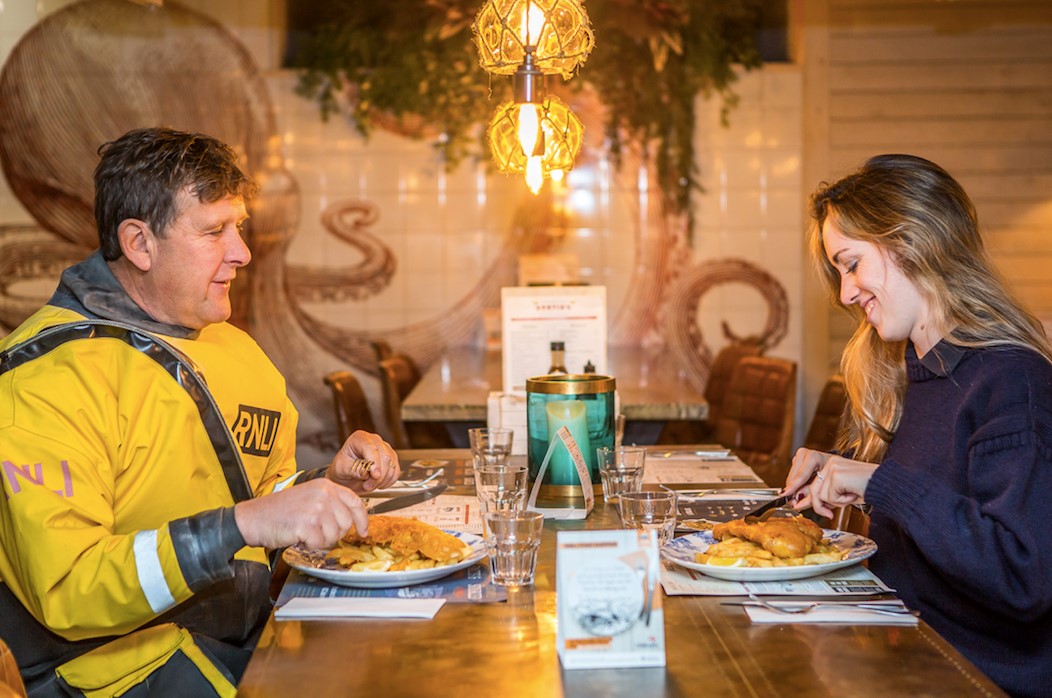 One of Scotland’s biggest fish and chip restaurants is this month helping raise cash for the Royal National Lifeboat Institution (RNLI).

Bertie’s Restaurant and Bar in Edinburgh is taking part in the RNLI’s Fish Supper campaign and from October 11 to 27 and customers are being encouraged to donate at least 50p.

The RNLI is a 24/7 emergency service that relies on the generosity of the public to fund its lifesaving services.

Crews deal with an average of 26 people a day across the UK and Ireland and last year lifeboats launched 8,964 times and volunteer crew rescued 9,412 people.

Leandro Crolla, general manager at the Victoria Street restaurant, said: “We’re appealing to our loyal customers, businesses, partner organisations and anyone who enjoys a good fish supper, to raise as much as we can for a great organisation.”

Arabella Kuszynska-Shields, crew member of Queensferry Lifeboat said; “Without the funds raised by activities like those Bertie’s and our supporters run for Fish Supper, we can’t afford the safety equipment we need as a crew to help keep people safe at sea.”

If you want to host your own Fish Supper visit RNLI.org/fishsupperto download your free party pack, including a fun fishy quiz and party materials.

PICTURE: Crew members from the RNLI Queensferry tuck into Bertie’s Fish and Chips