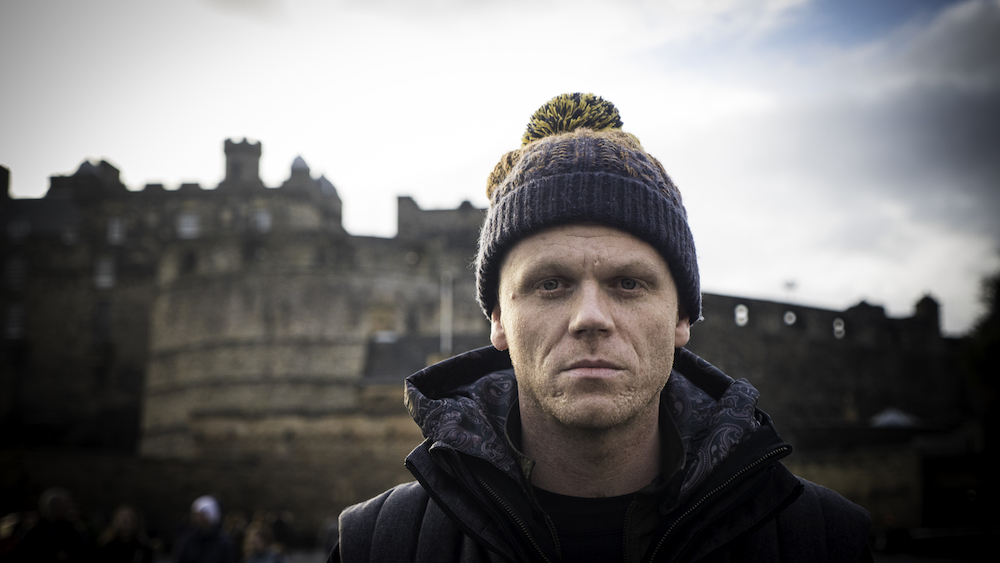 Activist and prize-winning author Darren McGarvey takes a tour of a Scotland he knows only too well in a new six-part series. Known to many as the rapper Loki, his book Poverty Safari – chronicling his childhood and teen years in Pollok in Glasgow and the issues he saw around him – won the Orwell prize in 2018.

For this series, rather than a keyboard, he takes TV cameras across Scotland to highlight issues and confront what he sees as the rampant rise of poverty and inequality.

As he says directly to viewers in the opening titles of the series: “I want to immerse you in the world I grew up in…A world defined by poverty!

“By the age of 18, I was just another statistic…Another angry, confused young man with alcohol and drug problems.”

Over the course of the six episodes, it is a very personal take on the ground level reality of poverty in Scotland and how the effects play out and impact on so many lives in a desperate range of ways.

In this the second episode of Darren McGarvey’s Scotland, the focus is on Edinburgh and the city’s own Jekyll and Hyde existence, a picture of prosperity on one hand but beneath that surface view there is a completely different picture.

Darren said : “Edinburgh’s known as an affluent city – average household incomes are 9% above Scotland’s average, but there is a stark gap between the richest and poorest…

“One in five children live in poverty in this city…How does growing up in poverty affect that fifth of the city’s kids? How does it impact what they aspire to do with their lives, and how possible is it for them to achieve their goals? These are tricky questions to unravel. There’s actually a quote from Jekyll and Hyde which is quite fitting…

“There’s good evidence to suggest that those who suffer poverty in childhood are likelier to grow up to be ‘sinners’ in their adult lives. So is poverty the factory floor when it comes to criminality, and if so does where you grow up define you forever?”

As he examines the link between poverty and crime, he meets a young mum up against it with an ill baby in temporary accommodation and sees the end result of deprivation as he visits HMP Edinburgh for a rap workshop with six long term prisoners…

Darren contemplates a cycle, which often finds young people being caught up in minor offences and being labelled by the system as juvenile delinquents potentially enmeshed in a criminal justice system which may actually lead to young offenders going onto commit more serious crime.

In Pilton he visits a local community project, tackling the issue of night-time gang violence and car theft by bussing youngsters out of the area after dark to the coast, to get away from the streets and the lure of criminality.

Darren McGarvey’s Scotland will be on the BBC Scotland channel at 10.00pm on Tuesday 10 September 2019.