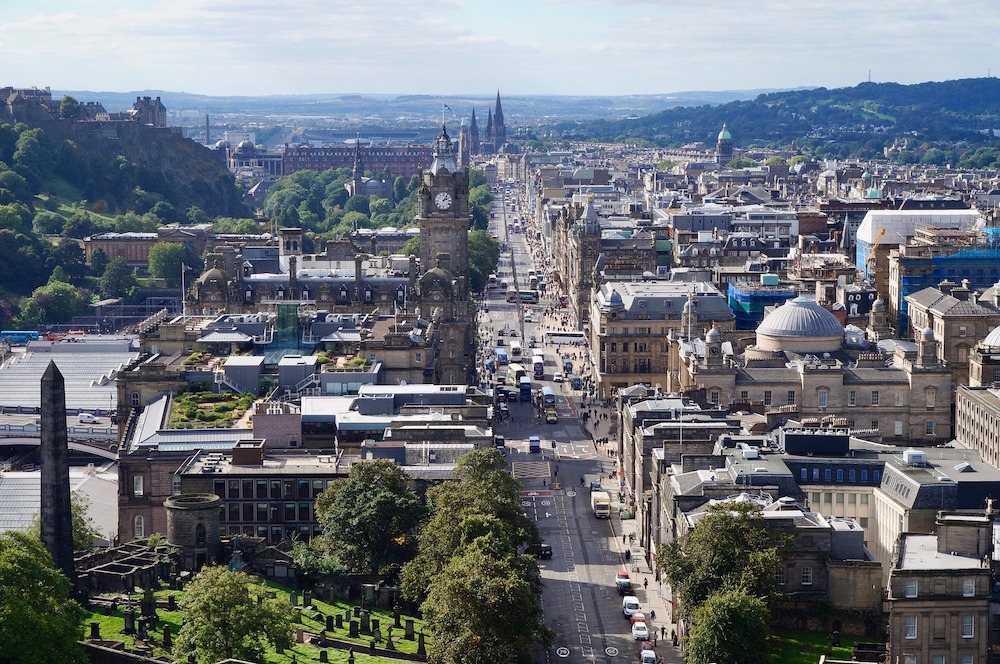 Cars could be banned from driving along any part of Princes Street amid proposals to transform the famous street into a public space to tackle its “chaotic and uncomfortable environment”.

Vehicles are currently able to turn left from North Bridge onto the east end of Princes Street – but plans in the final strategy for the council’s £314m city centre transformation project would prevent cars from moving along the road in an initial trial – which it is thought could pave the way for a permanent halt to general traffic.

Waverley Bridge is also set to be closed to all traffic and transformed into a plaza, while bus stops on Princes Street will be “rationalised” in a bid to speed up journey times.

In a report to councillors, officials recommend that “at the east end of Princes Street, there is no left turn to general traffic from North Bridge”. Council officers say this could improve the space outside Waverley Station and Waverley Mall – which could “reflect the setting of surrounding buildings including General Register House”. They add that “access for taxi drop-off to the station and loading for The Balmoral hotel would be retained”.

City centre transformation project director, Daisy Narayanan, said: “We would like to do it as a trial to see what the implications would be to other traffic, the junction with St Andrew Square and how it could potentially fit into our east to west cycling route.
“Ultimately we want to make sure the city keeps moving. Princes Street outside of Waverely and The Balmoral is not very pleasant at all – particularly for people with a disability or mobility issue. It’s about trying to solve a current problem in a way that doesn’t impact on people. We need to understand what the impacts would be first.”

Transport and Environment Convener, Cllr Lesley Macinnes added: “Currently Princes Street looks like a bus park. It doesn’t help us as a city so we have to find a way to make that work much better.”

Under the strategy which was agreed by councillors last week, Bank Street at the top of The Mound will be closed to traffic, but remain open for buses and taxis. Traffic will instead need to travel along St Giles Street before being filtered back onto George IV Bridge from the Royal Mile.
Council bosses are also proposing to stop Market Street being available as a rat run across the city centre, by closing it as a through-route – again as an initial trial. Access to Waverley Station would be maintained.
The strategy document points out the need for improvements for pedestrians on Princes Street and North Bridge.

It says: “There are specific challenges at the east end of Princes Street and on North Bridge. Around Waverley Steps and The Balmoral hotel, the mix of pedestrians from the station, together with bus stop locations and limited footway space, combine to create an often chaotic and uncomfortable environment.”
Conservative city centre Cllr Joanna Mowat, said: “We asked for more details to be included and we were told that this was too early – but within this, we seem to have this very detailed proposals.
“They have not showed their working and ultimately we don’t know what it’s going to look like or what impact it will have. None of this works without this reduction in traffic – but the reduction in traffic is not tackled in this strategy, other than shutting off some roads.”