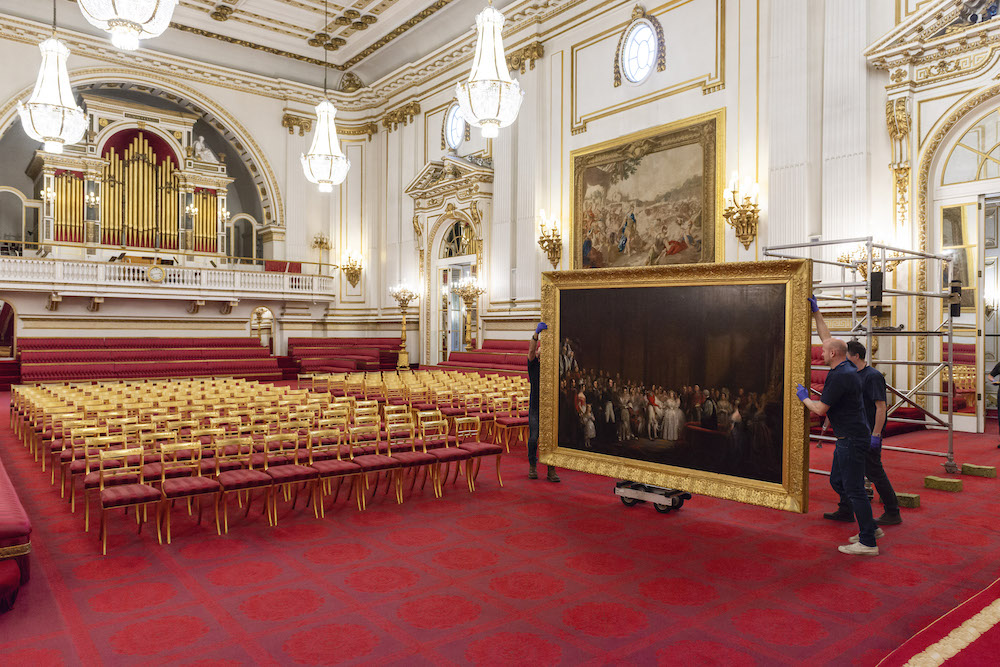 If you happen to be in London this summer then while Her Majesty is up at Balmoral you can wander through the corridors of her London home. Buckingham Palace has opened the 19 State Rooms to the public until 29 September with the exhibition Queen Victoria’s Palace. The exhibition celebrates the 200th anniversary of her birth.

The State Rooms are used by the Royal Family to entertain guests on official occasions. It is the Picture Gallery where those awaiting an investiture wait before being led into the Ballroom to meet Her Majesty.

With a timed admission system you can take your time accompanied by your multimedia guide which narrates the story of each room and picks out paintings and important furniture for you to linger over.

It was Victoria who created the palace into the royal home we see on so many royal occasions today. She added the balcony at the front of the palace and at the end of your visit you will visit the gardens where the London garden parties are held amid the three acre lake and rose garden.

This was a palace where dancing and music took centre stage during the earlier part of Queen Victoria’s reign. She was the first monarch to use it as an official royal residence and processed from the palace to her coronation at Westminster Abbey on 28 June 1838. This was followed by her wedding to Prince Albert in 1840. Both she and her Prince were musical and played the piano. During your visit you will be able to see her gold Érard piano.

The Queen and her Consort commissioned a 33.5 metre long ballroom where they held several balls using the largest room in the palace and the Ball Supper Room which architect James Pennethorne designed in a new annexe. There is both a musicians’ gallery and an organ, and the chandeliers here are breathtaking.

You will process through these rooms as part of your visit. Be sure to look up as the ceilings are astounding, but then everything in these rooms is designed to impress. You will walk up the Grand Staircase and through the State Dining Room where the table is set with Minton china in the Victoria pattern.

The Ball of 1856, recorded in a watercolour by Louis Haghe, has been recreated for visitors using a Victorian illusion technique known as Pepper’s Ghost and a series of digital projections around the Ballroom.  Four couples appear performing the opening waltz to Italian composer Giuseppe Verdi’s La Traviata, while the original Italian Renaissance-inspired decoration of silk hangings and Raphael-inspired cartoons, devised by Prince Albert’s artistic advisor, Ludwig Grüner, is recreated on the walls of the room.  In the adjoining Ball Supper Room, projections have returned the original ceiling decoration of exotic birds and gold stars against a rich blue background, allowing visitors to imagine both spaces as Victoria and Albert would have known them

You can still get a variety of tickets from a straightforward admission to the State Rooms or combine that with a guided tour round the gardens. (All of that will take around three and a half hours). You just have to visit the café which has been set up on the terrace at the back of the palace. It is very regal and offers a range of sandwiches and cakes which are similar to those served at Royal garden parties.

If you would like to avoid the crowds you can organise an evening visit at £85 per person. But do remember whichever ticket you get to have your ticket converted to a one-year pass which allows you free readmission for a year. The State Rooms are also open on selected dates between December and May.