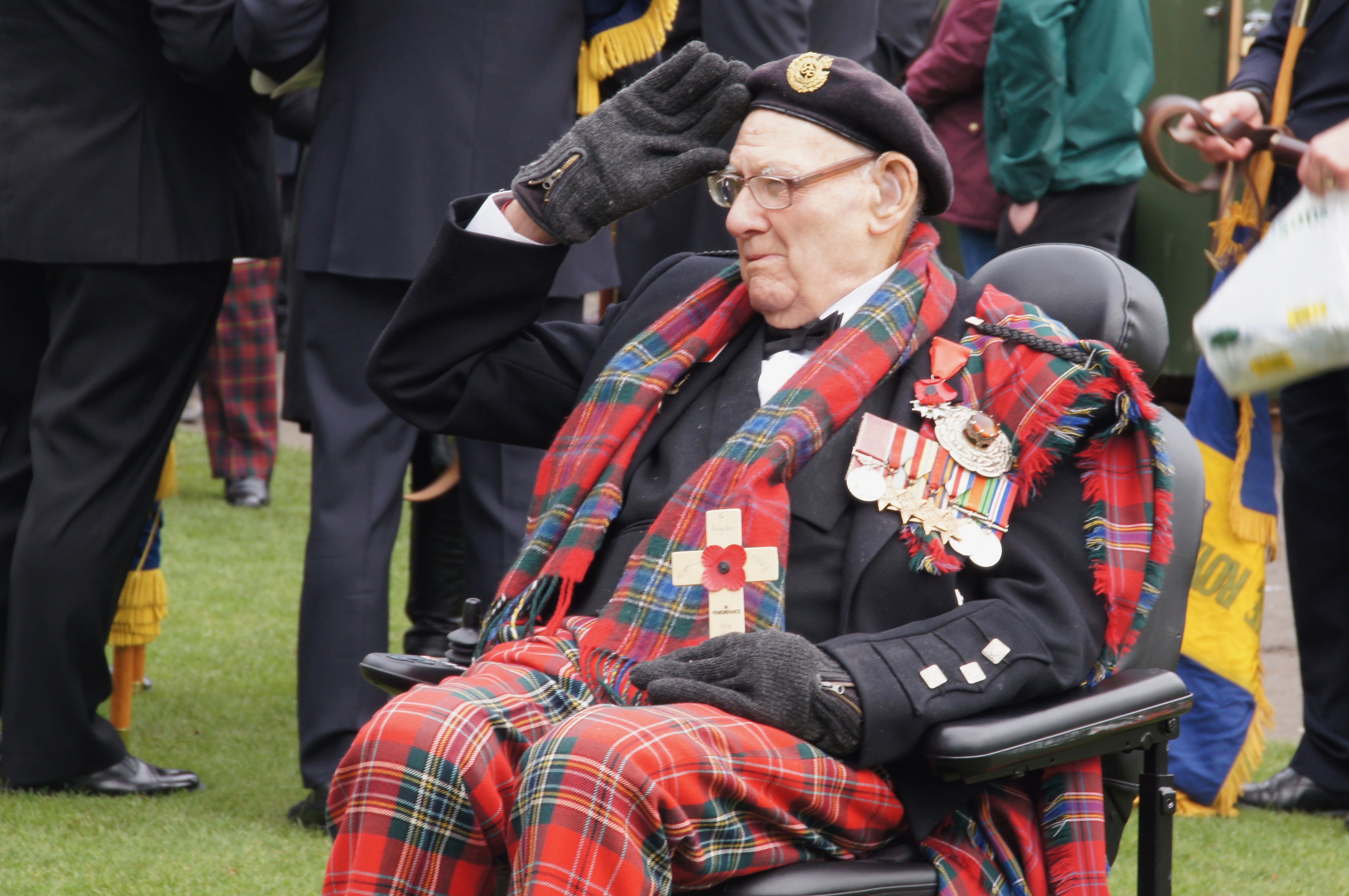 Charity collector Tom Gilzean MBE was taken to hospital earlier today after a fall from his mobility scooter on York Place.

The 99 year-old who is out in his scooter all year long raising funds for the Edinburgh Children’s Hospital Charity is understood to have fallen from it while crossing the road and the tram tracks.

A spokeswoman for Edinburgh Trams said: “We can confirm that at 10.00am this morning there was a non-tram related incident at York Place Tram Stop where a member of the public fell from their electric wheelchair onto the tracks.

“The emergency services were contacted by our Control Room and attended shortly after.  At 10.30am the ambulance left the scene and trams recommenced full route running.  We are unable to comment on the condition of the member of public.”

The Lord Provost Frank Ross is Edinburgh’s Veterans Champion. He said: “We are all wishing Tam well and hoping he has a speedy recovery. I hope to see him back out there soon in his trademark tartan, shaking his tin for charity.”