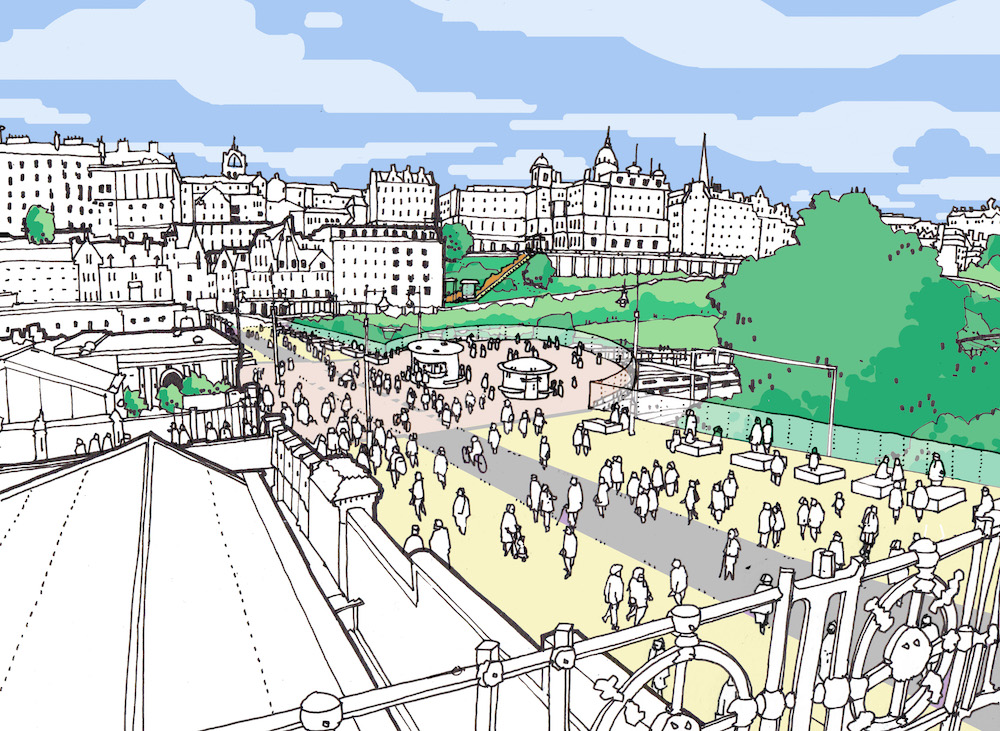 More than 8,000 responses have been shared on the major changes that the council proposes for Edinburgh.

Their plans for Edinburgh City Centre Transformation, Meadows to George Street and Low Emission Zones were the subject of consultations during May, June and July after widespread publicity.

A range of changes proposed under each of the projects have been outlined as ways of helping the city cope with an increasing population and evolving lifestyle choices. Measures aim to enhance quality of life and provide sustainable, active and accessible transport options.

Councillor Lesley Macinnes, Transport and Environment Convener, said: “This is a tremendous response to three extremely important consultations, each of which focus on game-changing proposals for the future of the capital. My thanks to those who took part, helping us to progress a range of measures aiming to create a healthy, sustainable and liveable city fit for generations to come.

“Each of these projects will benefit from the input of the very people who use the city every day, and I’m looking forward to reviewing the resulting final proposals.”

Feedback was sought on Edinburgh City Centre Transformation plans to improve public spaces in the centre and to prioritise movement on foot, by bike and on public transport. The updated proposals, which will include a costed 10-year delivery plan, will be put before committee on 12 September.

The Meadows to George Street consultation called for people’s views on plans to transform the transport corridor, improving key streets to significantly enhance the quality of walking, cycling and public spaces. A detailed consultation report will be released in early autumn.

The Council also consulted on plans to become the second city in Scotland to introduce a Low Emission Zone – and the first in the UK to propose a citywide boundary – improving air quality for people across the city by tackling pollution from vehicles. Feedback on the proposed boundaries, grace periods and vehicle types is now being analysed and will be reported to committee in October before a final proposal is submitted at the end of the year.

Project leaders will now assess consultation responses to make sure feedback is reflected in and influences the various final proposals, each of which will be put before the Transport and Environment Committee before the end of the year.