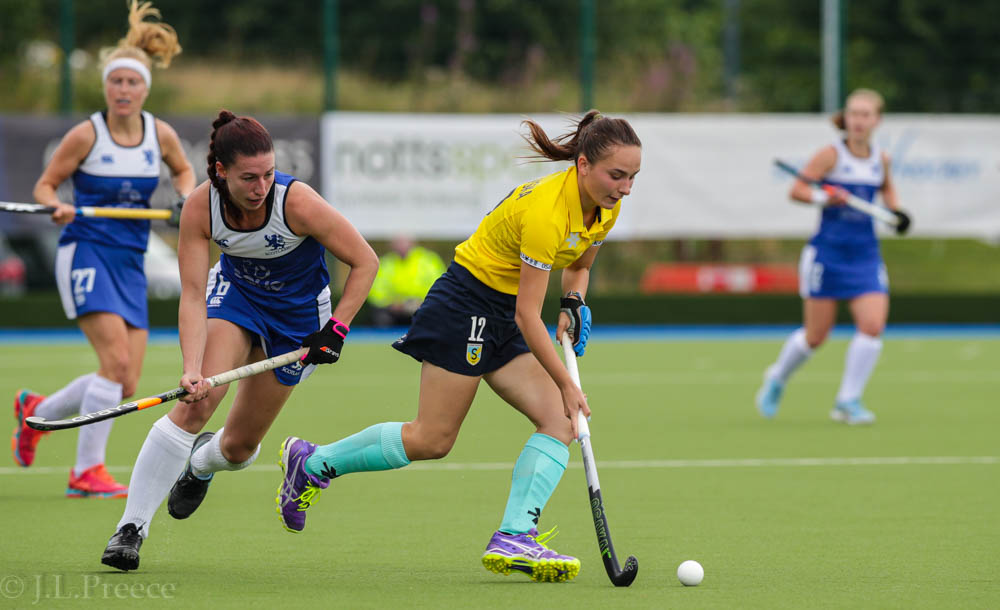 Jen Wilson targeted promotion back to the elite of European hockey when she announced her 18-strong squad for the EuroHockey Championship II.

And the South African-born coach is on the verge of achieving that goal as Scotland square-up to Poland in front of a highly-partisan crowd at Glasgow’s National Hockey Centre on Friday (5pm).

The form book indicates a win for the Tartan Hearts who have breezed through Pool B with an unblemished three-game winning run.

They opened by thrashing Ukraine 7-0, then edged the Czech Republic 3-2 and on Wednesday shut-out Austria 3-0.

Wilson admitted pre-tournament that she had tough selection decisions to make as the squad had made superb progress.

The selection headaches were are testament the hard work this, what she called, “incredible group of players” had put in.

So far they have delivered with 13 goals for and only two against with captain Kaz Cuthbert (Western Wildcats) one of four joint top scorers in the tournament with three goals, two from penalty corners.

Watsonians forward Lucy Lanigan is also up there with two goals and winning their pool should mean an easier path to the final with Poland having finished second in Pool A with five points from their three outings. They won one game and drew two scoring eight goals and conceding two.

However, this is tournament hockey and pressure could play a part as Scotland bid to deliver and take a step further on the road to the promised land.

Victory ensures promotion back to the Championship elite and Wilson added: “We are all looking forward to playing in front of our home crowd and can’t wait to have that full support behind us.

“The players have shown great progression and have proved their excellent qualities at this tournament. We’ll look to continue our good performances.”