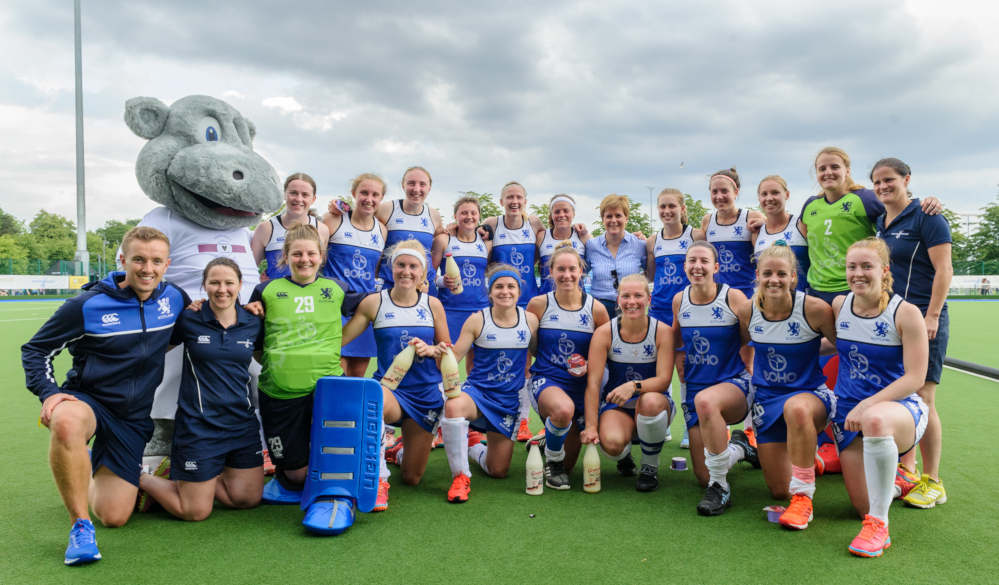 The Rutherglen-born player was congratulated by First Minister Nicola Sturgeon after the game watched by a near-capacity crowd at Glasgow’s National Hockey Centre.

And the 25-year-old, who is a PE teacher at The Mary Erskine School, was joined on the scoresheet by Emily Dark, Fiona Burnett, Charlotte Watson and skipper Kaz Cuthbert who also claimed a glory double in the rout.

The result gave the home side an excellent start to the tournament but they now play the highly-fancied Czech Republic on Tuesday in what could be a deciding game in the qualifiers .

Earlier, Charlotte Watson opened the scoring after good build up down the right. The ball was cut back by Cuthbert and finished off by Watson for after only three minutes.

Lanigan then slid the ball low past the goalkeeper for 2-0 four minutes later and it was 3-0 after 20 minutes when Cuthbert smashed a rebound from a penalty corner low against the backboard.

Goalkeeper Amy Gibson was called upon to save at her top right corner to keep the Ukrainians out, but any hint of a comeback was snuffed out when Emily Dark fired home for 5-0 after 44 minutes.

Lanigan then bagged her double after good work from Edinburgh-born Sarah Jamieson, who had earlier hit the post, after 47 minutes to make it 6-0.]

And Cuthbert raised her arms in delight when she completed the scoring by popping up at the far post to prod the ball home and make it 7-0 in the dying minutes.