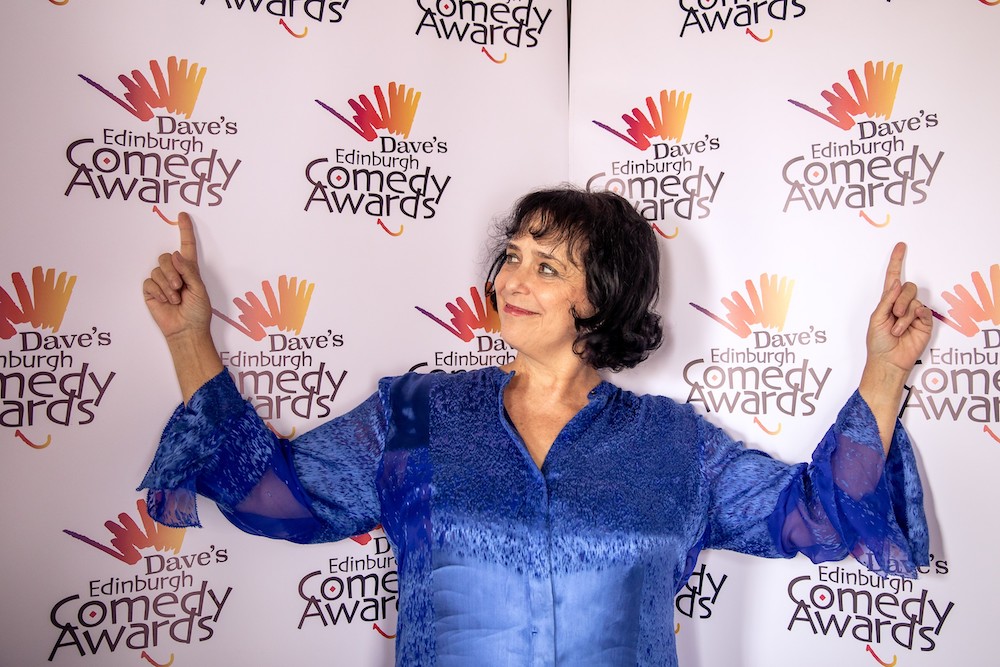 At the annual comedy industry lunch today, Nica Burns OBE, Director of Dave’s Edinburgh Comedy Awards, threw down the gauntlet to Shona McCarthy, Chief Executive of Edinburgh Festival Fringe Society to hold a summit in the autumn to address the future press strategy for the Fringe. Ms McCarthy accepted that challenge and The Edinburgh Reporter looks forward to being a part of that important conversation.

This is far from the first time that Ms Burns has highlighted the need for professional critics at Edinburgh’s festivals, but it has possibly come into sharper focus in light of the recent cost-cutting move by the Evening Standard to get rid of their theatre critics.

Burns highlighted the crisis in newspapers, giving particular mention to The Scotsman newspaper which is up for sale along with other JPIMedia titles. She appealed to the new owners to make a commitment to the Festival and asked them to make the review supplement central to their business plan.

She implored them (whoever they will turn out to be) : “Please save this wonderful newspaper, expand it online and take it forward. To everyone who cares about this festival, please buy the Scotsman as an additional newspaper – £1.70 and there’s a really good deal online. Show the new owners that we value it.

“We can’t come back in 2020 without having done everything we possibly can to ensure the long-term critical coverage of the Fringe. What happened at the Scotsman was more than just a warning. The time for moaning is over. We need to take action.

“I’m calling for a summit to address the future press strategy for the Fringe. If sponsorship is the answer, if money is to be found, we must find it. I’m in.”

When the announcement was made just recently about the proposed sale of The Scotsman and the i newspaper, perhaps by Reach plc (formerly Trinity Mirror) the NUJ called the move “alarming” and warned of the potential impact on journalists and media plurality.

Notwithstanding earlier claims to the contrary, the CEO of JPI Media which includes The Scotsman and The Edinburgh Evening News confirmed to journalists in the middle of June that the titles were up for sale.

An NUJ spokesperson said: “If parts of JPI Media are sold to Reach there will be an adverse impact on the market and those employed within it. A takeover of this kind would limit the scope for future jobs in the entire sector.

“Any deal that includes JPI Media’s flagship regional titles would lead to the market being dominated by just two companies – Reach and Newsquest. Both organisations have been relentless in reducing original content and the provision of local professional journalism.

“The union is concerned that decisions on editorial policy and news gathering and practice will be concentrated in the hands of fewer and fewer people and so we are calling on parliamentarians to investigate the lack of media plurality in Britain.

“The NUJ has been warning for years about the trend towards growing media monopolies and the reducing number of companies that own all newspaper titles and their associated websites. It has a profoundly damaging impact on public debate and democracy.

“This latest move is alarming; the NUJ is calling for meaningful engagement with the company and is seeking specific guarantees on realistic, sustainable staffing levels and job security.”

In her speech today to representatives of comedy in all its forms, including members of the media, Ms Burns said : “Where else can up and coming or new comedian get reviewed, if not here? It’s critical for the development of their careers. It’s serious.

“This festival is like a jigsaw, every piece must be in the right place or the whole picture doesn’t work.

“The threat to our newspapers is becoming the missing piece. What has been a concern for some time is now a crisis.

“Yesterday, The Scotsman made a statement in its paper.

“Just before the Festival started we nearly lost the Scotsman’s daily festival supplement with its huge range of features, reviews and its Fringe First Awards.”

She explained that it was only a last minute support package from the four big venues which make up EdFest, Underbelly, Gilded Balloon, Pleasance and Assembly, which saved The Scotsman’s Festival supplement.

“The Scotsman has given enormous support to this festival from day one and has a special relationship with it. Through their Fringe First they guarantee to see every new play, they champion new theatre makers just as Dave’s Edinburgh Comedy Awards champions new and up and coming comedians.

“Losing the Fringe Firsts, and losing the review supplement, would have been a disaster for all performers. Both have been saved by swift and decisive action. The University of Edinburgh is partnering the Fringe Firsts and the four big venues Assembly, Gilded Balloon, Pleasance and Underbelly are sponsoring the reviews supplement which has promised a whopping 900 reviews. All whilst guaranteeing the independence and integrity of the paper and its journalists. Quite right.

“Now, the Big Four get a fair amount of stick but right now as far as I’m concerned they are the Fabulous Four. So just for once, let’s say thank you. Let’s hear a really big cheer for Bill, Karen, Anthony, Ed and Charlie.”

You can help The Edinburgh Reporter to keep producing news online and in our monthly newspaper and maintaining this free of charge to you by making a small donation. Click here.

Nica Burns OBE is an Edinburgh Fringe veteran, a multi-award winning producer of over 100 productions and Chief Executive and co-owner of Nimax Theatres, which owns the Palace, Lyric, Apollo, Garrick and Vaudeville Theatres in London’s West End. Working with her development partners Derwent London Ltd and Crossrail, she is building a new theatre on Charing Cross Road, due for completion in 2021.

As a young actress she brought her own production to Edinburgh of a play she’d co-written. A fantastic review in The Scotsman by Mario Relich sold it out and changed her life. She’s been  back to the Edinburgh Festival Fringe every year since.

You can help The Edinburgh Reporter to keep producing news online and in our monthly newspaper and maintaining this free of charge to you by making a small donation. Click here.